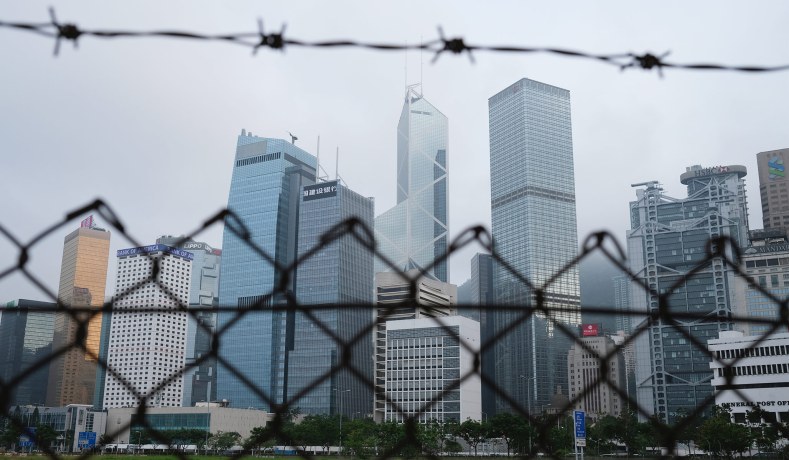 Hong Kong’s banks have played a significant role in facilitating the Chinese Communist Party’s crackdown on the city’s pro-democracy movement. I wrote about this trend — Beijing’s efforts to flood the city with “red capital” — and how it is a CCP political-influence strategy, in an article this morning.

The role of financial institutions in these efforts is worth revisiting in light of a State Department move yesterday to subject 24 officials — including the head of the shadowy United Front Work Department and several members of the National People’s Congress — to sanctions for their role in undermining Hong Kong’s autonomy. The Biden administration can still inflict pain on the CCP if it goes after complicit financial institutions in the city.

Red capital in Hong Kong has been an effective political instrument for years, but the way in which banks have helped the authorities clamp down on the protest movement grew even more pronounced with the 2019 demonstrations against a proposed extradition bill.

As I note in my piece, which looks at a recent report by the nonprofit Hong Kong Watch, certain banks (HSBC is perhaps the worst offender) have complied with demands to shut accounts affiliated with the protest movement and its leaders. Post-NSL, the situation has worsened: “Since the National Security Law came into force in July 2020, wealth managers at HSBC, Standard Chartered, Credit Suisse, and UBS, have reported that they are examining their clients in Hong Kong for ties to the pro-democracy movement to ensure that they do not fall foul of the new law,” write the authors of the report.

One tool with which governments can counter the Party’s manipulation of financial institutions is through sanctions that target those banks.

The president gained the ability to impose such penalties, following Congress’s passage of the Hong Kong Autonomy Act last summer. The legislation requires that the secretary of state compile a list of officials complicit in undermining Hong Kong’s autonomy. After the government names those individuals, it may also sanction the banks that continue to do business with them, after it identifies those institutions.

The Trump administration initially added ten officials to its list in October and submitted an additional report to Congress in December stating that the Treasury Department has not identified any financial institution that has conducted a transaction with the individuals on the list.

With Blinken’s designation of two dozen more officials, he and Treasury secretary Janet Yellen have 60 days from yesterday to tell Congress whether they have identified any banks doing business with the 24 officials in question. If they do so, they’ll make use of a powerful weapon in their arsenal — and open a new front in the fight for Hong Kong.

Was Reagan Right to Call Daniel Ortega a “Dictator in Designer...