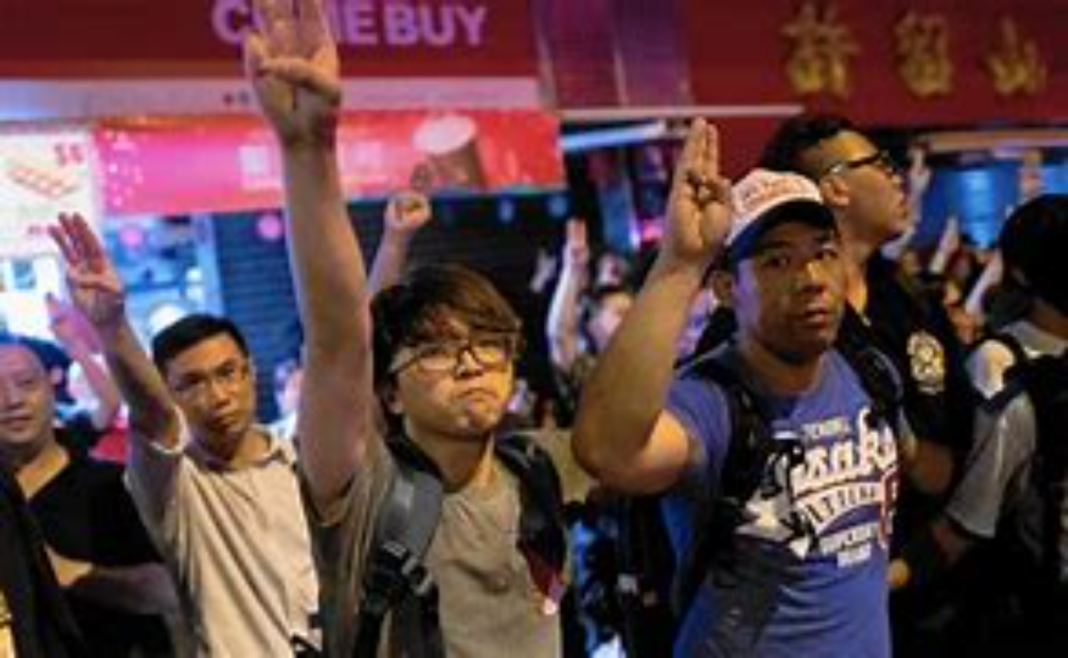 Let me offer a couple of links, to two podcasts: to Q&A, with Nathan Law; and to Music for a While, my latest episode. The music podcast is named after a famous Purcell song. The podcast is indeed intended to give you some music for a while — a break away from the tumult of politics and the rest of life (although music can be pretty tumultuous itself). In this latest episode, I have a pretty good variety: of the familiar, the unfamiliar, the once familiar, and so on. Give it a spin.

Nathan Law is a young democracy leader from Hong Kong. Born in 1993, he became the youngest person ever elected to the Legislative Council. He was 23 when he was voted into that body. His oathtaking was controversial, in that he stated his beliefs, which are pro-democracy and pro-freedom. He was kicked out of the council. Later, he was put in jail.

Last summer, the infamous “national-security law” was imposed on Hong Kong. Nathan Law went into exile, to England. He has not ceased working for Hong Kong, however.

We begin our discussion with some of the latest news out of his home city: the raid on the offices of Apple Daily, and the arrest of its editor in chief and other editors and directors. We continue with some personal questions: Does Law feel like a Chinese person or a Hong Kong person or what? What inspired him to be a student activist, and later a politician, when he could have had a quieter, and probably more prosperous, life? What was his jail term like? And so on.

Elsewhere in our discussion, we discuss Hong Kong’s past, its present, and its future.

Toward the end of our discussion, I recall the words of Sir Edward Grey, in August 1914: “The lights are going out all over Europe.” (Originally, he said “lamps,” but the statement has come down to us differently.) Have the lights gone out in Hong Kong? Or is there still a flicker for that city? I further ask what the rest of the world can do.

Mr. Law says that Hong Kong people are walking through a dark tunnel. And each person is a spark of light. They don’t know how long the tunnel is, or what they will find at its end. What the “international community” can do is “stand with us,” says Law, and “walk in that tunnel with us, and implement policies that could hold China accountable, and that make us feel that we are supported and encouraged to walk one more mile. I think that’s the least we can all do.”

He is an extraordinary person, with much to say about a critical situation. Again, to hear him, go here.