A woman shows confirmation of her appointment as she enters a sports centre to receive Chinas Sinovac COVID-19 coronavirus vaccine in the Kowloon Bay district of Hong Kong on February 26, 2021. (Photo by ISAAC LAWRENCE / AFP)

Hong Kong said it aims to vaccinate all adults by the end of the year.

Similarly, South Korea started its inoculation campaign also Friday with a plan to inoculate 70 percent of its population within seven months.

Hong Kong and South Korea were among the first to experience new coronavirus outbreaks after the SARS-CoV-2 spread from central China early last year.

But both countries kept infections comparatively low thanks to strict quarantine measures for arrivals, widely adhered to social distancing measures, and effective trace and test programs.

These latest campaigns come after New Zealand and Australia launched their Covid-19 inoculations over the weekend.

While the United States and Europe have rapidly vaccinated millions against Covid-19, many places in the Asia-Pacific that have battled the pandemic comparatively well have taken a slower approach to administering the jabs.

Though China has so far given the second-highest number of doses in the world at over 40 million, it fell short of its goal to vaccinate 50 million before mid-February.

In Japan, health experts fear a history of vaccine controversies may lead to hesitancy when coronavirus shots become widely available there.

In a bid to boost public confidence, South Korea televised the first shot given at a public health center in Seoul on Friday morning, with President Moon Jae-in looking on.

Prime Minister Chung Sye-kyun urged all citizens to take the jabs: “Let us all take every step forward to return to those days that we miss.”

In Hong Kong, jabs were first given to members of the public on Friday. But officials may face an uphill task persuading residents to take the Chinese-made Sinovac vaccines in a city where public distrust of Beijing runs deep. 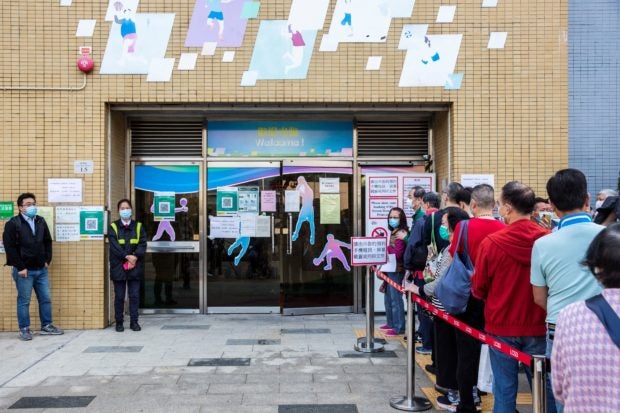 Unlike rival vaccines, Sinovac has yet to submit its third-phase clinical trial data to medical journals for peer review.

Data given out by the company so far suggests a lower efficacy rate of between 50-62 percent.

But demand so far has been strong in Hong Kong, where some 70,000 people have booked all currently available appointments for the injections.

“I’m not worried,” one elderly lady told reporters outside a vaccination center on Friday morning.

“I have absolute confidence in the products of our mother country.”

Hong Kong’s government said it has pre-ordered 22.5 million vaccines for the city of 7.5 million from three companies: Sinovac, BioNTech, and AstraZeneca.

A shipment of BioNTech vaccines was earmarked to arrive on Thursday but officials said it had been delayed.

Hopes are high that the inoculations will allow the world to finally emerge from a pandemic that has killed more than 2.4 million, infected 112 million and hammered the global economy.

Coronavirus: Why EU lags behind China and Russia in ASEAN vaccine diplomacy | Asia| An in-depth look at news from across the continent |...

Iran is violating its JCPOA obligations, pressuring US: Former US official

Trump is Jealous of the Power Mitch McConnell Wields

Middle East April 15, 2021
The title of the page
Go to mobile version