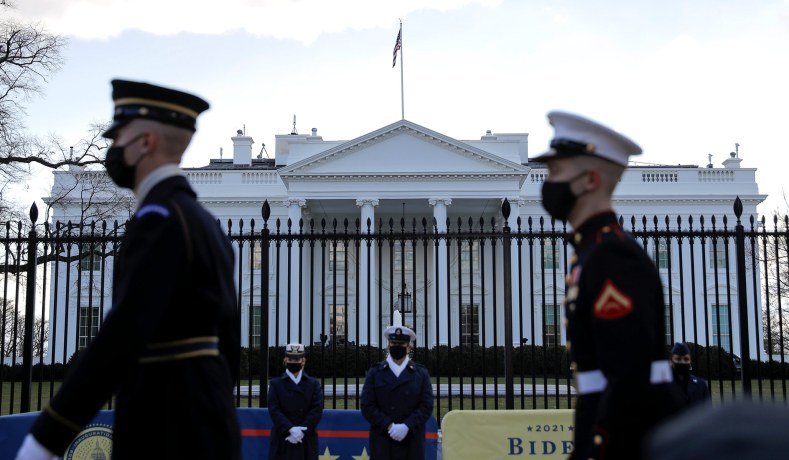 Every once in a while, you run across a story and feel like it should be a much bigger deal:

Federal agencies are investigating at least two possible incidents on US soil, including one near the White House in November of last year, that appear similar to mysterious, invisible attacks that have led to debilitating symptoms for dozens of US personnel abroad.

Multiple sources familiar with the matter tell CNN that while the Pentagon and other agencies probing the matter have reached no clear conclusions on what happened, the fact that such an attack might have taken place so close to the White House is particularly alarming.

Defense officials briefed lawmakers on the Senate and House Armed Services Committees on the matter earlier this month, including on the incident near the White House. That incident, which occurred near the Ellipse, the large oval lawn on the south side of the White House, sickened one National Security Council official, according to multiple current and former US officials and sources familiar with the matter.

In a separate 2019 episode, a White House official reported a similar attack while walking her dog in a Virginia suburb just outside Washington, GQ reported last year.

Moreover, in 2016 and 2017, several dozen U.S. diplomats and intelligence officers (and a number of Canadian officials) stationed in Cuba suffered severe headaches, nausea, dizziness, and loss of hearing and memory. Similar symptoms also afflicted American officials in China, Russia, and other countries in 2018–19. After several years of investigations, experts indicated that the most probable cause of the brain damage was “radiofrequency energy” — a type of radiation likely spurred by high-intensity microwave beams. Strong evidence points to “malicious, directed, and pulsed attacks.” The suspected perpetrator seems to be Russia, which has done significant research on pulsed-radiofrequency technology. The U.S. Defense Intelligence Agency reportedly warned in 1976 that Soviet research on microwaves showed great promise for “disrupting the behavior patterns of military or diplomatic personnel.” Regarding Cuba now, there seems to be an additional Russian objective: weakening U.S. and Canadian intelligence on the island by forcing the evacuation of afflicted spies and diplomatic personnel. And the accomplice: the Castro regime. Accountability is a matter of urgency and should precede any new détente with Cuba. History tells us that impunity, if allowed to stand, is an invitation to more aggression.

Using these sorts of weapons against diplomats overseas is bad enough. But using it against Americans in Washington, right near the White House? Short of a direct military or terrorist attack, it’s hard to imagine a more provocative act by a hostile power.

Q    Mr. President, what do you know about this supposed direct energy attack on the Ellipse and the person who was injured?

THE PRESIDENT:  I don’t know anything about it.

Q    So you have not been briefed on it?

THE PRESIDENT:  I have not been briefed on it.