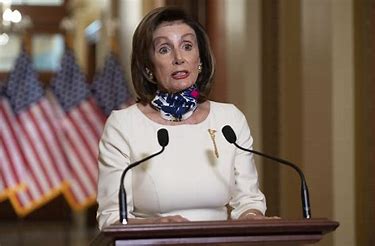 On a party-line vote, the House narrowly passed a $737 billion measure Friday to dramatically expand green energy subsidies and health care programs while nearly doubling the size of the Internal Revenue Service.

As Republicans decried the inclusion of about $740 billion in new tax revenues, the bill that Democrats dub the Inflation Reduction Act cleared the House at 5:42 p.m. by a vote of 220-207 along party lines.

The vote followed hours of debate.

“Today we make good on our promise to take on climate change and climate justice with historic investment in green technology that will cut carbon emissions by 40% by 2030, create over 9 million good-paying jobs, put $60 billion into environmental justice, and cut energy costs for the average American family by almost $1,000 per year,” Rep. Pramila Jayapal, D-Wash., said in remarks on the House floor.

“For the first time we take on big pharma’s price gouging, finally allowing Medicare to negotiate prescription drug prices,” said Jayapal, who was first elected in 2016 and chairs the House’s Progressive Caucus.

The Senate voted Sunday evening, also along party lines, to pass the package, which President Joe Biden has said he would sign.

“My colleagues now today are going to dump hundreds of billions of dollars into corporate America, screwing over the American people every single day with tax audits, increased energy prices, and increased taxes,” Roy said. “Congratulations. Take that to the polls.”

The bill allocates $79.6 billion to expanding the IRS to boost revenue to pay for Democrats’ pet programs.

Estimates show that 57.3% of the Treasury Department’s estimated 86,852 new IRS agents—or fewer than 50,000—would be assigned to tax enforcement. That calculation is based on $45.6 billion of the $79.6 billion increase for the IRS being dedicated to enforcement activities.

Biden and other Democrats have argued that no American making less than $400,000 per year would be audited by the IRS.

Although Biden and the Democrats assert that no one earning less than $400,000 a year will face new taxes, other analysts project that the bill will impose a $4,500 tax increase on the average American over the next decade.

The bill also includes limits on the sale of oil and natural gas leases on federal lands.

The next Congress and next president should reverse Democrats’ legislation, said Matthew Dickerson, director of the Hermann Center for the Federal Budget at The Heritage Foundation, parent organization of The Daily Signal.

“The new spending, tax increases, manipulative subsidies, and price controls in the act will only make stagflation worse. [A total of] 87,000 new IRS agents will increase audits for small businesses and middle-class and working taxpayers,” Dickerson said in a prepared statement, adding:

Harmful new taxes will reduce investment and be shouldered by workers, violating President Biden’s pledge to not increase taxes on working Americans. Hundreds of billions of dollars in taxpayer-funded corporate welfare will subsidize special interests and drive up energy costs for consumers. And the bill will reduce access to life-saving medical advances.

An analysis of the so-called Inflation Reduction Act by the Wharton School at the University of Pennsylvania says, in part: “The Act would very slightly increase inflation until 2024 and decrease inflation thereafter. These point estimates are statistically indistinguishable from zero, thereby indicating low confidence that the legislation will have any impact on inflation.”

“Americans are suffering,” Rep. Jason Smith, R-Mo., said in remarks on the House floor. “Are we here to debate how we alleviate that suffering?  No. We are debating what Democrats call the Inflation Reduction Act, which everyone from the Congressional Budget Office to 230 different economists—even Sen. Bernie Sanders—says will not actually reduce inflation.”

Smith said that stripping away the “fake sunset policies,” the bill would spend $745 billion and add $146 billion to the national debt, with $54 billion of that debt in the first five years.

How is that going to put out the fire of inflation when the price of groceries is up 13.1% over the past year? … [The bill] doubles the size of the IRS so it can target and audit more middle-class families and snoop into their bank accounts. I’m not sure how subjecting Americans to more audits solves the inflation crisis.

However, Rep. Jim McGovern, D-Mass., called the legislation a bold step forward that his party should be proud of.

“I am proud of what we are doing here. I am proud that we are finally allowing drug prices to be negotiated, to lower those costs,” McGovern said, adding: