Roce Today – Politics, Opinions, Gun Rights,Pro-Life and Border Wall
Home Politics How about a new class of minors being created for Central Americans... 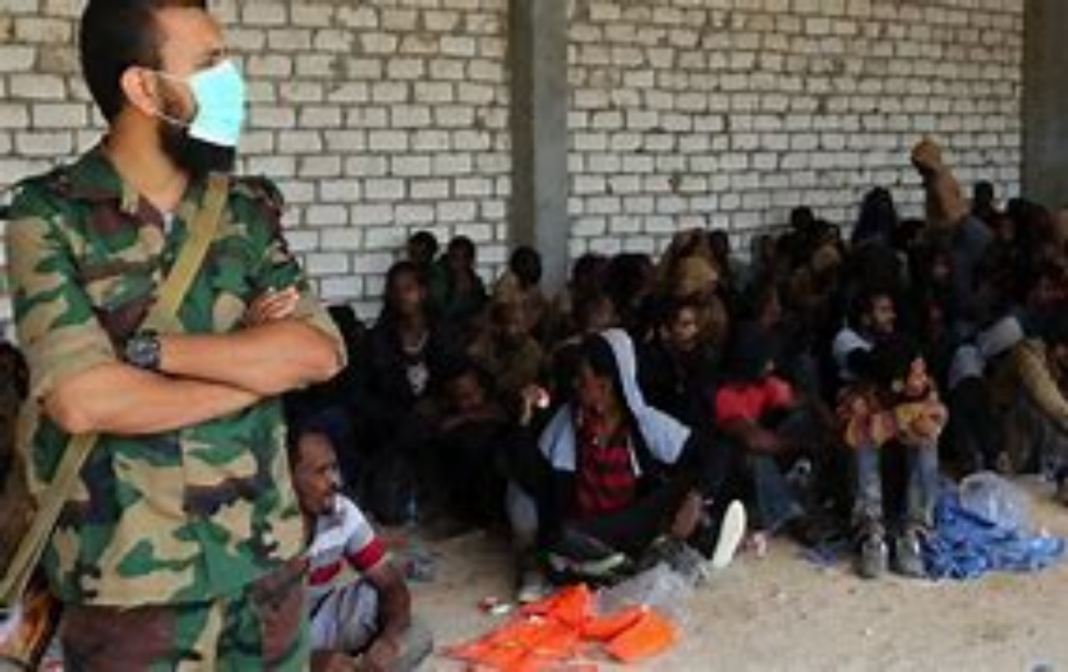 Joe Biden is doing just that in order to create more ways for Central Americans to legally come to the United States. In this case, the minors will board planes and fly right into the U.S., with the administration’s approval.

Joe Biden and his administration are overwhelmed with the border crisis he created on the southern border. As we know, Biden doesn’t actually have any new ideas of his own and this decision is no different. He is bringing back a program initiated by Barack Obama in 2014. The Central American Minors program is specifically for people under the age of 21 in Northern Triangle countries – Guatemala, El Salvador, and Honduras. This group typically makes up the largest group of migrants who are flooding the U.S.-Mexico border. Biden’s reincarnation of the Central American Minors program potentially makes tens of thousands of children newly eligible to participate in the program. State Department deputy spokeswoman Jalina Porter said the program allows them to board flights to the U.S. with government permission.

This is appeasement to the open borders wing of the Democrat Party. At the time he created the program, Obama was handling his own southern border crisis. Obama wanted to find a way for unaccompanied minors to cross the border safely. It is one more example of Joe Biden’s unwinding successful border policies of the Trump administration. Trump stopped the program in 2017. He rightfully said that it was a pathway to legal residency or citizenship that had been created without congressional approval. Biden restarted the program on March 10.

The minors are eligible for a plane ride if they have a parent living legally in the U.S. or has temporary protection from deportation. That should be a low enough bar, considering that Biden put a freeze on deportations during his very first day in office.

Under the original program, Central American minors would be eligible to come to the U.S. if they had one parent living legally in the country—either as a permanent resident or a person covered by a program offering temporary protection from deportation, such as Salvadorans living in the U.S. with Temporary Protected Status.

Children could apply for refugee status or another form of permission to enter the U.S. known as humanitarian parole, which could be subject to renewal but wouldn’t provide the applicant a legal immigration status.

The problem with this program is that it doesn’t work. Obama thought it would ease the flood of migrants at the southern border in 2014 but it did not.

Even after the program was created, the U.S. saw another surge of unaccompanied children in 2016, with 59,692 crossing the border illegally, according to government data. Many of those children wouldn’t have qualified under the program’s criteria.

Tuesday’s expansion will make children eligible if they have either a legal guardian in the U.S. or a parent who is waiting to have a visa application or an asylum case decided.

Administration officials have previously said that about 40% of the unaccompanied children who arrived this year came to reunite with a parent. Under those new criteria, nearly all of them would likely qualify.

Though the program was restarted in March, no applications have been accepted, according to Ricardo Zuniga, U.S. special envoy for Guatemala, Honduras, and El Salvador. He cites logistical challenges. The topic is said to have come up while Kamala was in Guatemala. Now the program is back in the news. That’s not a coincidence. Liberal open border groups are applying pressure to the Biden administration to do more for migrants, legal or not, and that includes blanket amnesty for those already here. Biden’s program for Central American minors can create a whole new source of future Democrat voters.

There are a couple of interesting articles on Biden’s treatment of unaccompanied minors apprehended at the southern border. Mexicans are treated differently than those from the Northern Triangle. The Mexican children are most often sent back across the border while the Central Americans are allowed to stay. This piece cites Amnesty International, so consider the source.

Biden has halted deportation of unaccompanied children from other countries, a shift welcomed by immigrant advocates.

But Customs and Border Protection continues to turn back children from Mexico, even though many are fleeing the same sorts of violence as migrants from Guatemala, Honduras and El Salvador who account for a huge spike in migration in recent months — and who do not face immediate deportation.

About 50,000 migrants classified as “unaccompanied alien children,” or UACs, have attempted to cross the border since Biden’s Jan. 20 inauguration, according to CBP data.

About one in five are Mexican, and 95% of those are expelled almost immediately, with no change in the pace of expulsions since Biden took over, according to Brian Griffey, the author and lead researcher on the Amnesty International report.

“Contrary to Biden’s promise to stop turning away unaccompanied kids to potential harm at the border, they are still returning almost all unaccompanied Mexican children, clearly on the discriminatory basis of their nationality, rather than on a real determination that they’re safe to be returned to Mexico,” Griffey said.

The Los Angeles Times also cited the Amnesty International report. The newspaper also claims that Mexican children are being sent back to Mexico without being handed over to the Office of Refugee Resettlement, as children from Northern Triangle countries are handled. It says that 95% of Mexican children apprehended by Border Patrol were sent back without going to the Office of Refugee Resettlement. They are not being properly screened for human trafficking.

While the law that requires unaccompanied children to be placed in ORR custody includes an exception for children from contiguous countries, that law also requires that Mexican children be screened for potential human trafficking as well as potential asylum claims before they can be repatriated. But according to Brian Griffey, a researcher with Amnesty International, numerous interviews conducted by researchers for the report suggested that these screenings do not happen to the extent required by law.

“It’s something that we heard again and again from Mexican officials, from shelter managers in the north of Mexico and from migrant kids themselves, that these Border Patrol agents and CBP [Customs and Border Protection] officials were not seriously assessing what harm these kids could face if returned,” Griffey said. “And you know it’s bad when Mexican officials are telling us that the U.S. is sending back Mexican kids to danger.”

The Biden administration is creating a new class of migrants. Just as Obama did with the initial program and also with DACA, Democrats continue to look for ways to skirt the law and allow in illegal immigrants. New titles and labels don’t change the fact that these people are jumping the line over immigrants who are doing it the right and legal way. The humanitarian crisis on the southern border is of Joe Biden’s own doing. This revitalized program will not put a halt to those flooding the southern border now.