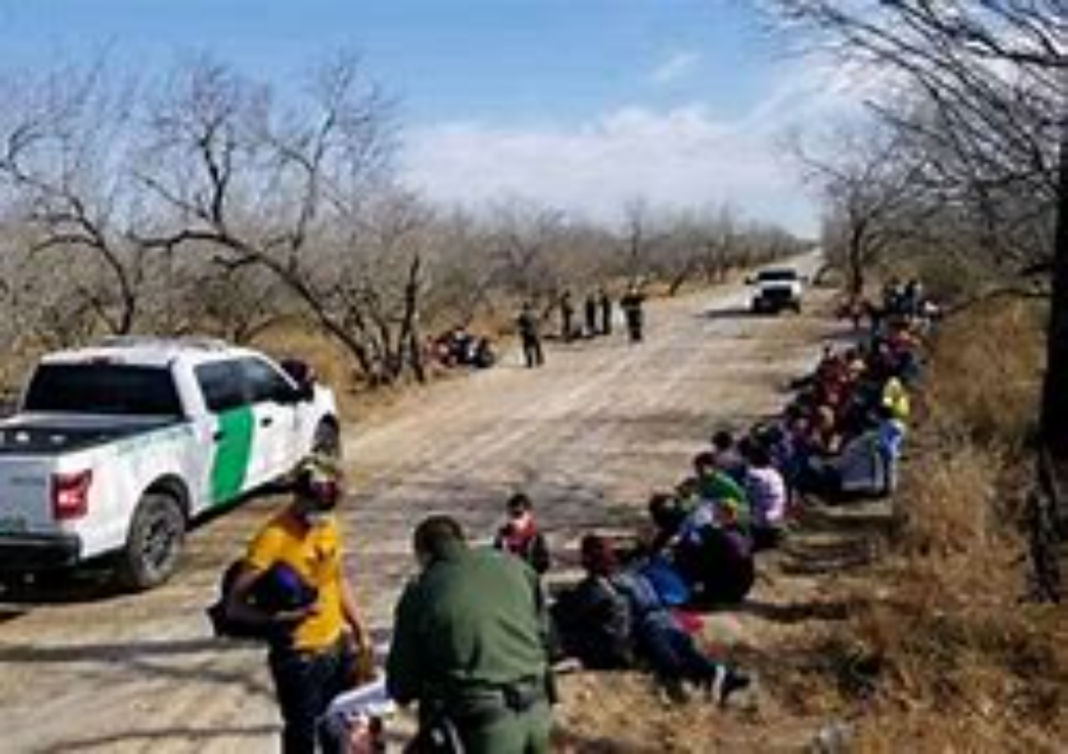 Border officials reported an increase in the number of encounters with migrants at the southern border in June, out of line with the Biden administration’s attribution to seasonal migration and historical trends showing a decrease in encounters after May.

The number of encounters at the southern border was “somewhat overstated” due to pandemic-related expulsions allowing for migrants to attempt illegal entry several times, according to Customs and Border Protection.

Still, officials have encountered an increasing number of migrant families and unaccompanied minors, most of whom are seeking refuge in the United States because of natural disasters and collapsing governments in Central America, according to the Biden administration.

“The truth of the matter is: Nothing has changed,” President Joe Biden said in April, Fox News reported. “It happens every single, solitary year: There is a significant increase in the number of people coming to the border in the winter months of January, February, March. That happens every year.”

Besides Biden, several administration officials, including White House press secretary Jen Psaki, attributed the record-high number of encounters to seasonal migration patterns, according to Fox News. Some experts predicted the numbers would start decreasing in June as they have in previous years, The Washington Post reported March 23.

Border officials encountered fewer single adults at the southern border in June, in line with trends over previous years, though they encountered more unaccompanied migrant minors and family units, according to Customs and Border Protection data.

However, border officials encountered around 78,000 migrants in January, around 180,600 in May, and a record high of nearly 190,000 people in June, according to Customs and Border Protection.

“When it came to many of the predictions, personally, I call them intentionally misleading the American people,” Mark Morgan, former acting commissioner of Customs and Border Protection in the Trump administration and now a visiting fellow at The Heritage Foundation, told The Daily Caller News Foundation Tuesday.

“There are a couple of camps within the Biden administration. I believe there are ideologues that are blinded by their ideologic hubris and it just makes them ignorant with respect to what is actually happening on the border,” Morgan said.

The seasonal patterns are most reflected in encounters with single adults, who typically seek to enter the U.S. for different reasons than families and unaccompanied children do, American Immigration Council policy counsel Aaron Reichlin-Melnick told The Daily Caller News Foundation Thursday.

“Over the past year, the largest group of people coming to the border have been single adults, who make up 66% of all apprehensions this year. This group has traditionally been the group most affected by seasonal patterns,” Reichlin-Melnick told The Daily Caller News Foundation.

“By contrast, the arrival of families and children who are seeking asylum do not display the same amount of seasonal patterns as single adults, as they are driven more by conditions in their home country which can occur at any time,” he added.

Border officials have encountered more than 900,000 migrants at the southern border since January and nearly 567,000 of those encountered were rapidly expelled under Trump-era public health order Title 42, according to Customs and Border Protection.

Of those encountered since January, nearly 588,000 were single adults. The number of reported encounters with single adults peaked in May at 121,600 and decreased to 117,600 encounters in June.

“The large number of expulsions during the pandemic has contributed to a larger-than-usual number of migrants making multiple border crossing attempts, which means that total encounters somewhat overstate the number of unique individuals arriving at the border,” according to Customs and Border Protection. “34% of encounters in June 2021 were individuals who had at least one prior encounter in the previous 12 months.”

Several migrants have attempted to illegally enter the U.S. multiple times, skewing the reported encounters data, according to Customs and Border Protection. Border officials encountered nearly 124,000 “unique individuals,” migrants without a record of previous encounters, in June and have encountered around 454,900 migrants in the fiscal year 2021 compared with 489,760 during the same time frame in 2019.

“The so-called experts suggested that these unusual migration trends were merely ‘seasonal,’” Federation for American Immigration Reform spokesperson Matthew Tragesser told The Daily Caller News Foundation Monday. “These alarming trends are not seasonal. The Biden administration has created this situation as its policies have erased the nation’s southern border security and eliminated virtually all interior immigration enforcement.”

The Biden administration is expected to keep Title 42 restrictions in place through August, a Department of Homeland Security official reportedly told The Monitor. Title 42 was implemented in March 2020 in response to the COVID-19 pandemic and border officials have used the order to rapidly expel most migrants to the country from which they illegally entered the U.S., according to Customs and Border Protection.

“However, because more unaccompanied children and families came to the border in June than in May, the overall number of apprehensions rose by 3.3%. The overall encounters numbers also rose a bit more than that as the Biden administration began the process of restoring access to asylum at ports of entry.”

Customs and Border Protection officials encountered around 15,200 unaccompanied migrant minors in June, up from about 14,100 in May, according to the agency. Customs and Border Protection had nearly 1,700 unaccompanied minors in custody as of Wednesday, while another 14,200 were in Department of Health and Human Services custody, according to the agency.

Officials also encountered 55,800 migrants traveling as family units in June, an increase from around 44,700 in May, according to Customs and Border Protection. A majority of family units were rapidly expelled under Title 42 provisions, though some have been allowed to enter the U.S., USA Today reported.

The number of encounters of single adults increased after lockdowns were lifted in Central America and Mexico in April 2020 from nearly 15,000 to around 62,000 in December 2020, according to the American Immigration Council.

“Numbers of encounters at the border have been rising since April 2020, due to several factors, including ongoing violence, insecurity, and famine in the Northern Triangle countries of Central America,” a Customs and Border Protection spokesperson told The Daily Caller News Foundation Thursday. “As it always has, the number of individuals crossing the border continues to fluctuate and we continue to adapt accordingly.”

The White House did not respond to The Daily Caller News Foundation’s request for comment.