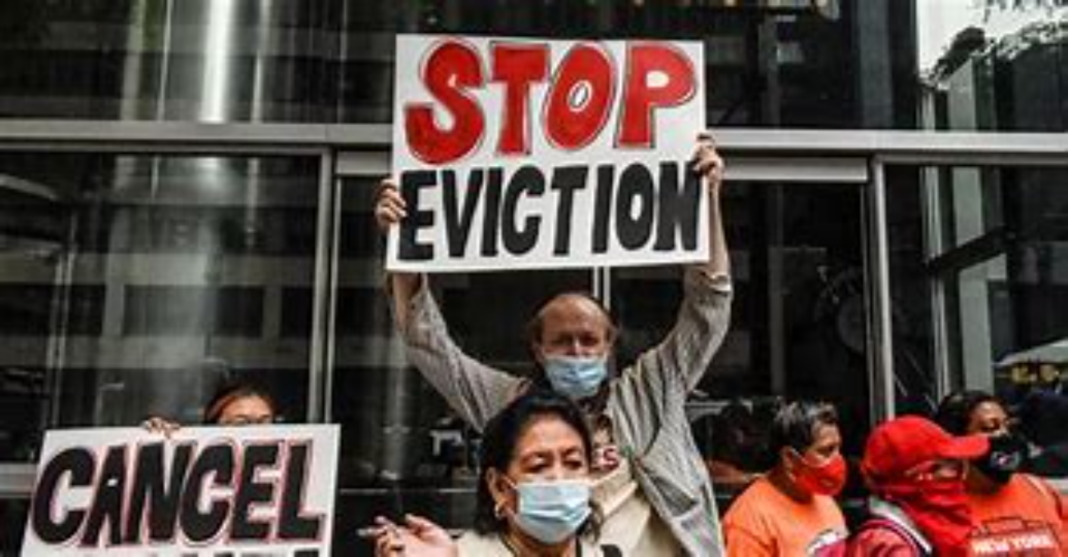 President Biden’s illegal eviction-moratorium edict is headed back to the Supreme Court.

Rich and I discussed this briefly on our TMR podcast today, including the likelihood that the realtors’ group that is suing the administration (specifically, the CDC) would lose in their effort to get the stay lifted. As I explained, the three-panel on the case included Judges Cornelia Pillard and Ketanji Brown Jackson, respectively, Obama and Biden appointees, along with Judge Neomi Rao, a Trump appointee.

I confess to being a tad surprised that Judge Rao agreed with her colleagues that the stay on the moratorium should not be disturbed. The Circuit’s short order does not go into detail regarding the court’s reasoning, but I suspect there are two explanations for this.

First, Judge Rao may have felt bound by the same circuit precedent by which District Judge Dabney Friedrich deemed her hands tied. (Dan has previously explained this, and Leslie McAdoo Gordon had a good post on it at Red State.) In a nutshell, even though the Supreme Court made it clear that five justices — a majority — believe that the eviction moratorium is illegal, at least in the absence of express, specific congressional authorization, there was no formal majority opinion in support of that proposition. There is D.C. Circuit precedent for the proposition that lower courts may not construct a binding precedent by combining dissenting votes with a concurring opinion. Like Judge Friedrich, Judge Rao would have had to buck that precedent in order to vote against keeping the stay in place; it could be hard to justify doing that in any event, but it would probably not be worth the effort unless it would make a difference, which it would not have unless two judges decided to do it.

Second, by agreeing on a peremptory order, the panel ensured a quick decision. This means the case will be before the Supreme Court expeditiously — I imagine the realtors are already filing.

On that point, the D.C. Circuit deserves kudos. The judges, including those presumably sympathetic to Biden’s position, could have dragged their feet. That, after all, is the administration’s strategy: The president knows he is highly likely to lose, but was hoping to tie things up in the lower courts long enough that the moratorium, which expires in September, might be moot by the time it gets back to the Supremes. But the panel did not help the administration on that score. The judges admirably agreed to an extraordinarily expedited schedule last week, ensured that the case was fully submitted by midweek, and issued an order before close of business Friday. That is lightning quick by appellate-litigation standards.

The High Court should follow this example. Given the way Biden has abusively exploited the judicial process to sustain a decree he knows is likely to be found unlawful, the justices owe his administration a harsh rebuke. The merits of the case are important, but they are secondary to the bad faith. The Court needs to defend the judiciary as an institution by insisting that the government, above all other litigants, must not convert due process and judicious deliberation, which are supposed to promote fairness, into a punitive weapon.