Home News How many fully vaccinated people have been hospitalized? 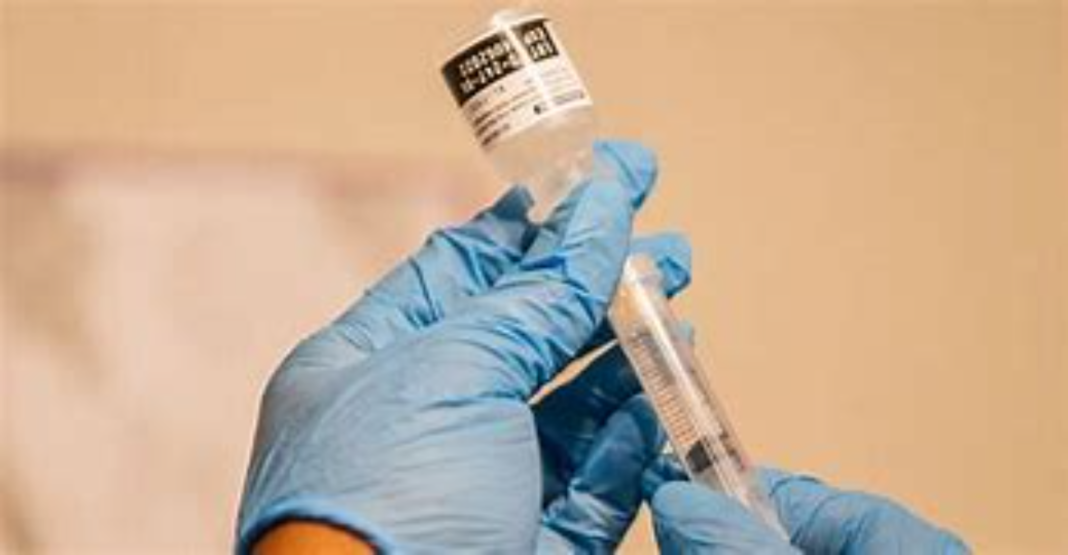 For all the numbers the CDC routinely tosses around about COVID, they’ve conspicuously stayed away from this one. I assume that’s due to the same logic that led them to stop counting “mild” breakthrough infections months ago. They’re in a messaging war with anti-vaxxers and are desperate to win it by convincing holdouts to get their shots. Anything they say that might undermine perceptions of the vaccine’s efficacy will be used against them. And not just by hardcore vaccine opponents: Anti-mandate politicians like Ron DeSantis have begun to downplay the vaccine’s ability to limit transmission, knowing how that weakens the case for requiring skeptics to get immunized for the good of their community.

And who are those people, exactly? Do they have anything in common?

Not surprisingly, they do. Severe breakthrough cases follow the same pattern as severe cases in unvaccinated people, the Journal found, in that those who are older and/or have underlying conditions are more likely to have bad outcomes. If you’re a senior citizen, especially a senior citizen with a major comorbidity, vaccination unfortunately isn’t an ironclad guarantee that you’ll survive a bout with COVID. If you’re younger, especially if you’re in good health otherwise, it basically is.

State reporting is inconsistent but collectively shows there have been more than 1.89 million cases and at least 72,000 hospitalizations and 20,000 deaths among fully vaccinated people in the U.S. this year, the Journal found…

The Journal reviewed medical-record data for a total of more than 21 million fully vaccinated people, and an array of state reports, to compile its analysis. In particular, people with diabetes, chronic lung disease, kidney disease and compromised immune systems were at risk of serious outcomes from breakthrough cases, the data show…

The Epic Health Research Network’s cumulative data show about 1.2% of fully vaccinated people had a breakthrough case, similar to findings among states that publicize such data. The company also found a tipping point for breakthrough cases at about 20 to 22 weeks after people got their latest shot. Georgia found something similar while measuring the gap between when people became fully vaccinated and tested positive for Covid-19.

Almost 20 percent of fully vaccinated senior citizens who tested positive for COVID needed hospital care. By comparison, just 3.35 percent or less of fully vaccinated people 49 or under did. Note the timetable in the last paragraph above, too. It’s the combination of underlying conditions *and* waning immunity that seems to leave the fully vaccinated exposed to severe breakthrough infections. The bottom line for seniors and other people with health conditions: Run, don’t walk, to get that booster shot and restore yourself to full protection before the virus happens to catch you at a moment when your immunity has fallen off. The Journal doesn’t have data on when people were vaccinated relative to when they developed a severe case of COVID but it’s a safe bet that most were several months on from their first two doses before they were laid low.

It’s hard to slice and dice COVID data in the age of vaccination since the share of the population that’s been immunized and the share that’s acquired natural immunity are moving targets over time. But here’s a basic calculation. If the Journal’s data on breakthrough deaths is accurate, it means that 95 percent or so of America’s 385,000 deaths from COVID this year have come from unvaccinated people despite the fact that they now represent a minority of the U.S. population (59.1 percent are fully vaccinated). And that minority includes most children, of course, who almost never have trouble with COVID. Which means virtually all of the dying in the U.S. is being done by unvaccinated adults.

If it’s true that 72,000 vaccinated people have been hospitalized due to breakthrough infections, that shakes out to a rate of .04 percent of America’s 183 million fully vaccinated adults. The death rate within the same group per the Journal’s numbers is .01 percent. By contrast, if the remaining population of 75 million unvaccinated adults were responsible for the other 365,000 deaths the country has suffered this year, that’s a fatality rate of .5 percent — 50 times the rate of the vaccinated group. Although, again, because the unvaccinated population has shrunk dramatically in the past 10 months, that doubtless overstates the rate. (This is what I mean by moving targets.) The latest CDC data finds the unvaccinated 14 times more likely to die on average, a meaningful risk.

During the summer Delta wave, also representing > 6 months from first tier of vaccinations, the breakthrough rate for cases and deaths among people 80+ is notable. At peak, deaths by age group and vaccination status shown here pic.twitter.com/55wRpDMCtB

As for infections, if we assume that half of America’s 48 million confirmed cases of COVID happened this year, after vaccines were available, it would mean breakthrough infections make up around eight percent of all cases. That suggests the DeSantises are wrong, that vaccination does help reduce transmission even though it doesn’t eliminate it. Here’s another case study on that from Michigan:

This graphic illustrates nicely why that is argument wrong.

Fifty-four percent of Michigan residents are fully vaccinated yet nearly three-quarters of patients hospitalized in this sample were unvaccinated. Either the vaccinated are getting less infected than the unvaccinated or they’re getting infected at the same rates but having less severe outcomes than the unvaccinated — or both, of course. On the other hand, it’s a cinch that the official data is missing a huge number of breakthrough infections among the vaccinated since someone who develops symptoms after having had two shots may be unlikely to get tested unless those symptoms turn dire. If the Journal’s data is lowballing the risk to the vaccinated, that’s probably where they’re lowballing it, in measuring infections. But boosters can largely eliminate that risk for people, at least for awhile.

I’ll leave you with Scott Gottlieb on the new WSJ numbers.

“At this point we need accept there’s a lot of breakthrough infections happening, particularly for people who are out a significant portion of time from their original vaccination.” @ScottGottliebMD on rising US cases. “This is the argument for people to go out and get boosters.” pic.twitter.com/BtXcJGDP7m