Roce Today – Politics, Opinions, Gun Rights,Pro-Life and Border Wall
Home Politics How many states would pass a pro-choice referendum like Kansas’s if it... 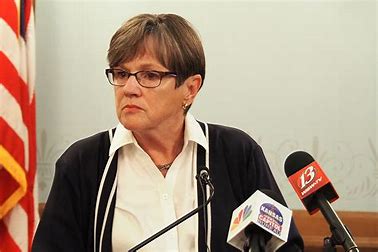 The long answer: No way to know for sure, of course. Different states have different cultural dynamics that would influence the vote. Kansas, for instance, has been said this week to have a habit of being “Republican but not necessarily conservative.” That’s obviously not true of southern states. Kansas’s referendum was also aimed at a ruling of the state supreme court which found a right to abortion in the state’s constitution. All the winning “no” vote did was decline to overturn that ruling. If Kansas voters had been asked to vote on the merits of a six-week ban, a 15-week ban, a ban after viability, and so forth, it’s anyone’s guess how they’d go.

The shorter answer, per Nate Cohn: If a Trump +15 state can produce a 17-point landslide for the pro-choice position on an up-or-down vote on whether to more strictly regulate abortion, it’s a cinch that most other U.S. states would vote the same way.

And when Cohn says “most,” he means … 43 out of 50 based on how demographics tend to predict abortion preferences. Those 43 states include red jurisdictions like Texas, South Carolina, and Tennessee, although the votes in those three would be very close. Ron DeSantis’s Florida, where abortion is currently banned after 15 weeks, would opt for the pro-choice position to the tune of a 57 percent majority.

The only states where the pro-choice position starts off under 50 percent are Utah, Wyoming, Oklahoma, Arkansas, Louisiana, Mississippi, and Alabama, and even in those jurisdictions it’s competitive with the pro-life view, bottoming out at 44 percent.

A lot of Democratic-driven ballot referendums on abortion are in America’s near future, is what I’m saying. And the pro-life side will start as the underdog.

The Kansas vote implies that around 65 percent of voters nationwide would reject a similar initiative to roll back abortion rights, including in more than 40 of the 50 states (a few states on each side are very close to 50-50). This is a rough estimate, based on how demographic characteristics predicted the results of recent abortion referendums. But it is an evidence-based way of arriving at a fairly obvious conclusion: If abortion rights wins 59 percent support in Kansas, it’s doing even better than that nationwide…

Pro-lifers fared better in abortion-related plebiscites in recent years than pro-choicers did but Dobbs may have changed the game for all of the reasons Cohn lists. Legislative initiatives on abortion are no longer academic exercises, destined to be swatted away by the Supreme Court. Votes matter now. And suddenly pro-choicers are turning out.

And not just Democratic pro-choicers. Around one in five Republican primary votes in the Kansas City suburbs voted “no” on the referendum, per WaPo. The commentariat has spent the last few days marveling at this Kansas ad, which framed abortion restrictions as … a government mandate, explicitly comparing them to COVID rules. No wonder there were so many GOP crossovers.

If I had watched that ad without knowing what was on the ballot in Kansas, I wouldn’t have the faintest idea that it was about abortion. The A-word is never mentioned. All the ignorant viewer knows is that those damned big-government busybodies are trying to change the constitution to stick us with another rule no one wants. “Freedom” was a recurring theme during the Kansas ad campaign; it’s destined to feature prominently in pro-choice advertising in other red states too.

The A-word is mentioned in this ad, but watching a pastor talk about “religious freedom” in the context of abortion might instinctively lead you to think that “no” is the pro-life position. Uh, incorrect.

“We definitely used messaging strategies that would work regardless of party affiliation,” one pro-choice organizer told WaPo. “We believe every Kansan has a right to make personal health-care decisions without government overreach — that’s obviously a conservative-friendly talking point. We were not just talking to Democrats.” Kansas will be the playbook for Democrats nationally going forward.

As for the playbook for pro-lifers, Dan McLaughlin makes some prudent suggestions. Conservatives aren’t going to convince Americans to ban abortion without exception anytime soon; the focus in the near-term should be on persuading them to restrict abortions after an initial period of some duration during which abortion will be legal. Fight for the principle that abortion on demand throughout pregnancy is abhorrent, an opinion which much of the public shares. If, when all of this legislative dust clears, Americans have settled for a compromise in which a consensus believes the practice should be banned after 12 weeks, that would be an improvement over the status quo. And it would leave abortion-fanatic Dems on defense.

It requires, in the short term of 2022–23, a laser focus on winning where the wins are within reach, and pushing no further than necessary. If it takes a 15-week, or twelve-week, or six-week ban, if it takes exceptions for rape and incest, or a larger “health” exception than seems prudent: so be it. Once the principle of life is established in a state, incremental progress can be sought later. This is best done legislatively, although that requires bypassing states (such as Kansas) where the judiciary has ruled out democratic lawmaking. The sooner a critical mass of states can be built up where abortion bans of any sort are thinkable and even acceptable, the better. Plant the mustard seeds now, and know that you can sit in their shade later.

Second, and relatedly, be willing to compromise. Compromise is painful when it means leaving some children to their deaths; no later progress can undo that. But it is how progress in a democracy works. And pro-lifers now have the advantage on that score. The pro-life ideology is that all human life is sacred at every stage and should be protected in law, but a law that protects some lives is better than a law that protects no lives. A 15-week abortion ban concedes nothing to principle, as opposed to political reality. By contrast, Democrats’ pro-abortion ideology assumes that any restriction at all is intolerable — even a limit on taxpayers subsidizing abortion — so even to engage in a discussion of compromise is heresy. As pro-lifers, we can use that contrast.

I wonder if we’re destined to see “dueling referendums” on the ballots in states in 2024, some pushed by pro-lifers and other by pro-choicers. That would lead to interesting strategic choices. For instance, if liberals are dumb enough to push an “abortion on demand for nine months” ballot question in some purple state, conservatives would have a choice. They could counter with their own ballot question offering a strict ban instead, or they could counter with one that would ban abortion after 12 weeks. A voter who’s implicitly asked to choose between abortion at any stage of pregnancy and no abortion at all might well choose the former, but a voter who’s asked to choose between abortion at any stage and a ban after the first trimester might opt for the latter. That’s McLaughlin’s point, to make incremental gains in public opinion by meeting voters where they are right now. Doing so might lead them to become more sympathetic to the pro-life position over time.