Roce Today – Politics, Opinions, Gun Rights,Pro-Life and Border Wall
Home Politics How Much More Should We Pay for Costco’s Chickens? 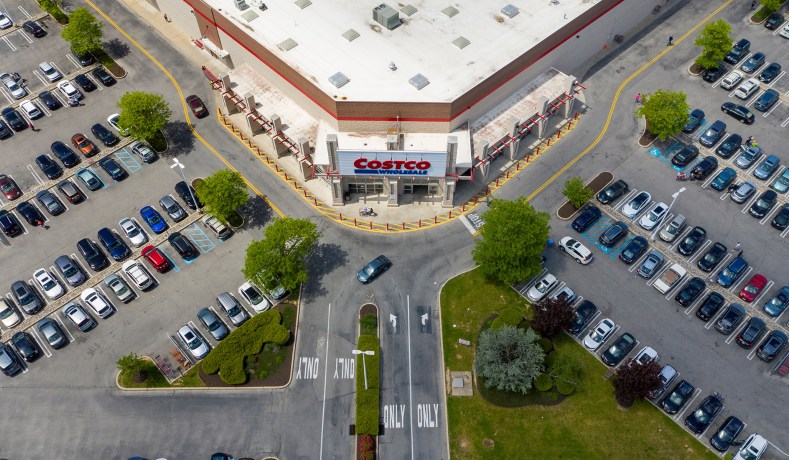 New York Times columnist Nick Kristof wrote one of his periodic columns decrying industrial methods of animal husbandry. This time, he focused on chickens and the raising methods that permit Costco to sell a whole rotisserie chicken for only $4.99. From, “The Ugly Secrets Behind the Costco Chicken:”

Rotisserie chickens selling for just $4.99 each are a Costco hallmark, both delicious and cheap. They are so popular they have their own Facebook page, and the company sells almost 100 million of them a year. But an animal rights group called Mercy for Animals recently sent an investigator under cover to work on a farm in Nebraska that produces millions of these chickens for Costco, and customers might lose their appetite if they saw inside a chicken barn.

“It’s dimly lit, with chicken poop all over,” said the worker, who also secretly shot video there. “It’s like a hot humid cloud of ammonia and poop mixed together.”

I have seen so many lies issued by animal-rights activists about real and supposed abuses, including doctored videos, that I take anything they say with a chunk of salt. But there is no question that with 330 million Americans to feed, industrial methods of raising chickens are not Old McDonald’s Farm.

Kristof does not make an argument based in “animal rights.” That’s good. Animal rights is an ideology that attributes equal moral value between animals and human beings based on the capacity to suffer. As Ingrid Newkirk, PETA’s alpha wolf, once infamously put it, “a rat is a pig is a dog is a boy.” Animal-rights activists believe that humans should not be allowed legally to own any animal.

Animal welfare is a wholly different concept. Animal-welfare advocacy flows directly from human exceptionalism. In this view, we certainly are morally entitled to benefit from the instrumental use of animals; i.e., eat meat, conduct essential medical experiments, ride horses, own pets, etc. But because we are human, we have the duty to treat animals humanely, a concept that will vary from animal to animal and hopefully will improve over time as we gain more knowledge about methods to minimize animal suffering.

In his piece, Kristof focuses on the treatment of the birds. That’s important. But so is the human benefit received from industrial animal agriculture. Because of industrial chicken breeding, a family of 4 can be fed nutritiously for five bucks. That’s a big deal that should not be minimized in the discussion.

So, how much would a Costco chicken cost if industrial methods were outlawed? I don’t know, and Kristof apparently didn’t care enough to do the research required to find out. Indeed, he doesn’t seem much c0ncerned with the question at all.

But we need to think about it. If eliminating industrial methods would not lead to a shortage of chickens for consumption and only raised the price to, say $5.25, most people would probably say go for it. If an incremental improvement led to that price, few would object. I know I wouldn’t.

But what if severe shortages resulted and the price doubled to $9.99? I could afford that, but millions of our fellow Americans could not.

Ditto eggs. I always buy eggs that are labeled as coming from cage-free hens. That costs about $4.99–$5.99 a dozen. But there are also unlabeled eggs in my local store at $1.19 a dozen, which I assume come from hens kept in crates.

It would be easy for me to support a law requiring that all egg-laying hens be kept out of crates. But I can afford the increased price. There are a lot of people who could not.

Follow this pattern over the scope and breadth of bringing meat and dairy products into our homes, and the impact of too-onerous animal-welfare laws on the diets of people of limited means becomes clear.

My point definitely isn’t that we should be indifferent to the treatment of food animals (although I have been accused mendaciously of having that view). To the contrary, I think that animal welfare is an important moral concern.

But there are two sides to that question, both of which must be addressed if we are to find the right balance between requiring improved methods and our ability to feed the multitudes. It seems to me that those who advocate outlawing industrial methods have the burden of not only decrying the treatment of animals, but also of demonstrating that the impact on people would not be unduly severe. Kristof failed that test in his most recent column.

George Floyd: Family to Holds Rally for Him