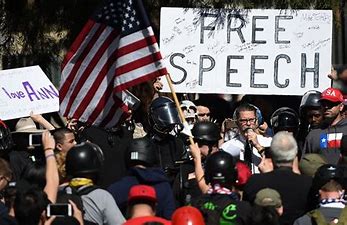 With the 2022 Beijing Winter Olympics now underway, concerns over China’s treatment of the Uyghurs have come back into public light. While many voice outrage over the Chine Communist Party’s treatment of ethnic minorities, some choose to ignore the crisis or flat out state that “no one cares about human rights abuses in China.”

It certainly poses as a conundrum for Western nations: how can a country which promotes civil liberties, individual rights, and the equitable adjudication of the law partake in games hosted by a state which actively and systematically imprisons, tortures, and kills citizens?

Some American leaders have instructed athletes to not speak out against the regime.

“As I wish the athletes well,” House Speaker Nancy Pelosi recently warned, “I do not encourage them to speak out against the Chinese government there because I fear for their safety if they do.”

Civil Rights Abuses Around the World

Similar inaction can be seen in Karnataka, India, where five school girls were barred from entering school, as a ‘hijab ban’ was introduced. This ban spread to five other locations, preventing students with religious attire from entering. This is seen throughout Karnataka, as the Rashtriya Swayamsevak Sangh Party (RSS) recently gained majority electoral control. The RSS is known for attacking Muslims and Christians over their traditions, beliefs, and food choices. The judge referred the ‘hijab ban’ case to an upper court; meanwhile, students remain banned until the case is decided.

Violence against India’s Muslim communities has be prevalent for years. Hindu mobs have been known to openly assault Muslims. The local police have made minimal effort in apprehending suspects, and many assaulters run free. A 2019 study found that 90 percent of victims of hate crimes in India were Muslim.

After a military coup in Myanmar in February 2021, there has been an increase in persecutions of the nation’s 4 million Christians. Infighting in majority Christian states Kachin and Shan shows the burning of churches and homes, and the killing of Christian pastors. The country’s various Buddhist, Muslim, and tribal communities express strong opposition towards their Christian neighbors; they see them as outsiders for converting.

Salai Za Uk Ling, the deputy director of the Chin Human Rights Organization describes the violence the Myanmar military inflicted on the town of Thantlang.

“The killing of Cung Biak Hum and mutilation of his finger demonstrate the extent of disrespect and brutality with which [Myanmar military] soldiers are conducting themselves in their ongoing war against the people”, Salai told Al Jazeera.

The military justified their actions by stating that they received intel that “local rebels” were hiding in the town. This echoes the CCP’s Uyghur camp response in which state officials proclaimed they were investigating Islamic Extremism.

No First Amendment? What are the Consequences?

But what do the civil rights abuses in China, Myanmar, and India have in common? Unlike the United States, these countries do not have an honored and enforced First Amendment, guaranteeing freedom of speech, religion, and assembly.

Though India and China both have constitutional provisions mentioning freedom of speech, assembly, and association, little is done to actually uphold these provisions. (Myanmar, meanwhile, doesn’t have anything even approaching a First Amendment.)

In these states, the ability to speak freely and associate with any group is viewed as a privilege rather than a right. With no structure to support a community’s liberties, the majority is able to abuse the system and act violently, most of the time without repercussions. In China and Myanmar, the very government which is entrusted with the defense of its populace acts against its people. Whether for political control, quashing rebellions, or discriminating against minority communities, the lack of a first amendment and an objective rule of law allow those in power to subject people to abuses. India currently has a free speech score of 3.68/6; China and Myanmar aren’t even on the list. For reference, the US’ score is 5.73/6.

In forming the US Constitution, James Madison frequently wrote on the importance of protecting individual rights from an oppressive majority. In Federalist No. 10, he wrote on the dangers of a pure democracy:

“…it may be concluded that a pure democracy… a society consisting of a small number of citizens, who assemble and administer the government in person, can admit of no cure for the mischiefs of faction…. there is nothing to check the inducements to sacrifice the weaker party or an obnoxious individual.”

In this system, there are no safeguards for individual life, liberty, or property: the minority lamb is at the mercy of the majority wolves. Madison describes the various checks and balances a republic holds, and how factitious, radical groups cannot gain a foothold as easily:

“The influence of factious leaders may kindle a flame within their particular States, but will be unable to spread a general conflagration through the other States. A religious sect may degenerate into a political faction in a part of the Confederacy; but the variety of sects dispersed over the entire face of it must secure the national councils against any danger from that source.”

Why We Need the First Amendment

The structure of a constitutional republic enforces its laws and honors its constitution, regardless of the will of encroaching hostile factions. It’s the safeguard against injustice, whether it is targeted towards Uyghurs, Indian Muslims, Myanmar Christians, or others. America is unique in that it is one of the only countries in the world whose government enforces and honors its free speech. Though there may be instances of private censorship in the form of cancel culture, the federal government itself may not censor or imprison citizens for speech that does not constitute a true threat.

The First Amendment is a check on the government. It acknowledges the rights of citizens, and explicitly states that the government may not infringe on said rights. In China, the CCP is above the law, so it may abuse whichever rights it pleases, whenever it pleases. Indian officials do not honor the right to self-expression and identification, often turning a blind eye to mobs directing violence at religious minorities. In Myanmar, the constitution doesn’t even enumerate individual rights to that extent, and the military in power is free to persecute Christians and other minorities.

So as we see civil liberties abuses occur in countries that don’t support an individual’s right to self-expression and identity, it’s important to remember that, regardless of your position on any hot-button topic—whether left, right, center, or other—the First Amendment prevents the government from infringing on your inalienable human rights.

Gov.Cuomo Denied being a Sexual Predator