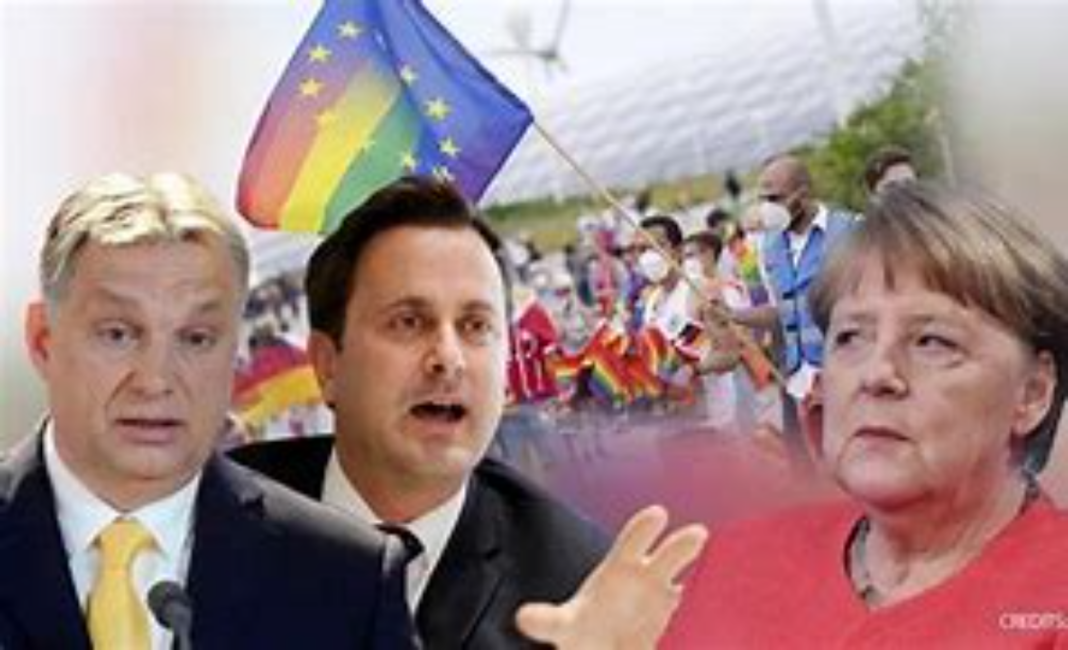 A new law that bans the dissemination of content in schools deemed to promote homosexuality and gender change went into effect Wednesday despite a warning from Europe’s top rights watchdog that the law risks discrimination against LGBT people.

The new law that comes into force across Hungary prohibits sharing content on homosexuality or sex reassignment to people under 18 in school sex education programmes, films or advertisements.

The government says it’s meant to protect children but critics of the law say it links homosexuality with pedophilia.

Among other things, the changes to the Hungarian Constitution in December 2020 altered the definition of families to exclude transgender and other LGBT individuals, defining the basis of the family as “marriage and the parent-child relationship.” It declared that “the mother is a woman and the father is a man.”

The latest warning came Tuesday from the Venice Commission, an advisory group on constitutional matters to the 47-country Council of Europe human rights body.

“This constitutional amendment should not be used as an opportunity to withdraw existing laws on the protection of individuals who are not heterosexuals, or to amend these laws to their disadvantage,” it said in an analysis and opinion on the laws.

Same-sex marriage is constitutionally forbidden in Hungary, but civil partnerships are recognised. The act declares that only married couples may adopt children unless granted special permission by the family affairs minister. This effectively bars same-sex couples or single individuals from doing so.

The commission said that clear criteria should be established to limit “the new discretionary power” of the minister to provide or refuse consent for adoptions by single people. This, it said, would help stop discrimination, including on the basis of sexual orientation and gender identity.

It also found that the laws make “the legal recognition of gender of trans and intersex people unconstitutional and therefore impossible,” and that this “is incompatible with international human rights standards.”

The Council of Europe isn’t part of the European Union, but the opinions of the Venice Commission are taken into account by the EU’s executive branch when it weighs whether to take action against any of bloc’s 27 member countries over possible democratic backsliding.

The European Commission and the EU’s parliament have already launched “rule of law” action against Hungarian Prime Minister Viktor Orban’s government. If four-fifths of Hungary’s 26 EU partners agree “there is a clear risk of a serious breach” of the bloc’s values, Budapest could lose its voting rights.

The EU’s treaty says the bloc “is founded on the values of respect for human dignity, freedom, democracy, equality, the rule of law and respect for human rights, including the rights of persons belonging to minorities.”

Lawmakers are pushing for the EU commission, which supervises the way the bloc’s laws are applied, to move ahead with legal action, and possibly to deny Hungary access to a new European coronavirus recovery fund unless it changes tack.

The Venice Commission also expressed concern about the “special legal order” governing states of emergency, “which could eventually raise some serious questions regarding the scope of the powers of the State.” It is also worried about a “concentration” of emergency powers in government hands.