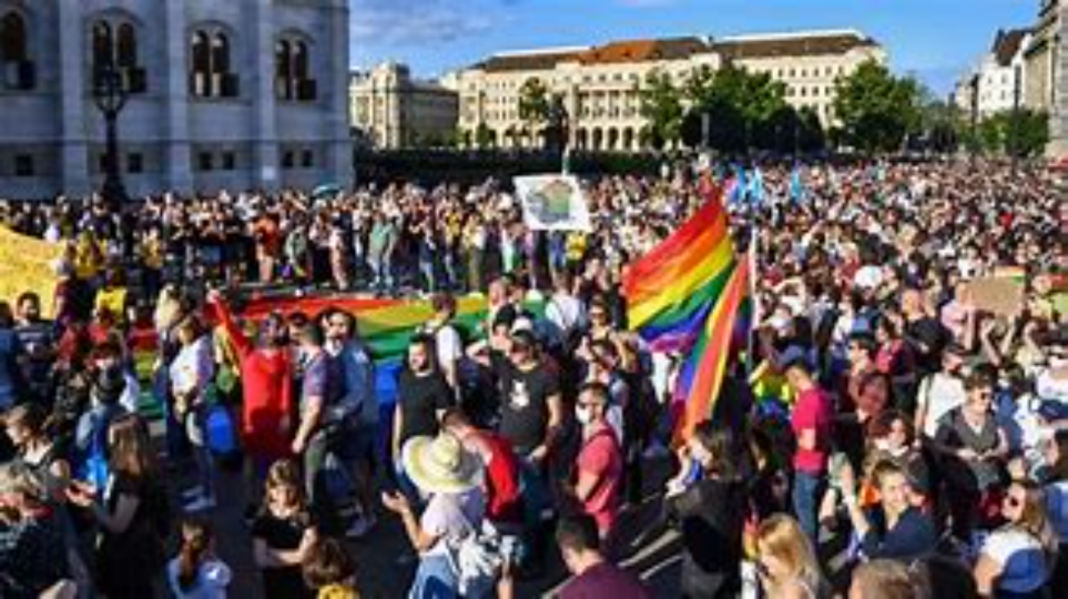 “This bill clearly discriminates against people on the basis of their sexual orientation. And it goes against all the values, the fundamental values of the European Union,” she told a media conference in Brussels.

She said her European Commission would raise legal concerns over the law with Budapest, and added: “I will use all the powers of the commission to ensure that the rights of all EU citizens are guaranteed whoever you are, and wherever you live.”

The issue surrounding the Hungarian law, passed on June 15, has blown up into a Europe-wide controversy.

The continent’s football governing body, UEFA, has rejected a request by Munich to light its stadium in LGTBQ rainbow colours for a Germany-Hungary Euro 2020 match later Wednesday.

Munich responded by saying it would instead decorate other city landmarks in rainbow colours, including the town hall and a huge wind turbine close to the stadium.

“Stigmatising LGBTIQ persons constitute a clear breach of their fundamental right to dignity, as provided for in the EU Charter and international law,” it said.

The issue is likely to elbow its way into an EU summit being held Thursday and Friday in Brussels, which Hungary’s nationalist prime minister, Viktor Orban, was scheduled to attend.