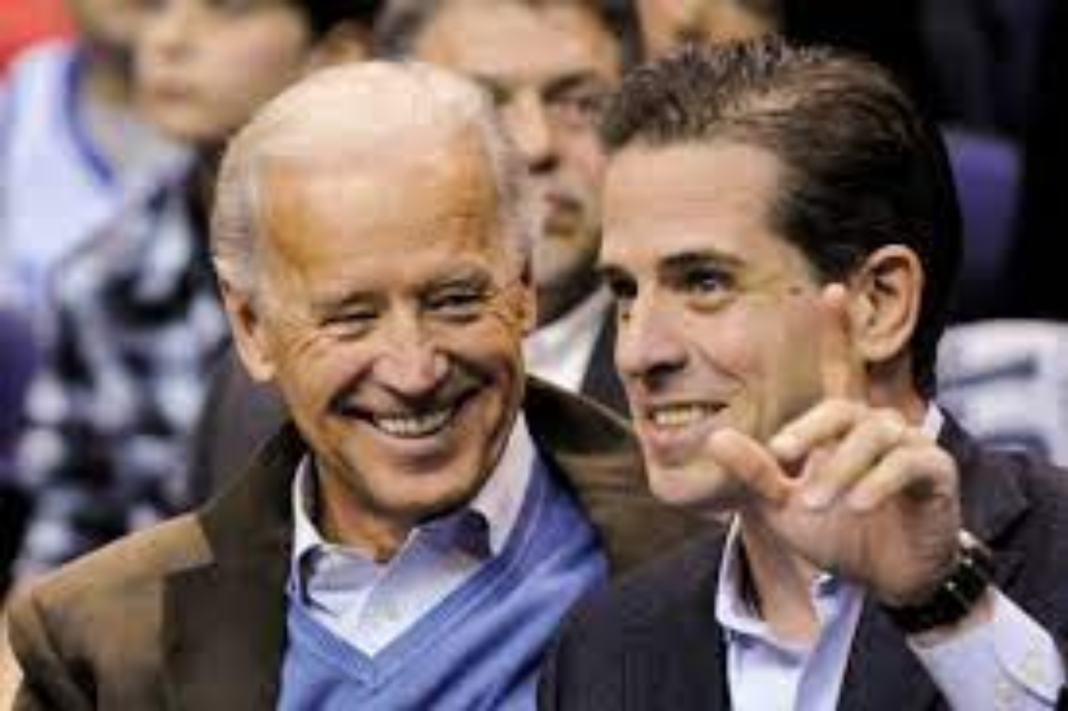 Joe Biden is a classic corrupt politician. He has used his decades in public office to enrich himself and his family in a manner that we usually associate with graft-seeking politicians of the 19th Century. The Burisma story, from which the Democratic Party press studiously averted its eyes, is a perfect example.

Joe’s son Hunter was given a place on Burisma’s board of directors and paid a salary of $1 million per year, making him by far the highest-paid person associated with Burisma. No Burisma employee, and no one else on Burisma’s board, made anywhere near that much money. This despite the fact that Hunter did not speak Ukrainian, knew nothing about the natural gas industry, and was a drug-addled, barely employable neer-do-well. The money obviously was intended as a bribe for the benefit of then-Vice President Joe Biden, who was in charge of Ukraine policy for the Obama administration. No one is dumb enough to write a check to a politician so as to document a bribe. Rather, the check is written to a bag man. That was the role that Hunter played here.

All of this is a well-known story, to those who pay attention if not to readers who rely on the New York Times. Now an additional fact has come to light: Burisma cut Hunter’s income in half when Joe’s term as Vice President ended.

The Ukrainian energy company that was paying President Biden’s son Hunter $1 million a year cut his monthly compensation in half two months after his father ceased to be vice president.

From May 2014, Burisma Holdings Ltd. was paying Hunter $83,333 a month to sit on its board, invoices on his abandoned laptop show.

But in an email on March 19, 2017, Burisma executive Vadym Pozharskyi asked Hunter to sign a new director’s agreement and informed him “the only thing that was amended is the compensation rate.”
***
After the email, the amount listed on Hunter’s monthly Burisma invoices was reduced to $41,500, effective from May 2017.

Burisma helpfully pointed out that “the remuneration is still the highest in the company.” Here is the March 19 email:

Note that in addition to Hunter Biden, the email was addressed to Robert Biden. Hunter’s real first name is Robert, and I assume this is just another email address for him. In addition, the email went to Eric Schwerin and Joan Peugh. Schwerin is Hunter’s partner in the lobbying firm Oldaker, Biden & Belair. And Joan Peugh is a “Senior Adviser” in Rosemont Seneca Partners, a shady “investment firm” that was co-founded by Hunter. Devon Archer was a founder of Rosemont along with Hunter Biden. He, like Biden, served on Burisma’s board, but at a much lower salary. In 2018 Archer was convicted on securities fraud and conspiracy charges.

It is blindingly obvious that Hunter’s association with Burisma–which is to say, Joe Biden’s association–was all about influence peddling, not natural gas. And we know for a fact that when the time came for Burisma to seek influence at a high level of the U.S. State Department, its lobbyists at Blue Star Strategies specifically invoked the fact that “two high profile U.S. citizens are associated with the company (including Hunter Biden as a board member).” The millions paid to the Biden family evidently paid off, as the State Department scheduled a meeting that took place within a week of the Biden name being invoked. Joe was Vice President at the time.

If Joe Biden were a Republican, this would be the most famous scandal since Teapot Dome. And, in fact, it is vastly worse than Teapot Dome. Moreover, Burisma is just one instance of Joe Biden selling his political influence, or perceived political influence, for cash. A few others are known only because they were documented on the laptop that Hunter apparently forgot in a drug-induced haze, or in emails from Hunter that have otherwise come to light. No one knows how many other instances of Biden corruption may have occurred.

And no one ever will know, if the Democratic Party press has anything to say about it.

Israel: Islamist Ra’am party threatened to pull his support for the...