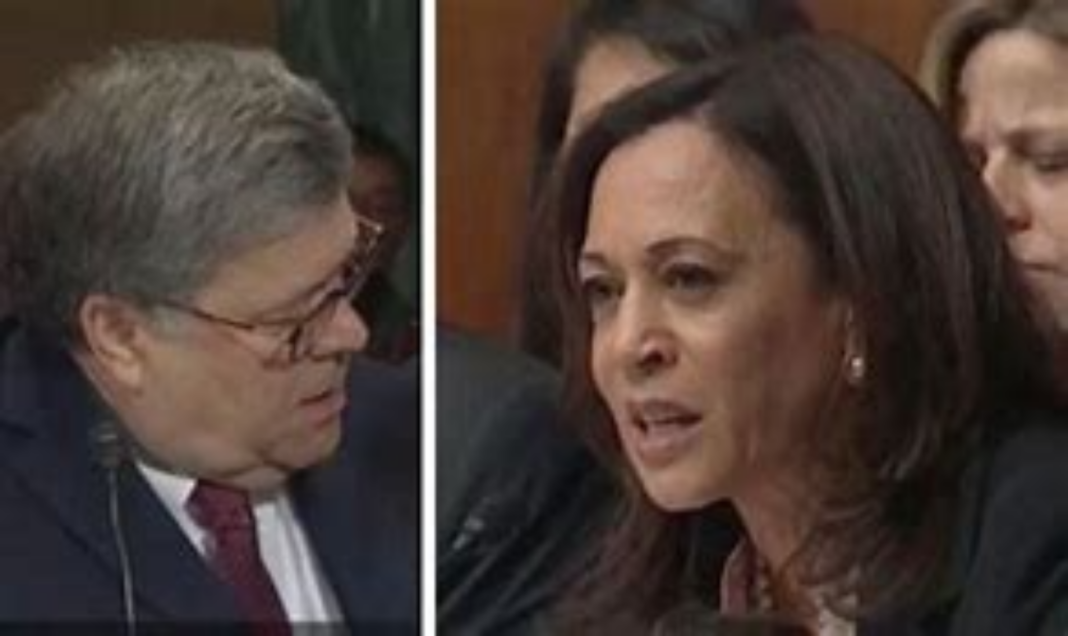 “How could it be that there could be an investigation of other members in the other branch of government and the press and the rest too and the attorneys general did not know?” House Speaker Nancy Pelosi accusingly grumped on CNN’s State of the Union this morning before suggesting the DOJ behaved like some kind of agent of chaos instead of representing the United States from 2017 to early 2021. “So who are these people, and are they still in the Justice Department? And, again, this is just out of the question. No matter who’s president, whatever party, this cannot be the way it goes (emphasis mine).”

Further comments from Pelosi included comparing Trump’s White House to one not seen since the early 1970s. “Richard Nixon had an enemies list. This is about undermining the rule of law.”

Spare me the histrionics, Madame Speaker. Pelosi’s apoplexy only exposes her hypocrisy and partisanship on the notion of the government using secret courts to snoop on other Americans. Is she not the same Nancy Pelosi who routinely backed expanded spying powers dating back to the end of former President George W. Bush’s administration? Didn’t she vote against an amendment offered by former Michigan Congressman Justin Amash seeking to require the Justice Department to get a warrant before perusing NSA-collected data for information on Americans in 2018, as noted by Glenn Greenwald? Was she not silent when the Obama administration spied on Associated Press journalists and attempted to name former FOX News reporter James Rosen a co-conspirator in a separate leak case? Were these not Nixonian-like actions by past administrations seeking to find out who was revealing secrets to the public?

She may believe “this cannot be the way it goes,” now, but will this be her position in the future when/if Biden’s Justice Department gets caught targeting journalists in hopes of plugging leaks from the federal government? Best guess is no based on her voting and rhetorical record.

Of course, Republicans deserve plenty of criticism for their short memories on whistleblowing. Trump praised Wikileaks for publishing Hillary Clinton’s emails yet sought to root out leaks with fire and fury not seen since Obama’s crusade against leaks. The old saying, “What’s good for the goose is good for the gander,” applies in this situation. You can’t praise leaks when it benefits you, and castigate leaks when they harm your agenda. It’s hypocritical partisanship at its best.

It’s improper for the Justice Department to spy on reporters and politicians if they’re not purposefully leaking information to a foreign government. It violates the First and Fourth amendments regarding press freedom and the seizure of documents. It’s long past time to reconsider federal laws allowing this kind of behavior including the 1917 Espionage Act used by the Wilson administration to try and convict former Congressman Victor L. Berger for publishing the anti-World War I paper Milwaukee Leader (His conviction was overturned on a technicality and Berger ended up back in Congress in 1922.). Edward Snowden and Julian Assange shouldn’t be sought by authorities for leaking secrets on bad behavior by the U.S. government. Daniel Ellsberg and Thomas Drake are heroes for their whistleblowing as are the journalists willing to publish their stories.

This selective outrage from both parties and their sycophants on when to lambast the Justice Department for bad behavior is as infuriating as it is detestable. There’s no way to justify it based on what party controls the White House.