Roce Today – Politics, Opinions, Gun Rights,Pro-Life and Border Wall
Home Politics I told him, “Vladimir, if you do it, we’re hitting Moscow” 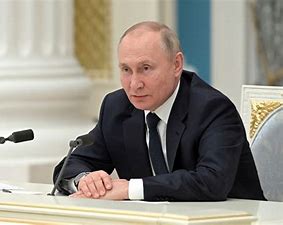 The old CW: Trump would have been dangerously weak in a crisis with Putin.

The new CW: Trump would have been dangerously strong in a crisis with Putin.

Honestly, this has to be one of the Trumpiest soundbites of all time. Just making a little friendly mid-afternoon chitchat with pro golfer John Daly, shootin’ the breeze about the time he told the president of Russia he’d nuke their capital.

If he’s going to withdraw from NATO in his second term while sporadically warning our enemies that he’s open to nuking them … I guess that could work as deterrence?

It’s the end of the world as we know it if his bluff gets called, but go figure that a man who used to own casinos is prone to gamble.

In the past two weeks the world has changed bigly, as Trump might say, and not just abroad. A month ago it seemed likely that the first post-Trump Republican presidential primary would see populists angling to claim his mantle by expressing interest in detente with Russia. There’s no better shorthand in the western world to signal your sympathies for authoritarianism than to mumble something about how your country has no quarrel with Russia.

There was no easier shorthand, I should probably say.

A month later, things are different:

Republicans eyeing White House runs in 2024 are increasingly taking hard-line stances on Russia, underscoring the political importance the war in Ukraine has for those with presidential ambitions…

“I think the Republican position should be, one, to condemn Putin unequivocally,” said former Speaker Newt Gingrich (R-Ga.) during a Republican National Committee press call prior to the State of the Union this week.

“We should call for a maximum build up in our oil and gas capabilities, which will do more to hurt [Putin] economically and more to strip him of geopolitical influence in Europe,” Gingrich continued. “And third, we should be blunt and direct about the fact that Biden first talked about Ukraine in April of last year and did nothing.”

Cutting off Russian oil imports and expanding U.S. oil production may be the most universally shared position in the GOP today, understandably so given that it’s smart policy and smart politics. Ask Mike. He knows:

The time has come for the United States to impose an embargo and sanctions on all oil and gas exports from Russia. I have never seen an Administration getting more wrong at once in a time of crisis in the world than we’re seeing today. pic.twitter.com/c7XXpuJDOF

Even the White House seems to be coming around — on cutting off imports, at least. The GOP has the political field to itself for the moment in pressing for more drilling, but expect centrist Dems to swing around on that in short order as gas prices begin to lift off.

One of the important unforeseen questions of the midterms is how much financial pain Americans are willing to bear in the name of wrecking Russia’s economy. I sense the public is expecting short-term pain, believing that Russia and Ukraine will settle matters diplomatically soon-ish. That seems unlikely to me. If Russia takes Kiev, the sanctions aren’t ending anytime soon. And if the ban on oil imports happens, it may be years before it’s lifted. Buckle up.

I’ll leave you with this scene from Moscow, in which Putin pledges to pay families of fallen Russian soldiers 12 million rubles as compensation. By next week that’ll be worth like eight dollars.

Responding to mass protests against the war, Putin announces that families of soldiers killed will receive payments of $12 million rubles, and $2.8 million plus monthly welfare if they are disabled. pic.twitter.com/grYddeIbJN

Georgia: PM Irakli Garibashvili has met with US Senators