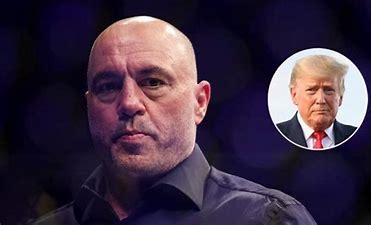 So maybe he’s only *mostly* red-pilled.

The most amazing thing about this clip is Rogan acknowledging the immense power someone with a large audience has to mainstream dubious characters, which was the entire argument made against him for hosting anti-vaxxers on his show. In the clip below, it’s host Lex Fridman who ends up taking the (prior) Rogan position, wondering why it’d be any worse to have Trump on for a provocative conversation than it was to have Kanye West on. You’re just talking, right? Can’t two bros sit down and exchange views?

The difference is Kanye’s not influencing the direction of the country, Rogan retorts.

I can’t tell if he means that he’d have Trump on if Trump retired from politics, taking him out of a future policymaking role, or if he means he has a higher bar for interviewing questionable politicians than he does for questionable cultural figures. Which isn’t saying much, as the bar for cultural figures is reeeeeally low — watch the clip and you’ll see him cite Alex Jones, of all people, as someone he’s fine with amplifying because supposedly Jones is more right than wrong and not an evil guy. Coulda fooled me.

The Republican he needs to have on isn’t Trump. It’s Mitt Romney. Imagine the two of them sparking up, discussing Romney’s new piece about the many ways America as a country is in denial:

When entire countries fail to confront serious challenges, it doesn’t end well. During the past half century, we Americans have lived in a very forgiving time, and seeing the world through rose-colored glasses had limited consequences. The climate was stable, our economy dwarfed the competition, democracy was on the rise, and our military strength made the U.S. the sole global hyperpower. Today, every one of those things has changed. If we continue to ignore the real threats we face, America will inevitably suffer serious consequences.

What clears the scales from the eyes of a nation? Pearl Harbor did. 9/11 did. A crisis can shake the public consciousness. But a crisis may come too late for a course correction that can prevent tragedy. The only cure for wishful thinking is leadership…

President Joe Biden is a genuinely good man, but he has yet been unable to break through our national malady of denial, deceit, and distrust. A return of Donald Trump would feed the sickness, probably rendering it incurable. Congress is particularly disappointing: Our elected officials put a finger in the wind more frequently than they show backbone against it. Too often, Washington demonstrates the maxim that for evil to thrive only requires good men to do nothing.

How many other Republicans would call someone who once accused them of wanting to put black Americans “back in chains” a “genuinely good man”? I’d listen to Rogan grill Romney on that for an hour.

In fact, judging by some of his comments here, it may be that Romney thinks more highly of Biden than Rogan does. Language warning.

Texas: Chiken Democrats Flee the state with No masks on