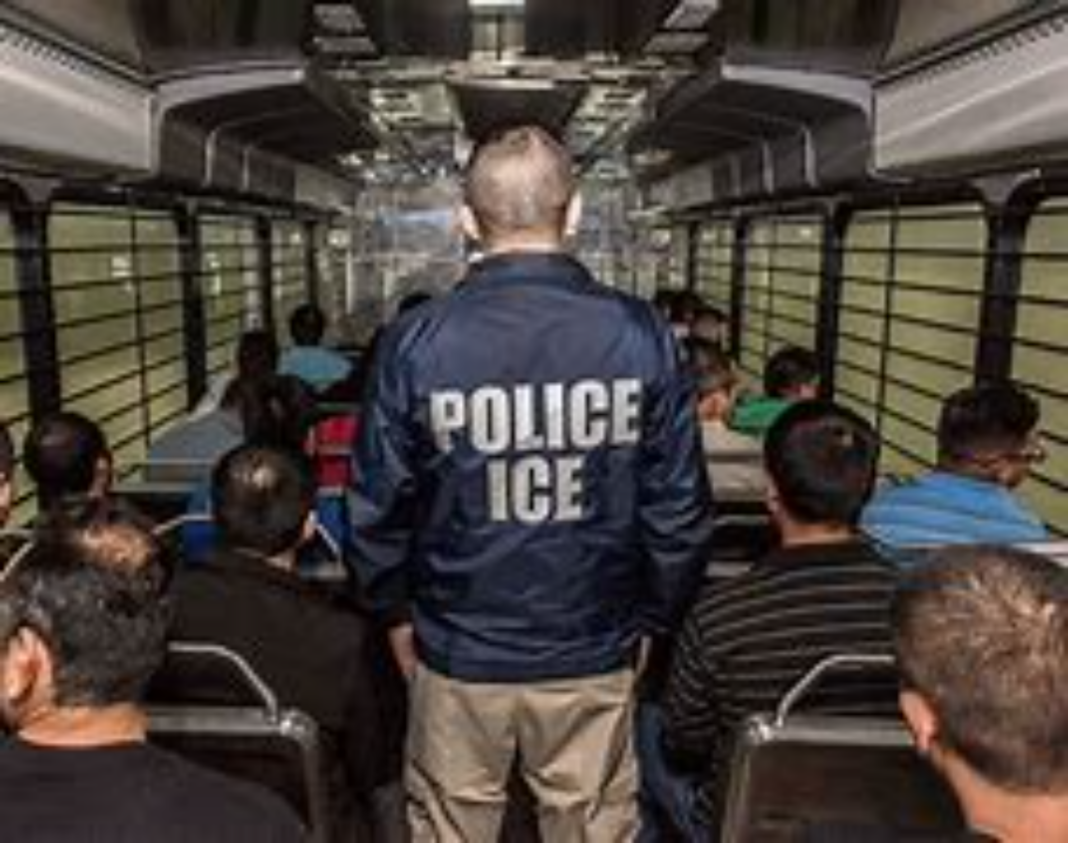 Did ICE really dump off 80 Haitian refugees at a bus station in Shreveport, Louisiana without even bothering to notify local officials? Apparently so. According to local reports, two buses pulled up to the SporTran Intermodal Terminal in downtown Shreveport on Thursday with the Haitians on board.

In an odd twist, some Haitians had money and arrangements for plane tickets while others did not.

But the influx came with apparently little or no warning to City of Shreveport government and law enforcement officials. Marquel Sennet, spokeswoman for Mayor Adrian Perkins, said the city was notified the same day.

Local government officials confirmed to KTBS-3 News that one bus arrived Thursday with about 50 immigrants on board. A second bus arrived later at about 5:30 p.m. with 29 people aboard — 22 men and seven women.

A source with SporTran told KTBS that the men all had money, and all made travel connections, most on Greyhound. Some even had airline tickets and headed straight to the airport. But that source said some of the women had little or no money.

One church is on record for helping the Haitians. Pastor John Henson of the Church for the Highlands confirmed the church provided transportation, telephones, WiFi, and help with travel logistics. “The Bible says to help aliens and people in distress, those who are in need, and that’s exactly what we are doing,” Henson said. A local nonprofit didn’t want to be named but confirmed that it provided funds for hotel rooms for some of the migrants.

Senator Bill Cassidy released a statement voicing his opposition to such actions from ICE and the Biden administration. He calls it “horrible mismanagement” which is an understatement.

“The White House cannot dump groups of Haitian refugees into Louisiana communities with nowhere to go, no photo ID, and no money. It appears Washington told ICE to just ‘send them somewhere,’ and apparently gave little to no notice to state and local officials. Horrible mismanagement. Do President Biden and Vice President Harris care about communities, immigrants, and controlling the border?”

The White House cannot dump groups of Haitian refugees into Louisiana communities with nowhere to go, no photo ID, and no money. It appears Washington told ICE to just “send them somewhere,” and apparently gave little to no notice to state and local officials.

Buckle up, Senator Cassidy. A spokeswoman for the ICE field office in New Orleans released a statement that read, in part, “ICE’s enforcement and removal operations New Orleans field office is transporting individuals, in accordance with COVID-19 protocols, released from ICE custody to regional airports or bus stations. individuals released from ice custody have a transportation and a temporary support plan in place prior to release.” More busloads are expected in Shreveport according to SporTran sources, perhaps up to 17 more buses of illegal migrants. Local law enforcement agencies confirm they were left out of the loop by ICE. Similar drop-offs are being reported in communities across Louisiana and Mississippi.

We know that ICE is flying migrants away from the overcrowded southern border, desperate to not appear that the Biden border crisis is as bad as it is. ICE reserves hotel rooms for them so that they are not held in shelters. Some governors are refusing to cooperate with relocation efforts.

For Team Biden, relocating illegal migrants is about optics – out of sight, out of mind. Try as they may, it is hard to ignore the crisis at the southern border. U.S. Customs and Border Protection (CBP) released numbers on Friday that show the problems increasing, not decreasing. Migrant family encounters, for example, were up 25% in June. The number totals are sometimes misleading, though, since so many cross the border over and over again if they are turned away. Nonetheless, each encounter requires the use of personnel and resources at the southern border. There are no legal consequences for being expelled so that encourages them to keep trying to cross the border. It is notable that family encounters are up by 25% because last month’s report noted that single males were the largest group of migrants, along with unaccompanied minors.

According to new numbers released Friday, U.S. Customs and Border Protection tallied 55,805 members of families with children in June, compared with 44,746 in May. While a large increase, the figure is far below the high of 88,587 in May 2019.

Overall, officials say they saw 5% more encounters with migrants trying to cross the border in June compared with May but attributed much of that increase to repeated attempts by people trying to get into the United States.

Pandemic-related powers that the government uses to rapidly expel most migrants from the country without allowing them to seek asylum has led to a larger-than-average number of migrants trying to cross multiple times, which means the numbers “somewhat overstate” how many are arriving at the border, Customs and Border Protection said in the monthly report.

The number of single adults encountered at the border fell in June, but they were the largest group of people trying to cross. Encounters with children traveling alone increased by 8% last month, to 15,253, compared with 14,137 in May. June’s figure is still well below the high of 18,663 unaccompanied children encountered in March by the Border Patrol, which began publishing numbers in 2009.

We can expect the number of unaccompanied minors crossing the southern border to continue to rise, thanks to a CDC exemption issued Friday from a ban on children seeking asylum. The Trump administration issued a total asylum ban last October. In February the CDC issued a temporary exception. During a hearing last week in Fort Worth for a lawsuit filed by the state of Texas to compel enforcement of the previous administration’s ban, U.S. District Judge Mark Pittman questioned the timing of the new order. Pittman, a Trump appointee, asked Assistant U.S. Attorney Brian Stoltz to inform him as soon as the exemption is formally issued. Judge Pittman did not rule on the request for an injunction but said he will make a decision as quickly as possible.

So, to recap, we have a rise in migrant families illegally crossing the southern border, Haitian refugees are being shuffled around the country by ICE, and the CDC is playing a role in immigration policy by issuing an exemption for unaccompanied minors during the pandemic. Good work, everyone.