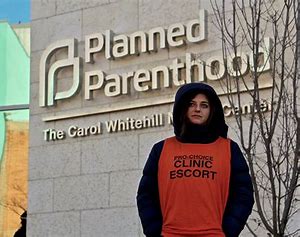 The Idaho Supreme Court on Thursday issued a decision upholding the state’s near-total abortion ban after it was challenged by Planned Parenthood.

The law, which was passed in 2020, bans all abortions in Idaho with the exception of rape or incest cases that are reported to law enforcement.

After Roe v. Wade was overturned, the law was allowed to take effect.

A physician can also perform an abortion if “in his good faith medical judgment and based on the facts known to the physician at the time, that the abortion was necessary to prevent the death of the pregnant woman.”

In the case opinion released Thursday, Brody sad that the Idaho constitution doesn’t have a right to abortion.

“The Idaho Constitution does not contain an explicit right to abortion. Nevertheless, Petitioners argue that certain provisions implicitly enshrine abortion as a right entitled to heightened protection from the legislature’s broad power to regulate conduct,” the option states.

“Since Idaho attained statehood in 1890, this Court has repeatedly and steadfastly interpreted the Idaho Constitution based on the plain and ordinary meaning of its text, as intended by those who framed and adopted the provision at issue. That is our duty as the judicial branch: to sustain the rule of law — not to promote our personal policy preferences,” Brody added.

The Justice Department is suing Idaho over the law in federal court.

Paul Best and Julia Musto contributed to this report.