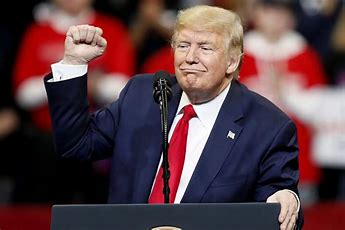 If you doubt modern leftism’s totalitarian ambitions, look around.

For the first time since the 1850s, discussion of secession is spreading in the formerly United States. There is even talk of civil war. What is driving such a strange development in American politics? An attempt to transform this country into an ideological state.

History is familiar with ideological states, states where dissent from the official ideology is dangerous: the Soviet Union, Communist China, Fascist Italy, National Socialist Germany, etc. At times, various ideologies have attempted to draw in Americans, with some temporary success. Fortunately, none gained sufficient power to impose themselves on the country—until now.

By the nature of ideology itself, all ideologies seek a totalitarian state. Every ideology says that, on the basis of this or that set of abstract ideas, certain things must be so: only Aryans can do anything right and Jews are inherently evil; everything is determined by ownership of the means of production and the bourgeoisie is evil; modern Italy can be a new Rome and only Italians can make good coffee, etc. Invariably, reality contradicts the ideology’s central theses. The ideologues respond by outlawing discussion of the contradictions. Freedom of thought and expression are deadly threats to ideologies, and are therefore every ideology’s first targets.

The ideology now attempting to impose itself on America is cultural Marxism, Marxism translated from economic into cultural terms by a think tank established in Germany in 1923, the Institute for Social Research, commonly known as the Frankfurt School. (Those wanting a quick introduction to the Frankfurt School can find it on YouTube under “History of Political Correctness.”) Cultural Marxism says all of history is determined by which groups, defined by race, sex and sexual orientation, have power over which other groups.

Whites, males, and straights have been on top, so they are “oppressors,” while some (not all) other races, women, and gays have been “victims.” All Marxism is loser-worship; cultural Marxism just redefines the losers. Its goal is to empower blacks, feminist women (only feminists), gays, etc., over straight white males.

If someone doubts the totalitarian ambitions of cultural Marxism, all he needs to do is look at most university campuses. Dissenters from cultural Marxism, student or faculty, are persecuted. More broadly, in today’s America you cannot be a member of the elite if you defy the aspiring state ideology.

Not surprisingly, many Americans, probably a majority, reject cultural Marxism and its attempts to make them mouth lies. We’ve seen that lately in parents’ efforts to keep critical race theory out of their kids’ schools. (Denials that it is being taught are lies; the whole of public schools’ curricula are shaped by the Frankfurt School’s critical theory, of which CRT is a subset.) These Americans are not looking for a fight, but they will fight before they bow and scrane to cultural Marxism. The cultural Marxists, in turn, regard any dissenters as not merely wrong but evil. They may not be tolerated, rather they must be “canceled”: fired from their jobs, banned in their professions, rendered unpublishable, sometimes physically attacked. They are “unpersons.” Only through a groveling “apology” can their existence again be recognized. Trump voters, and millions of Americans who did not vote for Trump, will reach for their rifles before they go down on their knees.

While cultural Marxism is the ideological threat of the moment, another ideology, even more dangerous, is waiting in the wings; extreme environmentalism, sometimes called “Deep Green.” Deep Green environmentalism sees man as a curse on the planet whose duty is to eliminate himself. Other ideologies have called for liquidating this or that minority or social class; Deep Green targets everyone. It offers a perfect basis for totalitarianism because it argues that everything a person does, including eat and breathe, affects the environment. Currently hiding under the wings of cultural Marxism, Deep Green ideology is waiting to come forth if its protector falters. Again, tens of millions of Americans would rather fight than switch.

At present, no ideology from the right threatens freedom of thought and expression in this country. History shows such ideologies are possible; fascism and national socialism are examples. Libertarianism is an ideology—anyone who thinks free markets solve all problems should drive through a city that has no zoning—but it appeals only to a small intellectual clan and by its own logic cannot oppose freedom of thought and speech.

Conservatism is not an ideology. As Russell Kirk wrote, it is the negation of ideology. It rejects any and all attempts to remake man and society along lines dictated by some abstraction. It seeks a culture and a politics that is shaped from the bottom up by the experience of many generations. It manifests itself in customs, habits, and traditions, which vary widely from place to place, a variety conservatives embrace.

From a conservative perspective, ideology itself, regardless of its tenets, is the ring of power in Tolkien’s trilogy. In the long run, it cannot be used for good, regardless of its promises. Our task is to bring our fellow citizens to see all ideologies as what they are, roads to tyranny, and to oppose them one and all. That is a tall order, because ideologies lend themselves to dumbing down, and dumbed down sells. But it is what we must do to redeem the time. Frodo’s road was not an easy one, either.

The U.S. spends billions to lock people up, but very little...