Roce Today – Politics, Opinions, Gun Rights,Pro-Life and Border Wall
Home Politics If Chauvin Not Convicted in Floyd Trial, America Will Be in a... 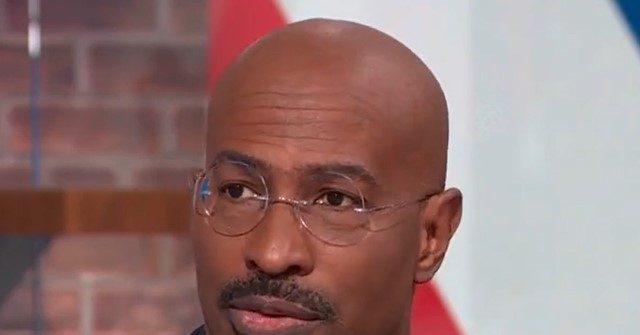 CNN political commentator Van Jones said Monday on CNN’s “Cuomo Prime Time” that if former Minneapolis police officer Derek Chauvin were not found guilty of killing George Floyd, America would be in a “dangerous position as a country.”

Jones said, “Everybody I’m talking to are frustrated, re-triggered, re-traumatized. Seeing that video, seeing the complete contempt for life. You have a generation of African-Americans and their allies — I’m talking this entire young generation—that is watching this to see if America — listen, the system is on trial here. The system is on trial. and I can’t tell you, people have tried to push away from this, move on from this. Today brought it all back home for tens of millions of people. And if this is considered legal conduct from a police officer, if you can do this in broad daylight and not go to jail, it will be perceived as open season, telling police officers from coast to coast you can literally get away with murder in broad daylight. So, this was, I think, today was a brutal day for the people who were able to watch. A lot of people weren’t even able to watch. They said, I just can’t even put myself through it again.”

He continued, “This is the system on trial for a generation. And, you know, listen, you can ask any of the people who have been marching out here in the middle of a pandemic, this is going to be there will be half a billion people watching when the verdict comes out.”

He added, “You’re putting us in a very dangerous situation when you do that because what you’re now saying is it doesn’t matter if you follow the rules. We are still going to come and get you. Once you have 40 million people in the country who, no matter what we do, we break the law, we get in trouble. We follow the law. We get in trouble. No matter what we do, you are not going to accept us, then what do we have here? You’ve got a potential time bomb on both sides. And I think on the other side, what I’m seeing is we talk a lot about white rage, white anger, the angry white man. There’s some white grief that hasn’t been talked about. This country is changing in ways that a bunch of white folks did not sign up for, didn’t expect, and don’t know what to do with. So, a lot of this rage is unprocessed grief that we need to be able to talk about. No. We are not going to back off. It is true. It may be the fact that your grandkids may not look like your grandparents. This country is changing. But it can be a greater country as a result. We need these white voters who are supporting Republicans doing stuff that they know is wrong need to be called to a higher purpose. The Republican Party, which used to be the party of Lincoln, should not be the party of Steve Bannon and all these terrible ideas. There’s no reason for it. So, you got fear on one side, grief on the other side, and the clock is ticking. I’m going to tell you right now, these bills that are being passed to chop us off at the voting block and juries coming out saying it’s okay to kill us are putting us in a dangerous position as a country and as America.”