Home Politics If Democrats oppose the insurrection, why do they keep promoting insurrectionists? 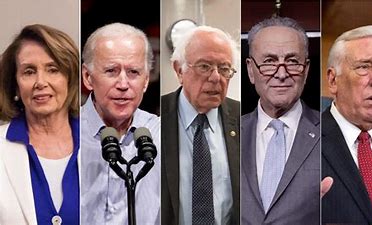 We know why some Republicans promote insurrectionists. They either sympathize with the cause or they’re keen to ingratiate themselves to those who do.

But Democrats are leading the January 6 committee. They speak frequently in dire terms about the threat to democracy, with good reason. Biden has used the presidential pulpit to argue that the new “Ultra MAGA” Republicans aren’t the GOP of yesteryear. They’re illiberal, extreme, unworthy of power and untethered from America’s civic traditions.

So why are Democratic groups spending money to promote “stop the steal” candidates in Republican primaries?

I wrote about this a few weeks ago after the Pennsylvania gubernatorial primaries. Election truther Doug Mastriano beat a crowded field of Trump-friendly candidates there thanks in part to his support for the Big Lie, which earned him Trump’s endorsement. But Mastriano also got a boost from an unlikely source — his Democratic opponent, Josh Shapiro, whose campaign funded an “attack ad” against Mastriano during the Republican primary campaign. Except the “attack” wasn’t really an attack; it touted the fact that Mastriano strongly supports Trump, wanted to audit Pennsylvania’s election, and moved legislation to ban abortion. All things that would endear Mastriano to Republican primary voters.

And Shapiro knew it. The “attack ad” was really just a pro-Mastriano ad. Democrats wanted Mastriano to win because they’ve calculated that he’s the easiest Republican for Shapiro to beat.

Maybe he is. Claire McCaskill’s campaign helped Todd Akin in the 2012 Republican primary for the same reason, and Akin did prove easy to beat in the end.

But sometimes the candidates who can’t possibly win end up … winning. Ask Hillary Clinton, who dreamed of being able to face Trump in the 2016 general election. She got her wish. Shapiro will now get his wish too.

We’ll see how it works out for him and for the country.

I want you to look closely at this new Gallup data and then lean in close to your screen so that I can (virtually) whisper to you.

Here comes the whisper. Any Republican can win a halfway competitive race this fall. Literally anyone.

Not every Republican will win. A few will lose. If I had to bet my life savings, I’d bet that Shapiro beats Mastriano. But *could* Mastriano win? Most assuredly. As could any other Republican in any other race where the baked-in Democratic advantage is less than, oh, let’s say 12 points.

In a “neutral” political climate, if the GOP weren’t as committed to overturning elections as its populist vanguard is, I could understand Democrats spending money to set up fights with tomato-can Republican candidates in the general election. In the political climate we’re actually in, with the GOP we have, Dems are guilty of gross political malpractice for doing so. In fact, given the un-American spirit of those who would participate in a coup to keep Trump in power, I’d call Democratic efforts to promote those candidates un-American by association.

[Election-truther Republicans are] benefiting, either directly or indirectly, from a cluster of Democratic-associated groups spending millions of dollars in contested Republican primaries this month. In some cases these groups are attacking more mainstream Republicans and in others they are amplifying messages from the election-denying candidates…

“I think it’s very dangerous and potentially very risky to elevate people who are hostile to democracy,” said Howard Wolfson, a Democratic strategist who has helped helm former New York mayor Mike Bloomberg’s political spending. “Either this is a crisis moment or it isn’t. And if it is — which it is — you don’t play cute in a crisis.”…

Commercials from groups interfering in Republican primaries sometimes say that a GOP candidate is “too conservative” for the state — a potentially flattering label in the context of a Republican primary. Some highlight the talking points the candidates are pushing, including their records opposing abortion rights and protecting Second Amendment rights…

“It’s quite interesting that Democrats are bolstering the same candidates they’re calling dangerous,” said Jon Seaton, who managed Republican businessman John Brunner’s 2012 Senate campaign in Missouri. “In this environment, with inflation being what it is, and the kind of tail winds that we have, Democrats should be very, very, very careful what they wish for. Maybe they don’t care.”

Axios has a partial but not exhaustive list of fringy Republicans for whom Democratic outside groups are airing ads. The guy below is running in the Republican Senate primary in Colorado, a state Biden won by 14 points in 2020. Is that enough of a margin to guarantee Dem incumbent Michael Bennet a victory in the fall? Probably — but if inflation keeps rising and Biden’s approval keeps falling, I wouldn’t bet my life on it. Even so, one lefty group is spending $1.5 million to promote this character in the GOP primary notwithstanding his election crankery about Dominion in this ad:

Hanks was at Trump’s January 6 rally, went to the Capitol with the mob, and reportedly called the insurrection a “false flag operation.” He has a nonzero chance of being the next senator from Colorado, with Democratic help. Joey Gilbert, another candidate who was outside the Capitol that day, is running in the Republican primary for governor of Nevada, a state that could go red across the board this fall as a COVID-battered economy leads swing voters to tilt Republican. He’s facing Trump-backed Joe Lombardo, the sheriff of Clark County, in his race — and is benefiting from anti-Lombardo attack ads funded by an outside Democratic group.

These lefty outfits are betting the country on the idea that rank-and-file voters will not only care that candidates on the ballot participated in the “stop the steal” effort but that they’re even dimly aware of what went on between Election Day and the first windows breaking at the Capitol. I was talking about the January 6 hearings with family this weekend and mentioned to them that one hearing would focus on the plot to install Jeffrey Clark as AG, which would have forced the DOJ to lend its credibility to Trump’s voter-fraud conspiracies. They had no idea what I was talking about. Even though the news about Clark was being reported as early as January 2021.

Clark could probably win a Republican nomination for office somewhere in this environment, with half of his votes coming from people who are ardently pro-coup and the other half from people who have no clue what’s going on in their own country. And he’d probably have half a dozen Democratic Super PACs cutting ads for him before the race was through.

I’ll leave you with this guy, another January 6 conspiracy theorist. Don’t ask me what he means by his answer. Just reflect on the fact that it’s likely he’ll be helping to craft national policy next year.

Herschel Walker is asked the biggest problem facing America: “We have so many celebrities telling people that they can’t do it. Telling a lot of people, oh well, you got to feel bad for yourself, feel sorry for yourself .. They’ve made it, but they telling you you can’t do it.” pic.twitter.com/bjp4jORFEg

Alexander Lukashenko:Belarus says it will not take back migrants unless EU...