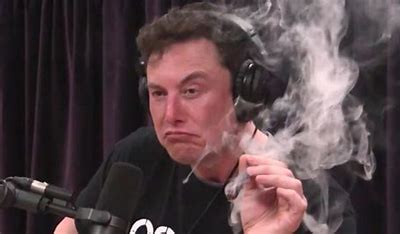 I saw this tweet, and when I read it, I thought, “Oh yeah, this is spot-on.” It was a tweet written by a Twitter user, who thinks he solved the mystery of “why” Elon is absolutely destroying the left right now, and honestly, I think he’s right… It may not be the ONLY reason, but it’s a big part of it if you ask me. So, let’s get into it… As you likely know, Elon is estranged from his son, who disavowed his billionaire father when he decided to “transition” into being a pretend girl.

Back in June, Reuters reported on the rift between Elon and his son, who wants to be his daughter…

Elon Musk’s transgender daughter has filed a request to change her name in accordance with her new gender identity and because “I no longer live with or wish to be related to my biological father in any way, shape or form.”

The petition for both a name change and a new birth certificate reflecting her new gender identity was filed with the Los Angeles County Superior Court in Santa Monica in April. It came to light recently in some online media reports.

The former Xavier Alexander Musk, who recently turned 18, the age of consent in California, has asked the court to change her gender recognition from male to female and to register her new name, according to court documents available online through PlainSite.org.

So, that was a big deal, as you know, Elon takes fatherhood very seriously, and this divide has to be very painful for him.

In another article, Elon said that he lost his son thanks to Marxism… and that brings me to the “evidence” of why Elon is going “full nuclear” all over the left and their woke agenda.

Take a look at this:

I honestly believe this is the reason Elon is going scorched earth against the libs. pic.twitter.com/0GHMXNXBJj

I think this is a great observation. Here’s what people online are saying:

“That’s what any good dad would do.”

“if that is true, then he is better than i thought”

“It’s personal for him. That would make sense.”

“Man, suddenly everything is making sense”

“When a young adult adopts a new ideology and cuts off contact with her family, it’s entirely fair for the parents to blame the ideology. Particularly if it was a good relationship before.”

“Losing 1 child, but fighting for the others. What a based father”

“Would be a very good reason imo, and I’d respect Elon for doing so.”

“Understandable if true. A fathers love has no bounds.”

“I truly think this is the reason.”

“Many kids are led off the right track and it will not be until decades later they realize their life is so horrible and they just cannot keep a relationship and all the missed opportunities. But in the moment, the seduction has a hold on their minds. Im pretty sure its his “son””

“One of the hallmarks of the ‘trans child recruitment procedure’ seems to be to drive a wedge between them and their concerned parents. It happens all the time.”

“I guess you don’t want to piss off one of the smartest and wealthiest guys in the world; Not a good enemy to make.”

I agree with pretty much every comment. Like I said, this may not be the ONLY reason, but I do think this fight is “personal” for Elon.