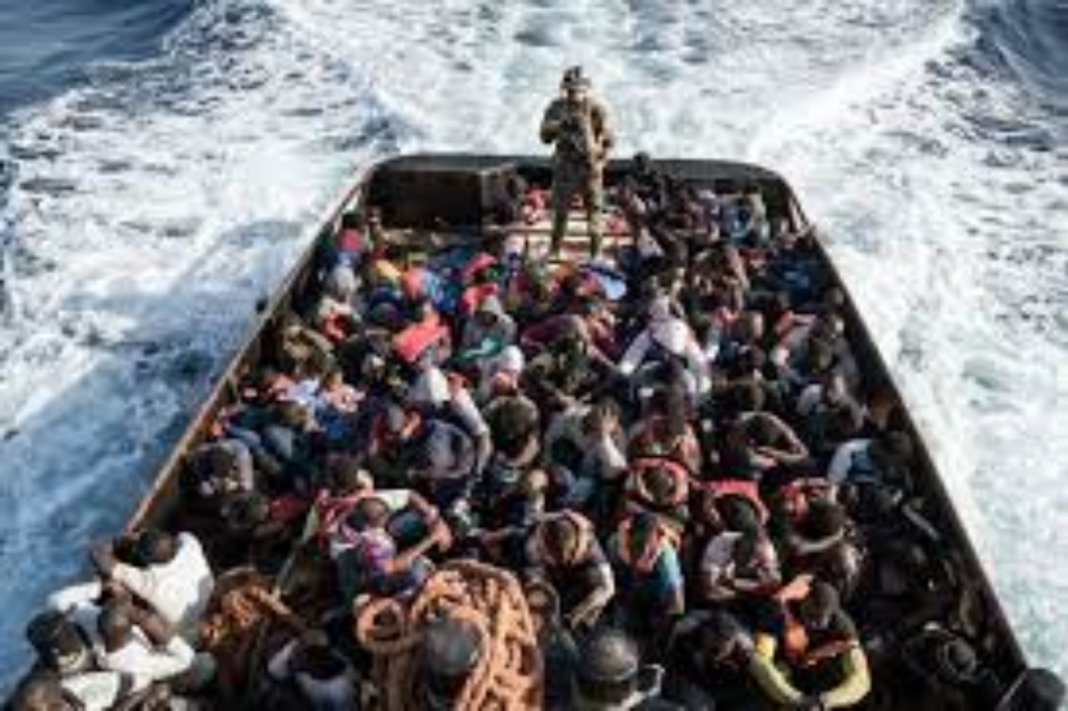 The crisis at the southern border is so overwhelming to Border Patrol personnel and ICE that some major changes have been made. The use of ankle monitors is being phased out and replaced with a phone app. Border Patrol agents in the Texas Rio Grande Valley have stopped issuing notice to appear citations, too.

Instead of a notice to appear, illegal migrants are instructed to report to an ICE location within 60 days. Acting CBP Commissioner Troy Miller testified before the House Appropriations Subcommittee on Homeland Security last week. He was questioned by Rep. Lucille Roybal-Allard (D-Calif.) about the Border Patrol using “prosecutorial discretion to include the issuance of notices to report to ICE often known as RTI or an I-385 to certain migrant families in the RGV sector of Texas due to severe overcrowding in CBP facilities.” Migrants are released from being detained due to overcrowding. The process is often referred to as catch and release.

Miller responding, saying, “As you indicate, Notice to Report was initiated in the Rio Grande Valley and only in the Rio Grande Valley on March 19, 2021. Let me be clear, this is not a decision we’ve made lightly, but it was necessary as you pointed out given the capacity in our facilities and the need to decompress our facilities to keep not only folks in our custody safe but to keep our agents and officers safe.

“The surge of family units began on RGV on January 23 when Tamaulipas stopped taking back Northern Triangle families with tender age children under the age of seven. The situation on the ground on March 19th, we encountered 2,439 migrants in between the ports of entry in RGB alone,” the acting commissioner said.

“We had over 2,600 unaccompanied children of which 1943 unaccompanied children were held over 72 hours in our soft-sided facility. Pre-COVID, the capacity of our soft-sided facility was 1,000. What we did before initiating our notice to report as we moved 470 agents to the southern border, we set up virtual processing. We increased overtime for our Border Patrol agents,” he said.

In other words, the situation is so dire that sweeping changes had to be made just to keep the processing of migrants moving. Miller described actions such as transferring those detained to other sectors outside of the RGV sector. DHS has activated a volunteer force. The notice to report cuts the paperwork in half. He testified that the same national security and border security checks are performed as they would with the issuance of a notice to appear. Biometrics and facial recognition are collected. They are given a G-56 which tells them to report to an ICE location within 60 days. In order to ‘streamline’ the system, a date to appear is left blank because of “DOJ not having a non-detain docket.” In other words, the entire system remains hopelessly overwhelmed – including the DOJ and its court docket for immigration cases.

We are filling out five less forms, cutting the time in half, and the reason this continues in RGV as you mentioned to a limited extent is we continue to see about 1700 migrants a day with a greater percentage of family units in RGV – 41 percent versus 25 percent nationally – and a greater number of UCs (unaccompanied children) – 14 percent versus 8 percent nationally,” he said.

Fast-tracked releases in south Texas are leading ICE to use new technology in major cities, like Los Angeles, to monitor illegal migrants as they are transferred to other locations away from the border. Recently released data on immigration cases shows an increase in illegal migrants being placed in the Alternatives to Detention program run by ICE. This program uses a cell phone app to keep track of them once they are released into the interior of the United States. According to new data released by the Transactional Research Access Clearinghouse of Syracuse University, nearly 100,000 illegal migrants have been placed in this ICE program, as of May 13.

A growing number are being put in what is called the SmartLINK app monitoring program that uses facial recognition to confirm identity as well as location monitoring via GPS from a cellphone to ensure migrants are in the destination cities where they told border agents they would be traveling.

“Now the biggest growth we’ve seen is in SmartLINK technology where someone has a smart phone and that smartphone itself is linked to ICE and that is used as a case management tool for tracking,” Austin Kocher, lead TRAC researcher, told Border Report.

This is a departure from cumbersome black ankle monitoring devices that border agents had placed on asylum seekers, such as those who came for help to the Humanitarian Respite Center, during previous immigration surges back in 2014 and 2015.

The Humanitarian Respite Center in McAllen, Texas is run by Catholic Charities of the Rio Grande Valley. Sister Norma Pimentel is the executive director of the center. Most of those who she serves there are asylum-seekers from Northern Triangle countries, though we know that if traditional immigration law is enforced, most of the migrants will not qualify for asylum. Nonetheless, she educates the migrants on what they must do as they navigate the system.

Pimentel says she was told by Border Patrol officials that ankle bracelets would not be used this year. She says the devices often hurt the migrants, causing bruising and swelling on their ankles and made it difficult for them to walk and shower. The devices also required long charging times multiple times per day that require the wearer to remain close to an electrical outlet or other power source.

“Since we started receiving families this year, the chief of Border Patrol made it very clear that they would not be putting ankle bracelets on the migrants,” she said.

Border Patrol officials told Border Report on Friday that they are still processing about 1,000 migrants per day in the Rio Grande Valley, with a large percentage unaccompanied minors.

The Department of Health and Human Services reported on Wednesday there were 19,344 migrant youth in their care, including 340 apprehended by CBP Wednesday.

Families are no longer being detained in south Texas for several days. Now they are being quickly released to Sister Norma and other non-governmental organizations within 24 hours. ICE is also delaying placing migrants in ATD programs until caseworkers meet with them in their destination cities. The cell phone app isn’t assigned to illegal migrants who remain in south Texas, only for those who are transferred out. The migrants are provided free legal services for advice on how to move forward.

What a mess. Instead of continuing practices and policies that proved successful in managing waves of illegal migrants flooding the southern border during the last administration, bumbling Joe Biden has created a completely predictable humanitarian crisis on the border. Where’s Kamala?

Kamala Harris hosted a Girls Night Out with all 24 female...

Inflation is not a “high class problem”, Please stop the ignorance