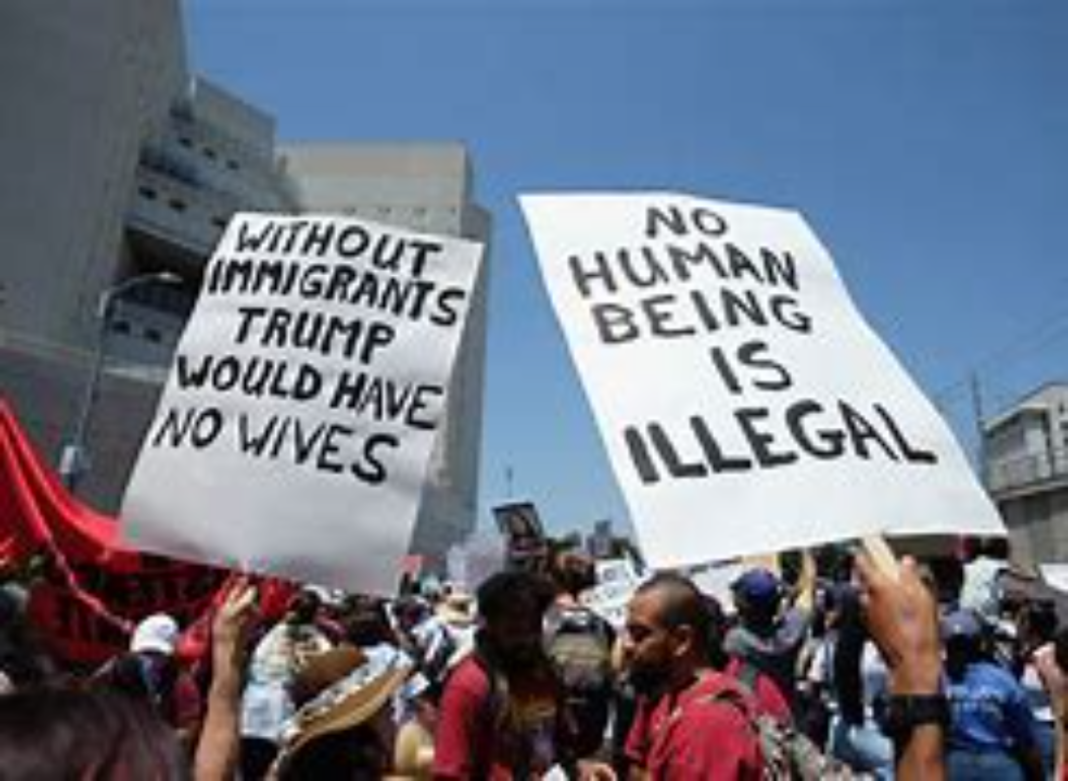 WASHINGTON — Litigation emerged as a key strategy under the Trump administration for immigrant advocates to halt sweeping policy changes, from attempts to rescind protections for undocumented immigrants brought to the U.S. as children to efforts that narrowed asylum eligibility.

However, recent court rulings against the Biden administration’s attempts to reverse such policies have revealed the limits of relying on litigation as a vehicle for change.

“Suddenly, our immigration policy is being decided by a multitude of federal courts around the country and creating policy chaos,” said Theresa Cardinal Brown, managing director of immigration and cross-border policy at the Bipartisan Policy Center and a former Homeland Security official.

“The reality is, it’s really hard to govern when you have different courts telling you different things about how to do stuff in different places, and decisions made are unmade and then remade months later. There’s no consistency.”

The fight against President Joe Biden’s immigration agenda has largely happened in Texas, where the administration has taken a beating in federal courts on issues from its attempt to enforce a temporary deportation moratorium to defending the Deferred Action for Childhood Arrivals program.

Most recently, the Supreme Court delivered a blow to the administration when it refused to pause a Texas judge’s order to reinstate a controversial Trump-era program requiring asylum-seekers to wait in Mexico for decisions in their U.S. immigration cases.

That underlying decision, issued by U.S. District Judge Matthew J. Kacsmaryk of the Northern District of Texas, ordered the Biden administration to make a “good faith” effort to reinstate the so-called Remain in Mexico program. The administration formally terminated the border policy in June, following outcry from human rights activists.

The administration pledged to “vigorously challenge” the Texas ruling on appeal, but agreed to comply with the order, mainly through diplomatic discussions with Mexican officials about restarting the program.

Yet, much of the Biden administration’s next steps outside of court hinges on Mexico’s willingness to cooperate. While that nation has signaled a willingness to work with the U.S. on enforcement, it has refused to take back most migrant families, including those with younger children, under a pandemic-era directive known as Title 42. The Mexican government could feel similarly about reviving the Remain in Mexico program.

The administration could also soon find itself back in the courtroom over a reinstated policy — with new cases and a revival of old ones.

The Trump administration faced a slew of legal challenges to its immigration restrictions, including one to Remain in Mexico, officially known as the Migrant Protection Protocols, or MPP, that went up to the Supreme Court.

However, the case was put on hold shortly before justices were set to hear oral arguments, and the Supreme Court ultimately vacated the lower court’s ruling against the policy as moot when the new administration ended the program.

Now, with the ordered revival of MPP, advocates could try to resurrect that and other cases challenging the policy’s legality that were shelved on the assumption the program was dead.

Judy Rabinovitz of the American Civil Liberties Union, the lead attorney on that Supreme Court case, said the fate of that litigation remains an “open question.”

The ACLU of San Diego has already sought to resurrect its litigation demanding access to counsel for migrants subjected to “Remain in Mexico” before their initial screenings to evaluate an individual’s eligibility for asylum.

The ACLU had won before a California federal judge last year, prompting the Trump administration to appeal. But the appeals court ordered that ruling vacated earlier this year in light of the policy’s termination.

“We think the circumstances have clearly changed, and those circumstances are material and they warrant reconsideration,” said Monika Langarica, immigrants’ rights staff attorney with the ACLU of San Diego.

She also urged the Biden administration to re-issue its memo terminating the “Remain in Mexico” program in a way that addresses the Texas court’s concerns.

“If the administration does not take immediate steps to re-terminate this program, and ensure that it does not see the light of day, it should expect challenges to all of these violations that this program imposes on people,” Langarica continued.

A recent California federal court ruling striking down an asylum practice known as “metering” could fuel those renewed challenges. The pre-pandemic practice required asylum-seekers to wait in Mexico at designated ports of entry after a daily cap on asylum applications had been reached.

Earlier this month, U.S. District Judge Cynthia Bashant found the practice violated the federal immigration statute’s provisions that a foreign citizen “who arrives in the United States… may apply for asylum.”

While similar, metering is distinct from the MPP policy, which forced migrants who already made asylum claims back to Mexico for the duration of their immigration cases. However, the ruling could support claims that MPP is illegal by the same reasoning, said Muzaffar Chishti, who leads the Migration Policy Institute’s New York office.

“This administration is now getting mixed signals from the courts, which is hardly surprising given how we’ve seen a divided judiciary on these immigration issues for a long time,” he said.

Brown blamed Congress’ inability to pass immigration legislation for the focus on court action in the space.

“They’re taking political arguments about what should be the immigration policy of the land to the courts, rather than debating it in Congress and having Congress solve it, which is what should happen,” she said.

Litigation also isn’t risk-free, policy analysts cautioned. While the courts have generally held the executive branch carries significant authority over immigration matters, federal judges have slapped down the Trump and Biden administrations for failing to exercise that broad authority properly.

“Both sides in the immigration debate have now decided that litigation is part of their arsenal,” said Brown. “There’s a little bit of, ‘Careful what you wish for,’ because these decisions can cut both ways.”

If advocates choose to pursue challenges to MPP directly, they could also risk an adverse ruling from a more conservative Supreme Court that would establish national legal precedent.

“With a much more conservative judiciary, any time there’s litigation, it’s going to raise the risk that you might actually make the law bend toward what the Trump administration wanted,” said Cris Ramon, an independent immigration consultant who has worked for the George W. Bush Presidential Center, MPI and other think tanks.

“That should be a very clear wake-up call that at this point, you’re dealing with a very different Supreme Court,” he said. “You can’t count on the courts to save you from bad policies.”