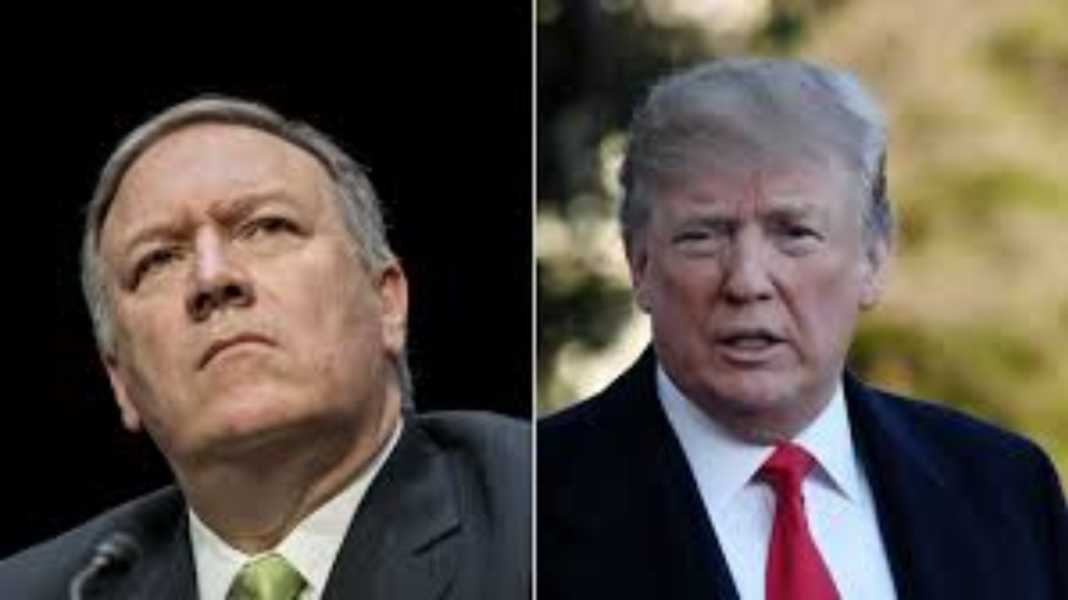 Remember Ukraine-gate and Trump’s first impeachment trial? Well, it’s back in the news thanks to a key witness and a lawsuit over legal fees for his lawyer. Former United States Ambassador to the European Union Gordon Sondland filed a lawsuit Monday seeking reimbursement for $1.8 million in legal fees. He is suing both former Secretary of State Mike Pompeo and the U.S. government.

To recap, Gordon Sondland is a businessman, the founder, and chairman of Provenance Hotels in Portland. Before Trump appointed him as the U.S.Ambassador to the European Union, Sondland donated $1 million to the president’s inaugural committee. We know how this works, contributors to presidential campaigns and other big events are rewarded with an ambassadorship. Sondland was rewarded with his appointment. He was based in Brussels. He served from 2018 to 2020.

In November 2019, then-Ambassador Gordon Sondland testified as a witness at the impeachment inquiry against Trump. Sondland’s testimony became a center point in the first Trump impeachment trial. Sondland initially said that there was no quid pro quo between the Trump administration and Ukraine. Sondland had first-hand knowledge of conversations between Trump, Rudy Giuliani, and senior Ukrainian officials. The allegation was that Trump and his aides pressured Ukraine to investigate Joe Biden and Hunter Biden in exchange for military aid.

When Sondland initially said there was no quid pro quo, Secretary Pompeo told him that he would be reimbursed for his legal fees by the U.S. government. However, things took a turn when Sondland delivered a bombshell – he testified that yes, there was a quid pro quo and the Trump administration, including Trump, did, in fact, pressure the government of Ukraine to investigate Hunter Biden and his then-presidential candidate father, Joe. The Democrats and other anti-Trumpians rejoiced and suddenly Sondland was persona non grata with Trump World.

The lawsuit alleges Pompeo “made a legally binding promise, both individually and on behalf of the Government,” to pay Sondland’s attorneys’ fees after the then-ambassador to the European Union was subpoenaed to testify before Congress.

But Pompeo allegedly “reneged on his promise” after learning what Sondland would say to the congressional investigators: that Trump and his aides, including Rudy Giuliani, pressured Ukraine to announce investigations that would involve then-potential Democratic presidential candidate Joe Biden and his son Hunter Biden.

Sondland had to hire legal counsel, as public servants do when he became involved in the impeachment. He claims that his fees were higher than expected because the Trump administration denied him government services to help in “the staggering amount of preparation required to comply with the subpoenas in the impeachment probe.” He hired private counsel because Pompeo told him that he would not receive a government lawyer.

Sondland was forced to retain private counsel just days before his first closed-door deposition on Capitol Hill “to reconstruct all the materials needed and to prepare for this daunting task,” the legal complaint says. He used those private services “in reliance on Pompeo’s promise of reimbursement,” the lawsuit says.

Sondland testified under oath before Congress for 17 hours, the final seven of which were broadcast live, the complaint says. His testimony, which addressed the “quid pro quo” that Trump had vociferously denied, was “highly fraught, highly charged, and highly risky with tremendous consequences,” the lawsuit says.

Top aides to Pompeo confirm the assurance of reimbursement of legal fees for private legal counsel since government lawyers would not be offered to him. One top aide, Ulrich Brechbuhl, said that “everything changed” after Sondland’s testimony. When asked to resign after that, Sondland refused to do so.

Sondland is demanding that the U.S. government cover the fees or Pompeo pay out of his own pocket. The suit argues that Pompeo’s actions as secretary of state should not be subject to governmental immunity because the promise “was self-serving, made entirely for personal reasons for his own political survival in the hopes that Ambassador Sondland would not implicate him or others by his testimony.”

“Was there a quid pro quo?” Sondland said during his testimony. “With regard to the requested White House call and White House meeting, the answer is yes.”

Trump distanced himself from Sondland following the testimony, telling reporters “I hardly know the gentleman” after praising him as a “great American” just days earlier.

The State Department did pay Sondland $86,040 for his legal fees but that is far short of his actual legal bill.

Sondland refused to resign when asked to do so after his testimony. He was fired on Feb. 7, 2020, two days after the president was acquitted of two impeachment charges in the Senate. Sondland said he was fired “hours” after he refused to resign. Though he has filed a 21-page lawsuit in federal court in the District of Columbia, a statement from his lawyer, Skip Miller, said Sondland harbors no ill will against Pompeo and simply seeks reimbursement for legal fees.

Sondland is seeking to be reimbursed by the U.S. government or Pompeo because the lawsuit alleges that the former secretary of state either broke a contractual commitment or misrepresented his authority to ensure the government would pay.

Mark Zaid, a lawyer in Washington who has represented many government officials, including in the Trump administration, said that Sondland’s claim is morally justified but realistically speaking, a long shot. He notes that government officials are pulled into political battles at their own expense and end up with large legal fees. Zaid said there should be provisions for them but while they are doing what they think is the right thing, there is usually a cost to pay. Secretaries of State have broad immunity from actions taken in their position, and that includes Mike Pompeo.

Sondland went from a relatively unknown successful businessman to a generous political contributor. In the course of a couple of years, he went from ambassador to a return to private life with a big legal bill to pay. It sounds like he’ll be left holding the bag.

Oregon is failing to expand addiction treatment capacity in a strategic...