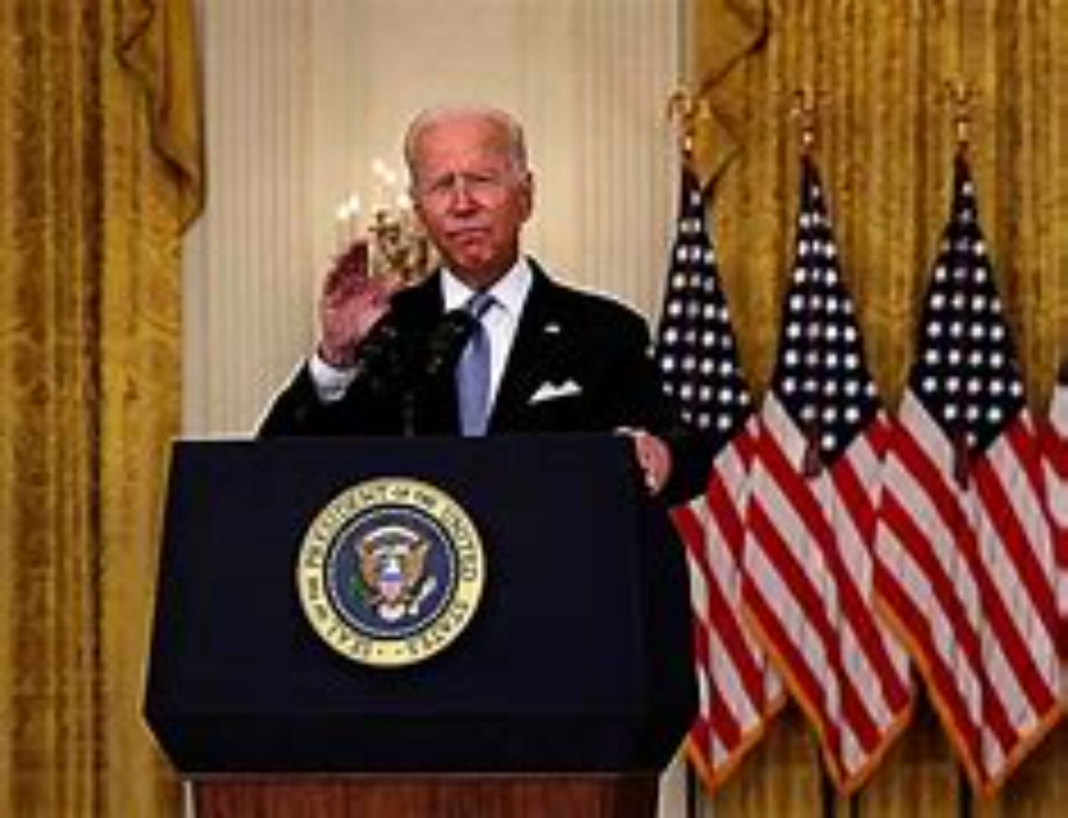 Biden’s speech on Afghanistan was shockingly bad. He blamed Trump, he blamed the Afghan military. Basically, he blamed everyone but himself.

Then he walked away without taking a single question and headed back to Camp David to finish his vacation.

A pollster had independent voters watching the speech and reacting in real time.

They gave Biden an F.

President Biden’s address to the nation on the unfolding situation in Afghanistan was met with low approval, according to Maslansky + Partners president Lee Carter.

In an interview on “Fox & Friends,” the polling expert highlighted voters’ real-time reactions to the president’s speech, noting the most surprising response was Democrats’ disappointment.

“For the most part, when Biden speaks, they give him the benefit of the doubt. In this case, while they did give him some credit for what he said, they were really disappointed overall with the message,” she said.

Biden claimed in his speech that “the buck stops with me” and said he wouldn’t shy away from responsibility. While the majority of Democrats liked this statement, independent voters gave him an “F” grade.

Carter relayed this message from an Independent voter: “We’re not mad that he did it. We are mad instead that he pulled out the troops in this way and put them in harm’s way. So the buck does stop with him.”

Lots of people trashed the speech.

Biden’s speech is one of the most dishonest straw man arguments in history. He debated reasons for exiting Afghanistan. Not many dispute we should end war. This is about the unimaginable, inconceivable incompetence of Biden’s exit plan & the global humiliation it has wrought. 1/2

The Biden speech was a pathetic attempt to shift blame and an unnerving analysis of the situation he – and he alone – created.

Joe Biden’s speech was disappointing & disheartening. Our military spent decades in Afghanistan. They’re owed an incalculable debt from all Americans as well as an explanation of what went wrong over recent weeks & months. The American public deserves that explanation as well.

Biden has done tremendous damage to himself and his party in just a few days.

It’s hard to remember a bigger political and humanitarian disaster in recent decades.