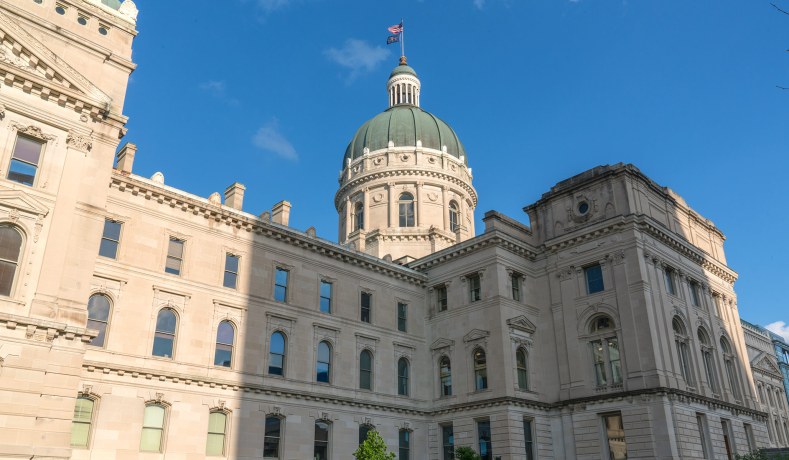 Indiana’s state House on Monday passed legislation that would eliminate handgun licensing in the state, over objections from the State Police.

The measure, which passed 65-31, will now head to the state Senate. It would eliminate handgun licenses, which raise more than $5 million annually for law enforcement training, according to The Indianapolis Star.

Naturally, the bill’s opponents said the same thing that they have been saying about looser concealed-carry laws since 1987:

State Rep. Mitch Gore (D), who represents the Indianapolis area and is also a captain in the Marion County Sheriff’s Office, warned the measure would “cause less peace.”

Thing is, though: Permitless carry is the law in Alaska, Arizona, Arkansas, Idaho, Kansas, Kentucky, Maine, Mississippi, Missouri, New Hampshire, North Dakota, Oklahoma, South Dakota, Utah, Vermont, West Virginia, and Wyoming, and yet there is precisely no evidence whatsoever that it does anything at all to the crime statistics in either direction. I could forgive nervous onlookers for having worried about the effects back in the 1990s, when “shall issue” became mainstream. But now? When every such prediction has not only been wrong, but spectacularly so? That is peculiar indeed.

The other argument against the move was that it would elevate the constitutional rights of Americans above the convenience of the police:

Separately, State Police Superintendent Douglas Carter testified in opposition to the bill before it passed out of committee. Carter argued the measure increased the investigatory burden on officers rather than handgun owners, according to the newspaper.

Throughout the debate, this point has been echoed in many of the state’s newspapers, as well as by almost every Democrat who opposes the reform. Which, given the summer we just lived through, is . . . well, it’s rich, to say the least. Surely, the position of American progressivism cannot be that the police cannot be trusted, except when it comes to the Second Amendment?

Good for Indiana. Next up? Tennessee.