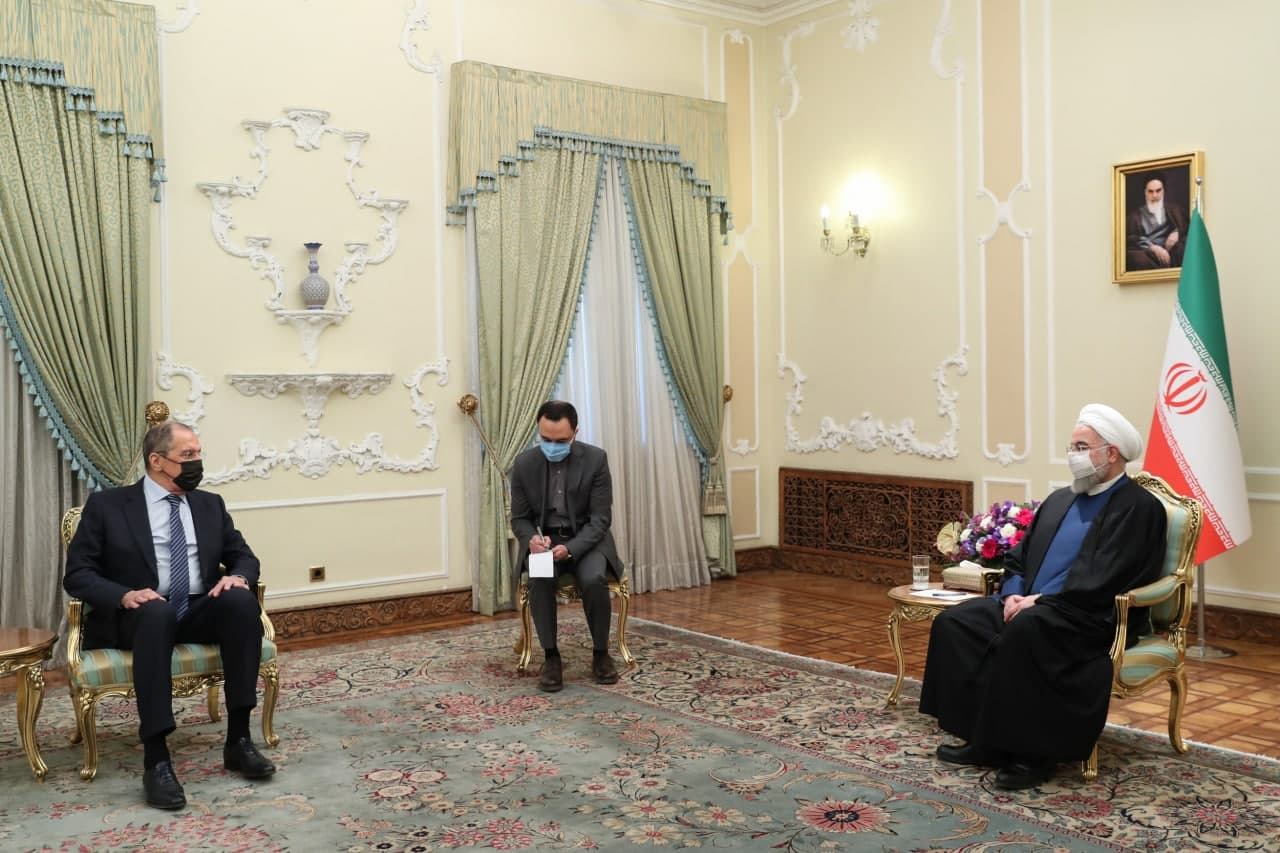 Iranian President Hassan Rouhani has warned the country’s southern neighbours about the “dangerous” consequences of inviting the Israeli regime to the Persian Gulf.

Speaking in a Tuesday meeting with Russian Foreign Minister Sergei Lavrov in Tehran, President Rouhani said, “Inviting the Zionist regime, as a destabilising and tension-provoking element, to enter the Persian Gulf region is a dangerous step.”

Appreciating Moscow’s position and support for the nuclear talks, the President stressed the need to continue efforts to maintain and restore the Joint Comprehensive Plan of Action (JCPOA) as a multilateral international agreement that has served as a model for resolving problems through negotiation and diplomacy.

“Today, the United States and the entire world have come to the conclusion that the policy of maximum pressure has failed and the only way for the United States to return to the deal is to lift sanctions,” he added.

Rouhani added, “The efforts of Iran and Russia in this regard show a common view on international issues, including the JCPOA, and today, in order to be able to revive and activate the deal, cooperation between the two countries will definitely be very effective.”

Rouhani said Iran wants all parties to the deal to implement their promises and words based on whatever was agreed in 2015. “We are neither willing to accept less than that, nor to achieve more.”

He further referred to the regional problems and crises, including the ongoing crisis in Yemen and Syria, and stressed the need for continued cooperation and exchange of views between Iran and Russia as two influential countries in the region to resolve regional crises and problems.

Rouhani pointed to Iran’s willingness to develop relations and regional cooperation, stressing the development of relations with the aim of establishing peace and stability in the region as a strategic action against the United States’ unilateralism and intervention in regional affairs.

Rouhani emphasised the need to maintain security, peace and stability in the region, adding that the security of the region should be maintained by its countries.

He also underlined the need to develop defence and military cooperation between Iran and Russia considering the end of the UN’s arms embargo against Iran in October last year.

He also stressed the development of cooperation between the two countries in the nuclear field in the construction of two power plants in Bushehr, as well as the fuel of power plants and isotopes, taking advantage of the capacity of private companies.

Rouhani referred to Russia’s achievements in the field of fighting COVID-19 and success in developing vaccines, and stressed the acceleration of sending shipments of vaccines to Iran and emphasised the need to accelerate the launch of a joint vaccine production line in Iran.

In turn, the Russian Foreign Minister said that the two countries are determined and have a strong will to develop and deepen relations.

“There are no restrictions to the development of Moscow-Tehran cooperation, including technical and defence cooperation,” he added.

“Iran and Russia share common and close goals in regional and international cooperation,” he said, referring to the recent nuclear talks in Vienna and the desire by the United States to return to the JCPOA.

“Moscow considers the unconditional, complete return of the United States to the JCPOA by implementing the UN Security Council Resolution 2231 as the only solution to the problem,” said Lavrov.

The Russian Foreign Minister stressed, “Any additional documents on various issues, including regional or military development, can be examined separately outside the framework of the nuclear deal in order to ensure the security of the region and the Persian Gulf with the presence of regional countries.”

Lavrov also stressed the development and deepening of relations between Tehran and Moscow, stressing that Russia is serious about implementing and operationalising agreements aimed at developing relations.