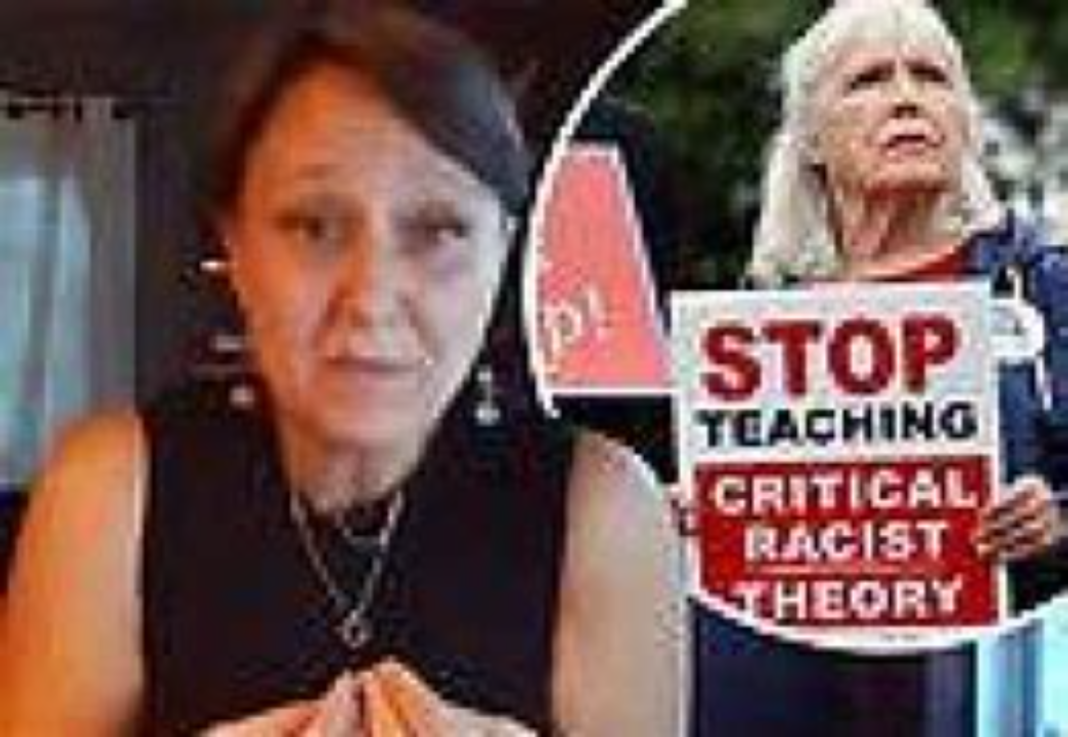 Another radical leftist masquerading as an educator has been exposed after she brazenly bragged about ignoring a new state law that bans teaching radical anti-American lies like Critical Race Theory (CRT).

In June, the state of Iowa passed a law – House File 802 – prohibiting subjects related to racism or sexism training and diversity and inclusion efforts at governmental agencies and entities – Including school districts and public postsecondary educational institutions. In short, CRT has been essentially outlawed from public schools.

Petra Lange, an Iowa schoolteacher at West Des Moines’ Valley High School, appeared on a zoom call to discuss “urban anti-racism education” and happily shared what she thinks is a “clever workaround” to the state’s new law with the group.

Her solution? Explain to her students, in great detail, what concepts are illegal to teach, then encourage them to ask as many questions about the subjects as possible. That way, she can discuss CRT without actually ‘teaching’ it, according to her.

“I literally put the law in front of them, gave them access with a link, and I said I need to just let you know there are now concepts that it is illegal for me to teach you about according to the state of Iowa.

So I went through those ten defined concepts with them, um, so that they could see what the law was – and they immediately, by the time I think we were on the second or third one, they’re like ‘but is it legal for me to ask questions?’

I was like ‘this is only for me, you can ask as many questions as you like;’ and then i took him to the part of the law that said this law doesn’t prohibit me from answering questions.

I said ‘so if there is any question that you have about these defined concepts, you can ask them and then I can answer them.‘ *outburst of laughter*”

Truly sick… This teacher has no regard for her responsibility as a public educator and thinks that she, and her colleagues that she is encouraging, are above the law and can do whatever they please with the children in their care.

The wording in the new law does not prohibit questions from being answered about the ban, but it is entirely different for her to walk through each topic in an effort to prompt her students into asking questions.

In reality, Lange is openly defying the ban and continuing to teach her students the poisonous CRT doctrine. The state should set an example with her and show that the new law isn’t just for show. At the very least, she needs to be investigated and, if what she is bragging about is true, fired.

It’s clear that she views her loophole as a long-term solution and has no plans to cease teaching these unamerican lies. Lange even asked her students to think about what questions they can come up with so she can build their course for the upcoming semester.

“So I said let’s just take another minute – what questions do you have that you want me to build this course around and take some time to answer.

The questions after going through HF-802 were so much more pointed. Like one of them straight up was a sticky note that says ‘is the United States systemically racist?’ – and i was like well that would be a fascinating conversation that now we can have because you’ve asked.”

Here is the full clip: