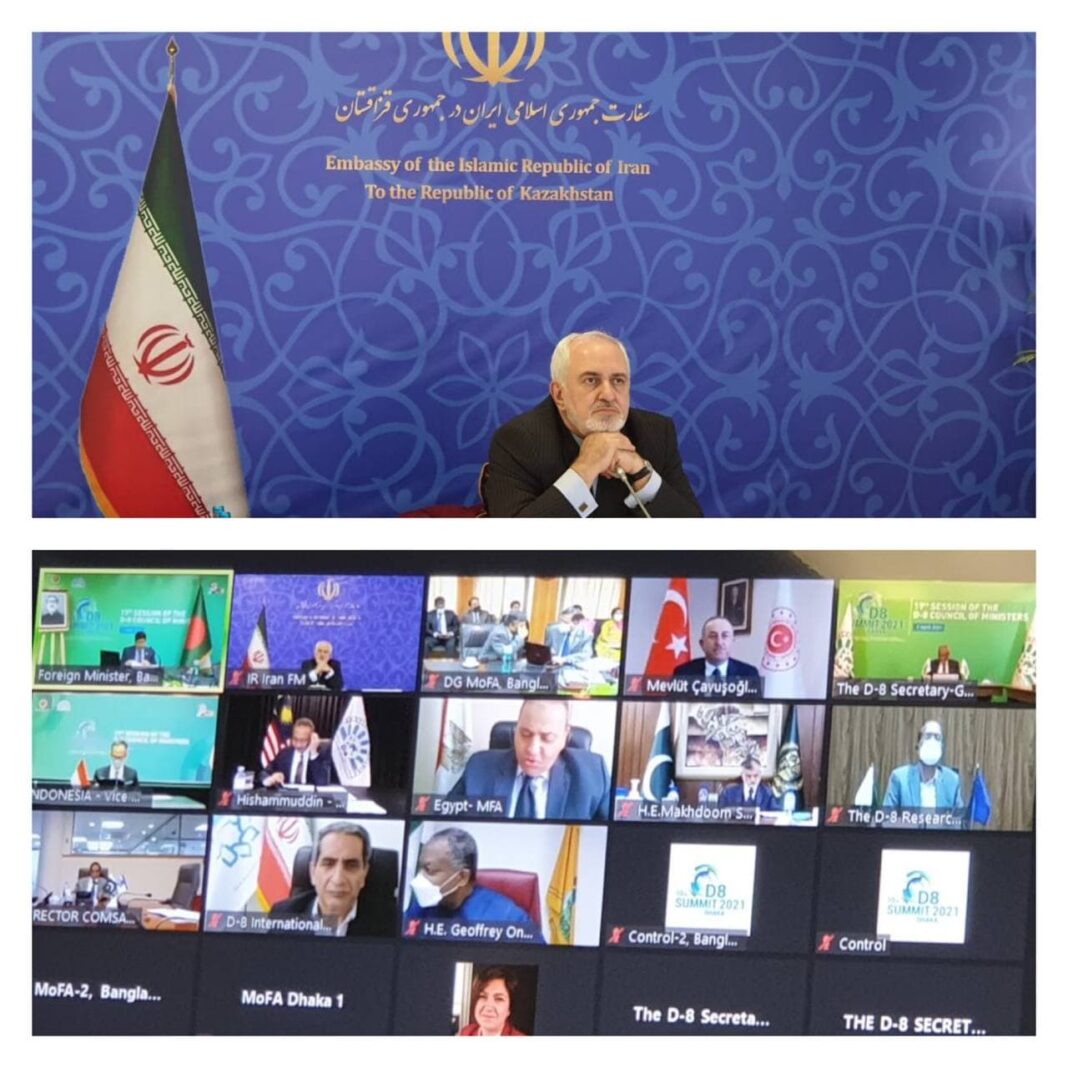 Iranian Foreign Minister Mohammad Javad Zarif has, in a virtual speech at the 19th meeting of the D-8 Council of Ministers, expressed Tehran’s preparedness for closer economic cooperation with other members of the D-8 Organisation for Economic Cooperation.

In his Wednesday speech, the Iranian foreign minister referred to the unprecedented challenge of COVID-19 pandemic and its destructive impacts on the economies of D-8 member states, and said the pandemic has taught us some valuable lessons.

“We learned that how a health crisis can easily lead to an economic crisis, a humanitarian crisis, an education crisis, a food security crisis, an inequality crisis (to name a few), leaving a disproportionate toll on developing and least developed countries,” he noted.

Zarif also pointed to the US cruel sanctions against the Iranian nation amid the coronavirus outbreak and said another positive lesson we learned from the time of pandemic was “how a global crisis can unleash the blessings of solidarity among nations” and how countries can enhance their cooperation at a time of crisis.

In another part of his speech, the Iranian foreign minister said facilitation and expansion of trade, promotion of transport links, reinforcement of tourism, and tapping into the technological and human capitals, especially those of the youth, are priorities for cooperation among the D-8 member states.

He also expressed Tehran’s preparedness for serious cooperation in these fields.

The Leaders’ Summit, which is to be held virtually on Thursday, April 8, 2021, will be attended by Iranian President Hassan Rouhani, and chaired by the prime minister of Bangladesh.

Woke community: White women are the actual cause of sexual violence...