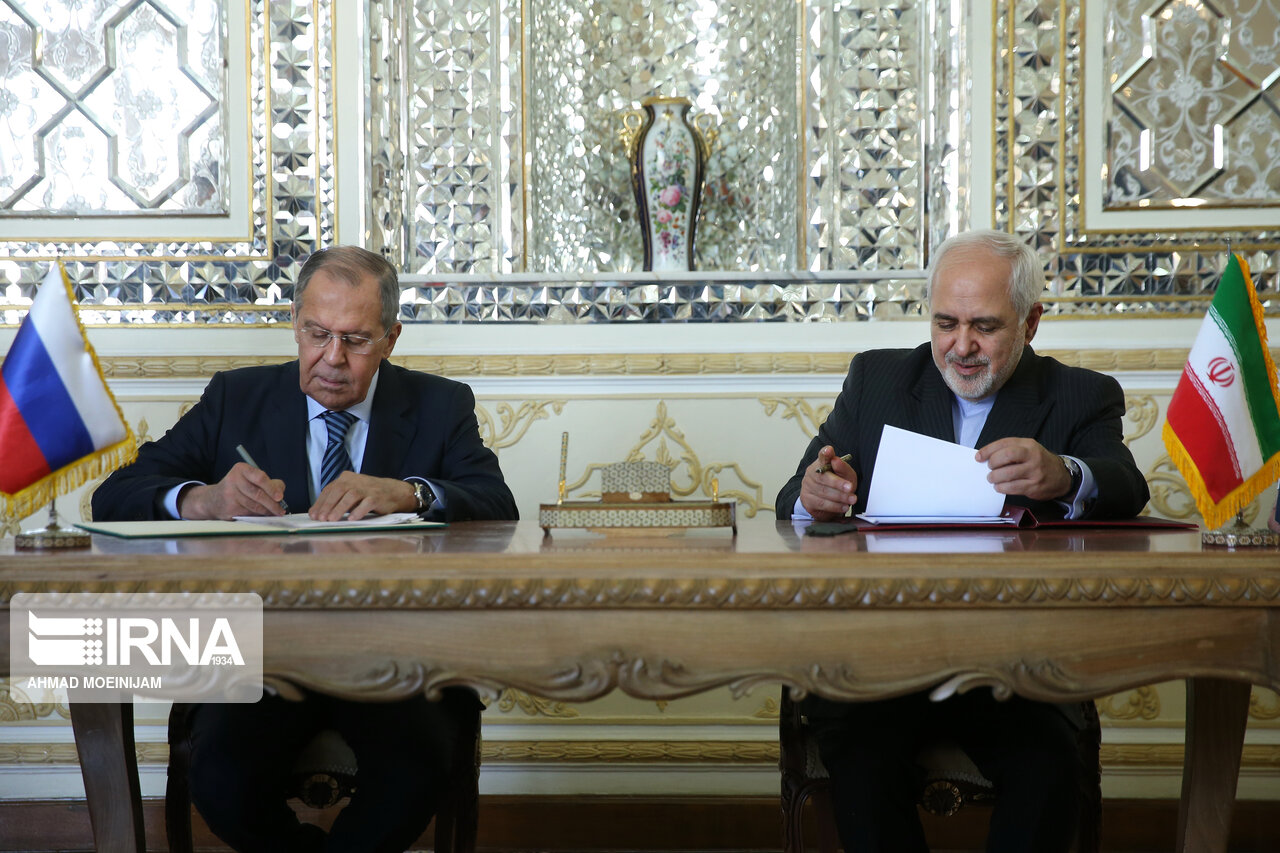 In the Tuesday meeting, the two top diplomats exchanged views on bilateral, regional and international cooperation in a range of areas as decided by leaders of both countries.

Zarif underlined that Tehran and Moscow enjoy strategic relations, adding Russia is an important neighbour for Iran and has political, cultural, economic, security and strategic ties with the Islamic Republic.

The Iranian foreign minister expressed hope that the two countries will reach agreement on the production of the Sputnik-V vaccine in Iran and pave the way for the Islamic Republic to purchase more doses of COVID-19 vaccines from Russia to meet its needs.

Also on the agenda of the talks was Tehran-Moscow cooperation on economic, cultural and nuclear fronts.

The top Iranian diplomat said the two countries are also working together to prevent and stop bloodshed and fight terrorism and extremism in the region.

“Our cooperation in the region will help promote peace and security, and we will move forward with this cooperation within the framework of the Astana talks and otherwise,” Zarif noted.

Iran’s foreign minister said Persian Gulf countries should be able to settle their issues within the framework of dialogue and independently from the 2015 nuclear deal, officially known as the Joint Comprehensive Plan of Action (JCPOA).

In the meeting, the two sides also discussed moves by Iran and Russia to coordinate efforts to boost the trend of peace and tranquility in Afghanistan and bring the country out of the current situation.

The Iranian top diplomat also urged the United States to lift all sanctions without stopping the implementation of its obligations under the JCPOA.

“Once Iran verifies the removal of sanctions, it will take the necessary action,” he added.

“However, the Americans should know that neither sanctions nor acts of sabotage will be a lever for them to force Iran into talks, and it will only make the situation more difficult for them,” he said.

The Russian foreign minister, in turn, hailed the political dialogue between the two countries as regular and full of substance.

Lavrov also urged Tehran and Moscow to forge closer cooperation within the framework of the Eurasian Economic Union.

As for the fight against the coronavirus, said the top Russian diplomat, every effort will be made to provide Iran with the Sputnik-V vaccine and to jointly produce the vaccine in Iran.

Lavrov then touched upon the current negotiations in Vienna, and said all parties should be urged to implement the JCPOA.

He said Russia has presented a collective initiative to provide collective security in the Persian Gulf, adding Moscow believes the differences which have piled up in the Persian Gulf region can only be resolved through overarching talks and mutual respect while taking into account the interests and concerns of all sides.

He noted that the Hormuz peace initiative already put forward by Iran is based on similar principles.

‘Kink Culture’ is so creepy for Children