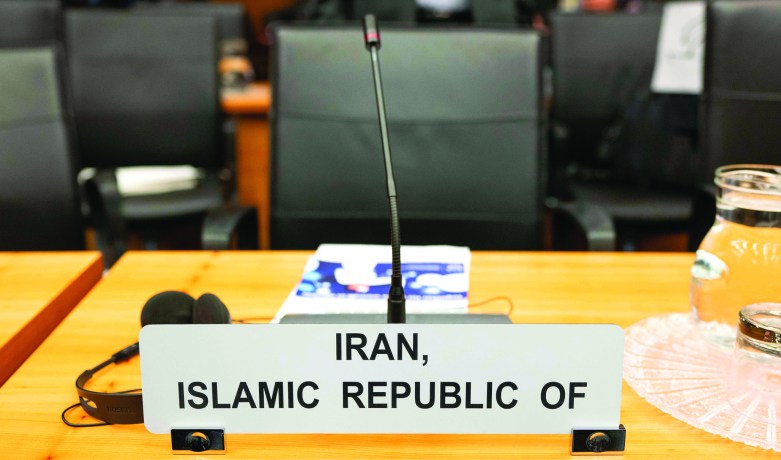 In the wake of an explosion that caused a blackout at an Iranian nuclear facility in Natanz, which Israeli outlets have attributed to the Mossad, Iranian foreign minister Javad Zarif condemned Israel’s reported involvement as “reckless criminal nuclear terrorism” and a “grave war crime” in a letter to U.N. secretary general Antonio Guterres:

The deliberate targeting of a highly sensitive nuclear facility—with the high risk of potential release of radioactive material—constitutes reckless criminal nuclear terrorism. Considering the possible indiscriminate human and environmental consequences of this international crime, those who planned, ordered, participated and carried out this cowardly act committed a grave war crime; one that must not go unpunished.

In what appears to be a swipe at the United States, he also writes, “Any power with knowledge of, or acquiescence in, this act must also be held accountable as an accomplice to this war crime.”

According to Zarif, the Natanz incident increases pressure on the United States to offer unilateral concessions to Iran in the context of the ongoing indirect nuclear talks in Geneva:

If the United States wants to avert the drastic consequences of foolish gambles by its terrorist stooges, it must cease forthwith to consider unlawful measures—whether economic terrorism perpetrated by Trump (and continued by the current U.S. administration) or the recent nuclear terrorism—as negotiating leverage and remove all sanctions imposed, re-imposed or relabeled since the adoption of the JCPOA.

Never mind that the Biden team can rest easy with the knowledge that the blackout at Natanz likely set back Tehran’s uranium enrichment capabilities nine months, just a day after the regime made a show of restarting certain enrichment activities. Zarif’s claim that the Natanz blackout was some sort of “terrorism” is ridiculous on its face. The sabotage of the nuclear-enrichment site seems to have been executed without a hitch. There’s no indication that it was conducted in a way that would cause radioactive leakage.

But the very fact that Iran operates such a facility, and likely for non-civilian purposes, is the real scandal, and its pursuit of nuclear weapons in contravention of international law is the true “nuclear terrorism” here.

Through savvy diplomacy and a years-long public-relations campaign, Tehran has managed to convince some in U.S. policy circles that its transparent pursuit of nuclear weapons is equivalent to Washington’s decision to levy sanctions on that activity. According to this sleight of hand, seeking weapons of mass destruction in violation of international law is no worse than U.S. steps to contain Iran’s support of regional terrorism and its development of ballistic missiles.

As Zarif has demonstrated, Iran takes this message to its absurd conclusion: that any attempt to prevent the regime’s illegal uranium enrichment is terrorism or even, as another Iranian official put it, a “crime against humanity.”

The Natanz blackout is an opportunity to break free from that framework. The truth is that Israel seems only to have acted in its self-interest to prevent the regime that called its very existence a “cancerous tumor” from acquiring the means to “uproot” it.

Anyone who considers returning to the JCPOA as an end in itself has reason to lament this apparent attack on the Natanz facility. Some of these analysts have even called for the U.S. to condemn Israel for its alleged actions.

But the blackout, and any resulting damage that it caused, has granted the U.S. an advantage as it approaches the talks in Vienna, just as the Biden administration ramped up an effort to squander the leverage left to it by the previous administration by indicating its intent to do away with some sanctions.

As the U.S. and Iran approach the next round of talks in Vienna, this episode should serve as a reminder that preventing Iran from obtaining nuclear weapons, not reaching a hollow agreement with Tehran, ought to be President Biden’s ultimate goal.

The ‘Lived Experience’ Hustle: Academics Need to Counter It