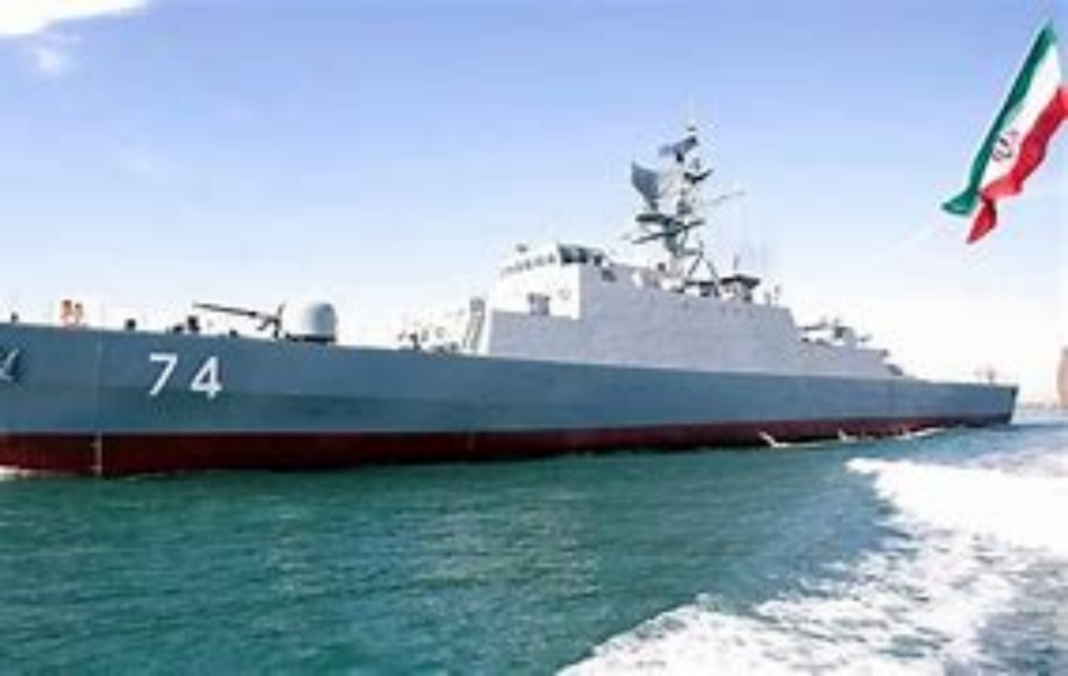 Iran has welcomed two new vessels to its navy – the Iranian-made Dena destroyer and Shahin minehunter – during a ceremony at Bandar Abbas port. The launch comes after Iran sailed two warships into the Atlantic for the first time.

On Monday, during a ceremony at the port of Bandar Abbas on the Persian Gulf, two indigenously developed warships were launched into the sea. The ceremony was attended by the top brass of the armed forces, including Minister of Defense Amir Hatami.

The semi-official Iranian news agency Mehr said the Dena destroyer was designed and built by experts within the Ministry of Defense and Armed Forces Logistics. The all-Iranian vessel weighs more than 1,300 tons, and is 11 meters wide and 94 meters long. It has been equipped with a variety of indigenous hardware, including a 76mm cannon, four cruise missiles and two torpedo launchers, and has a landing deck for helicopters.

Despite being classed as a ‘destroyer’ in Iran, the Dena is considerably smaller than Western analogues. For example, the UK Royal Navy’s Daring class destroyers are 152 meters long and have a displacement of 7,350 to 8,500 tons. The Dena is more comparable in size with a Royal Navy river-class offshore patrol vessel. The Iranian warship is the fourth in its class to be launched.

The minehunter Shahin, meaning hawk, has a length of 33 meters and a width of 11 meters. The ship will assist with operations concerning the tracking and disposal of mines.

On Thursday last week, the Iranian navy announced that two vessels, both indigenously developed, had reached the Atlantic Ocean for the first time, following a nearly 6,000-nautical-mile journey.

US Defense Secretary Lloyd Austin said the presence of the two vessels in the Atlantic, amid reports they were heading to Venezuela to complete an arms deal, was of “great concern.”

Olympics: Advisory against traveling to Japan over coronavirus pandemic concerns