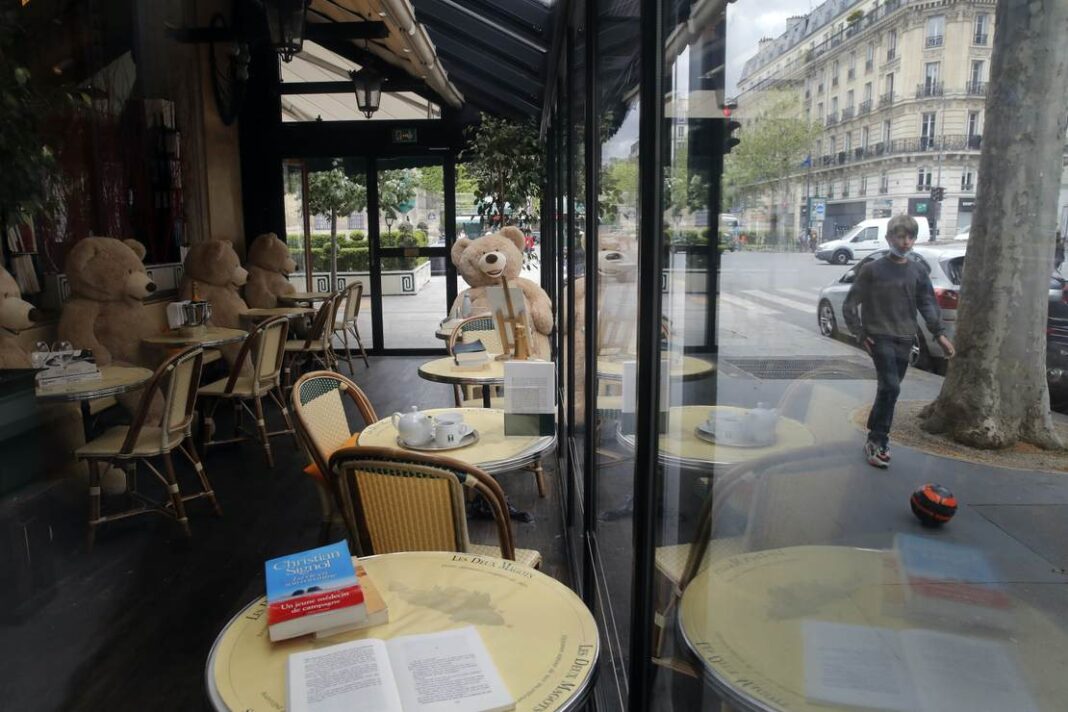 A pressing question from Kyle Smith: At what point do we decide that enough people have been vaxxed that pandemic restrictions should be tailored to them rather than to the unvaccinated?

Six months ago, the argument for keeping things closed was that letting strangers pack in together in businesses risked starting new chains of transmission that would ultimately claim the old and vulnerable. Six months later, we’ve arrived at the point where nearly all adults who want to be immunized have had an opportunity. Unless you’re immunocompromised or a young child, your risk of being infected is now essentially under your own control. So why should the vaccinated be kept out of restaurants, bars, concert halls, or sports events because some stubborn vaccine refuseniks won’t protect themselves by getting their shots?

Although not yet half the country is vaccinated, just about everyone over 16 who really wants the vaccine has gotten it. CVS is now offering the vaccine to walk-ins nationwide. Looking at the numbers from the U.K. and Israel, where the virus seems to have been defeated as vaccination rates have surpassed 50 percent, the U.S. slowdown is dispiriting. A lot of people just don’t want the vaccine…

It may be some time before COVID-19 deaths approach zero in this country, but after a vaccine is widely available, allowing yourself to be vulnerable is a matter of individual choice. Once we have hit the point where the only reason not to have been vaccinated is that you refuse the vaccine, it’s time to reopen everything fully. The unvaccinated population is, to me, acting unwisely, but that’s their problem. As long as I’m vaccinated, I don’t really care what they do. Nor am I averse to sitting next to them in a theater, arena or stadium. I have no reason to fear them, and they have no reason to fear me.

You can quibble with that argument at the edges. Maybe we should give poor and/or rural people who don’t have the same access to info about the vaccines that you and I do a little more time to get up to speed. Pharmacies like CVS are only just now starting to allow walk-in appointments. The feds are ramping up vaccine shipments to less populated areas. The outreach strategy is shifting from mass vaccination centers to personal physicians, who are best positioned to get reluctant patients to take the plunge. There are still people out there who are open to getting vaccinated but need a little more persuasion. Maybe you’re willing to limit businesses for a few weeks longer to give them time to come around.

But at some point, whether now or in two weeks or in a month, we all arrive at the place Smith is. We’ll have given everyone a meaningful chance to get vaccinated. If they haven’t taken that chance, that’s their choice. Society can’t cater to the willingly unvaccinated forever.

A few facts to bear in mind as you consider when the appropriate time for full reopening is. Although it feels like COVID is over (especially if you’re vaccinated), America is still near 50,000 cases and more than 700 deaths per day. Even with more than 100 million people fully immunized, someone in this country is dying of the disease around once every two minutes. It’s not over. But it’s also true that things have never looked better. After setting a new record yesterday, America’s national positivity rate dropped again today to its lowest point of the entire pandemic, 3.6 percent:

Daily cases are below 50,000 for the first time since October. The country’s two biggest states are also seeing milestones this week, with California dipping to its lowest average number of cases since May 2020 and Texas falling to its lowest since June 2020. Even public health experts and our bleak bad-news media are chirping excitedly about the brightening pandemic picture. Never did I think we’d see the day when Michael “Dr. Doom” Osterholm would sound optimistic but we’ve made it:

Public health experts remain cautious, but said that while they still expect significant local and regional surges in the coming weeks, they do not think they will be as widespread or reach past peaks.

“We’re clearly turning the corner,” said Michael Osterholm, director of the Center for Infectious Disease Research and Policy at the University of Minnesota…

For the moment … epidemiologists are uncharacteristically optimistic. “We’re in a really good spell and we can act accordingly,” said Andrew Noymer, an epidemiologist at the University of California, Irvine, who said it made sense to loosen restrictions now, when the risk is lower than it might be this winter.

The CDC issued its own surprisingly optimistic study yesterday modeling four scenarios for the rest of the year depending upon how many people get vaccinated and how many go on taking precautions like mask-wearing. In some scenarios we get to very few cases and deaths soonish, but in all scenarios we see steep declines:

“Under the most optimistic scenario, deaths from covid-19, the disease caused by the coronavirus, could drop into the low 100s per week in August and into the ‘tens’ per week in September,” said one epidemiologist to WaPo. At which point on that graph should we take Smith’s advice and reopen everything? I continue to like the idea of tying reopening to vaccination benchmarks where, say, all capacity limits are lifted once a state or city hits 50 or 60 percent of adults fully vaccinated. But I sense that won’t fly with business owners who are impatient to get the revenue flowing again and don’t want to have to wait around indefinitely until government officials beg enough anti-vaxxers to get immunized.

I’ll leave you with the “View” take on this, with Meghan McCain scolding liberals for being too reluctant to drop their precautions even post-vaccination. Phil Klein wrote earlier that some have effectively become “institutionalized” by COVID, continuing to avoid risk to the same degree that they did a year ago when the risk of serious illness was much greater. Mark my words, within the next few months the therapy industry is going to start rolling out “re-entry counselors” to help those nervous but well-heeled lefties feel comfortable going out to eat again.

AMERICANS UNWILLING TO LET GO OF LOCKDOWN? With U.S. COVID-19 cases starting to drop and the CDC easing guidance, the co-hosts react to an article that says liberals are reluctant to relax restrictions with many still adhering to strict safety protocols. https://t.co/cVclFZQmjA pic.twitter.com/30BHzrIN4Q