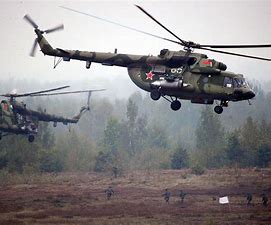 This thread from RAND analyst Mike Mazarr got lots of buzz on political Twitter this afternoon, for good reason. It’s a perfect complement to my post earlier about how Moscow is apt to react to confirmation that U.S. intelligence is all but aiming the Ukrainians’ guns for them as they target Russian troops in the field.

There are two ways Russia could go now that it faces the prospect of a long war in eastern Ukraine. One: Try to surround and crush the Ukrainian forces in the Donbas, giving Russia full control of the territory, then sue for peace. If Ukraine agrees to concede the land Russia has occupied, Russia could declare victory and slink off to lick its wounds.

Two: Go all-in. Full mobilization of the Russian people in support of total conquest of Ukraine.

Which path is likelier at this point?

I wrote about the fanaticism on display lately in Russian state media in the earlier post but here’s video from Julia Davis to illustrate the extent to which Russian house organs are framing the war as a battle between Russia and NATO more so than Russia and Ukraine. And they’re willing to go a very long way, rhetorically at least, to save face in that battle.

Russian state TV is raging about WWIII and an inevitable escalation over Russia’s invasion of Ukraine. Citizens are being primed to believe that even the worst outcome is a good thing, because those dying for the Motherland will skyrocket to paradise.https://t.co/PzAt9jCBLt pic.twitter.com/DK2mXXWdfe

As great as the cost of the war to Russia’s army and Russia’s economy may be, the biggest casualty may be Russian pride. They expected to take Kiev in three days; instead their forces have withdrawn from the north. They hoped to spook their neighbors into not allying with the west over Russia; instead eastern Europe has been Ukraine’s staunchest ally and Finland and Sweden are scrambling to join NATO. Their fearsome military seems inept and their economic leverage over Europe in the form of energy exports is shrinking. Their archenemy, the United States, is operating with total impunity in supplying Ukraine with weapons and intelligence.

They can’t help but consider the possibility that what the rest of the world already knows to be true really is true — that they’re a fading, second-tier power. In which case, this conflict could become existential. Not so much with respect to the existence of Russia but with respect to Russia’s existence as a major power and prestigious player in world affairs.

Although, in the minds of Russian nationalists, one equals the other.

There’s not much they can do about the damage to their army or to their economy but they can do something about the injury to their pride. They can go all-in. That will let them extend the delusion a bit further that the only reason they’ve had trouble in Ukraine is because they haven’t fully committed to the fight. Russia is still the mighty power it was in the days of the Soviet Union. It’s just been fighting with one hand behind its back so as not to start a world war.

But since NATO has now started it by backing Ukraine so strongly, now Russia has an opportunity to show what it can really do.

Mazarr points to this recent essay assessing that wounded pride has led the Russian military to turn towards escalation in Ukraine, not towards withdrawal:

Russia’s military believes that limiting the war’s initial goals is a serious error. They now argue that Russia is not fighting Ukraine, but NATO. Senior officers have therefore concluded that the Western alliance is fighting all out (through the supply of increasingly sophisticated weaponry) while its own forces operate under peacetime constraints like a bar on airstrikes against some key areas of Ukraine’s infrastructure. In short, the military now demands all-out war, including mobilization…

In 2014, when the Russian army swiftly occupied Crimea, the military and the security services were on the same page with Putin – they fully supported his decision to annex Crimea and were enthusiastic about the way it was done. It is very significantly different in 2022.

Does it matter? It matters a lot. This is the very first time the siloviki are putting distance between themselves and the president. Which opens up all sorts of possibilities.

Remember that Russia celebrates Victory Day on May 9 commemorating its war against the Nazis. It’s been assumed for weeks that Putin will be looking for some sort of major triumph in Ukraine which he can point to on that date to say that the “special military operation” is succeeding. Maybe the near-conquest of Mariupol provides that. But Mazarr imagines a more ominous possibility:

4/ They worry that Victory Day will be “used as a fulcrum to mobilize a much larger force,” and predict that Moscow will “use 9 May as the day on which the ‘special military operation’ is officially framed as a ‘war'” and Putin demands national mobilization for a longer conflict

Does full mobilization mean taking the fight to NATO? Tom Nichols, an expert on Russia, has speculated for weeks that if things go badly for Moscow in Ukraine it might pick a fight with NATO simply to save face. It’s less embarrassing to lose to a multinational alliance of wealthy western nations, after all, then to lose to a much smaller former Soviet country like Ukraine. Another essay flagged by Mazarr also imagines Russia expanding the war:

Finally, the Russian decision to double down is a high-stakes gamble. If Russia mobilises and eventually overcomes Ukrainian resistance then NATO will face an aggressive, isolated and militarised state. If Russia loses then President Putin has now begun radicalising the population in the pursuit of policies that he will struggle to deliver. Failure to defeat the Ukrainian state after relentlessly comparing it to the Nazi regime may have serious consequences for Putin and those around him. To frame a conflict as existential and to lose must necessarily call the suitability of a leader into question among Russia’s political elites. NATO states therefore need to consider how to manage escalation pathways that follow if Russia is not only defeated in Donbas but finds its newly mobilised and poorly trained troops, with few remaining stocks of precision munitions, unable to deliver a victory in the summer. The death of Putin’s political project is plausible, but it has already inflicted immense damage internationally and risks doing considerably more.

The rhetoric on both sides has been escalating. Biden famously declared that Putin can’t remain in power; two days ago, Lloyd Austin admitted that America wants Russia “weakened” in Ukraine. Yesterday Russia’s foreign minister, Sergei Lavrov, described Ukraine as a NATO proxy and warned them not to provoke World War III. We’re a looong way from late February, when Putin was babbling about Russians and Ukrainians being one people.

What happens if Putin declares a full mobilization on May 9 and says Russia is now at war with NATO? Time to start thinking about it. I’ll leave you with this.

12/ What happens if Putin does use May 9 to commit to nat’l mobilization to get a total win in Ukraine? In the process telling the RU people they are at war w/NATO? And if he ends restrictions on mil ops, for eg on airstrikes or covert ops vs NATO convoys + training centers?

15/ What then do third parties do? Do US allies boost aid? What of the hedgers: Do India, Brazil, Nigeria, Mexico, Indonesia, Vietnam etc now go full-throated in condemnation of RU–or do they tilt the other way and demand that Ukraine + the West essentially give up?