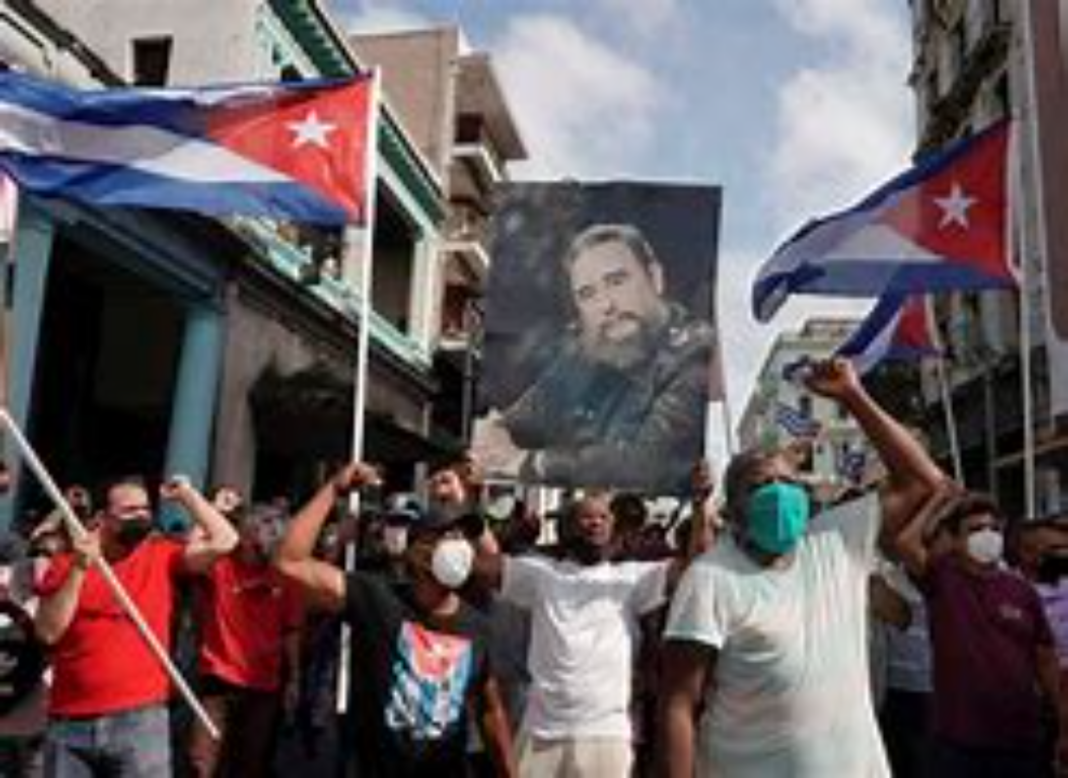 John noted last night the large anti-regime protests in Cuba, and one hopes that this is the beginning of the end for the Castro tyranny, in just the way that mass protests in Eastern Europe in 1989 presaged the fall of the Berlin Wall in November of that year, and the collapse of Communist rule shortly thereafter.

There are reasons to worry about this scene, however. Protestors took to the streets “in cities all around the country” according to media reports. Did these protests happen spontaneously? There are credible reports of building unrest among Cubans for several months now, but protests usually require some planning, coordination, and communication. Cuba keeps a tight lid on communications (and especially the internet). It is reported today that Cuba has shut down the internet to hinder further protest planning.

Cuban intelligence is really good: can it be they had no inkling that a protest might be reaching critical mass? Or could this have been a false-flag operation of Cuban intelligence to smoke out leading dissidents so as to identify and arrest them? There are lots of examples of the Communist regimes of old in Eastern Europe actually setting up or running “opposition” groups for the very purpose of identifying and arresting potential troublemakers. And protests of any kind in Cuba are very rare. Keep your eye out to see if we get credible reports of mass arrests, though the the Cuban government will likely do this quietly and out of sight of foreign observers to the largest extent possible.

Maybe the Cuban regime has grown less competent—wouldn’t be the first time that’s happened in a Communist country—or has lost its nerve to some extent. Incompetence is actually the proximate cause of the Berlin Wall coming down in an instant in 1989. But it is good to bear in mind a central fact from that now long-ago happy ending: As Angelo Codevilla once put it in his inimitable direct style: Communist rule collapsed when the rulers lost the will to shoot their own people in large enough numbers. Do we think Cuba’s rulers have reached that point? I doubt it.* Hope to be wrong about all of this.

I know of a credible account from more than 25 years ago where someone asked Fidel and Raul Castro over a fancy dinner what would happen if they liberalized Cuba at all. One of the Castros reportedly answered: “We’d all be hanging from lampposts in a week.”

OMG, they’re not going to let up!