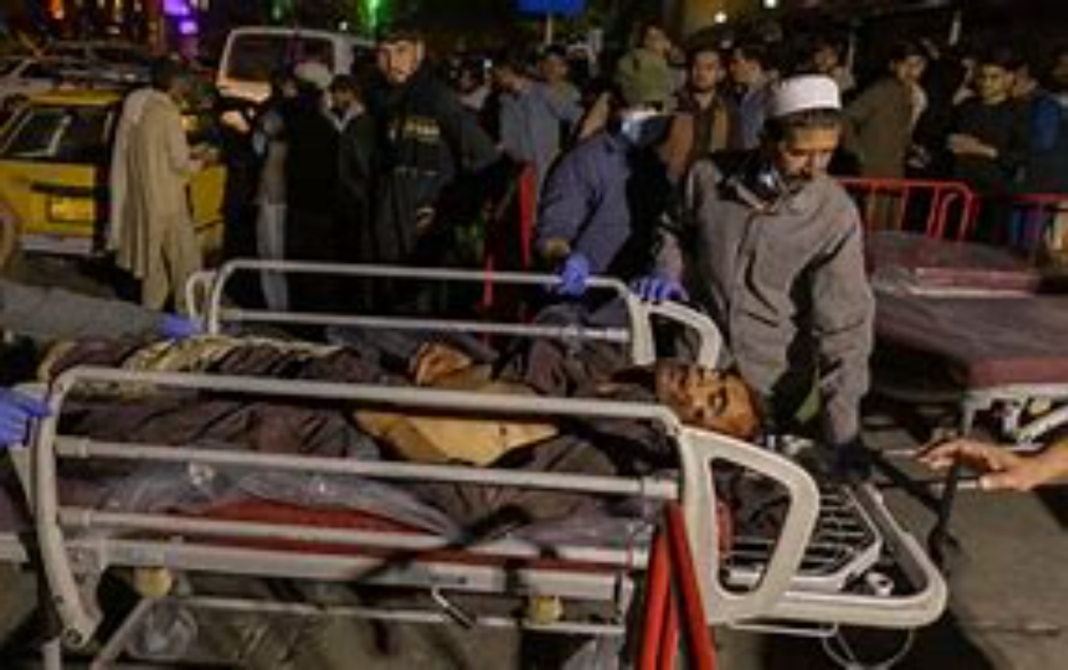 The ISIS affiliate group in Afghanistan has largely amassed funding with the help of global terrorist-financing networks and its main sponsor, the Islamic State of Iraq and Syria, according to Treasury Department memos reviewed by The Daily Caller News Foundation.

ISIS-Khorasan, or ISIS-K, took responsibility for an explosion outside the Kabul airport Thursday that left 13 U.S. service members dead and 18 more wounded.

The group was designated a terrorist organization by the U.S. State Department in 2016 and was the first ISIS affiliate designated by the United Nations. The group began in 2015 with ISIS’ expansion in the Khorasan region of Afghanistan.

ISIS-K is funded mainly through “local donations, taxation, extortion, and some financial support from ISIS-core,” according to a declassified January Treasury Department Inspector General’s memorandum.

The Treasury Department said that Afghan Taliban and Afghan government forces taking back control of southern Nangarhar from ISIS-K in 2019 left the ISIS affiliate without access to key natural resources, diminishing some of its opportunities for funding.

In early 2020, however, ISIS-K found financial support likely from ISIS-core, according to the Treasury Department.

ISIS-K “retains at least some financial reserves and relies on hawalas, particularly in Kabul and Jalalabad,” the memo stated. Hawalas are foreign remittance transfers made through a dealer that are quicker and cheaper than a traditional bank.

Former Assistant Secretary of the Treasury for Terrorist Finance Marshall Billingslea told The Daily Caller News Foundation that ISIS-K has long been supported by ISIS-core, which is responsible for sending billions of dollars to its global affiliates.

“The Obama-Biden withdrawal from Iraq in 2011 directly resulted in the rise of the ISIS caliphate,” Billingslea said. “From Iraq and Syria, ISIS funneled its billions to create terror cells around the world, especially in Khorosan, Afghanistan.”

“Ten years later, as President [Joe] Biden cuts and runs from Afghanistan, we have suffered grievously at the hands of a terror group that should never have come into existence,” Billingslea said.

In 2019, the Treasury Department designated two Turkey-based ISIS and four ISIS-linked companies in Syria, Turkey, across the Gulf, and Europe for their financial and logistical support of ISIS and took action against Afghanistan-based Nejaat Social Welfare Organization “for using false charitable pretenses as a cover to facilitate the transfer of funds and support the activities” of ISIS-K.

Nejaat received funds from Qatar, the United Arab Emirates, Iraq, and other Middle Eastern countries and funneled them through banking systems to their offices in Kabul and Jalalabad for ISIS-K, according to the Treasury Department.

Biden emphasized Tuesday the “growing risk of an attack” by ISIS-K and spoke of the group’s aspirations to attack the airport. The next day, the U.S. Embassy in Kabul notified Americans wanting to leave Afghanistan to leave the airport “immediately” due to “security threats.”

The Truth About Bill Gates, Microsoft, and Jeffrey Epstein

Illinois chemical plant was inspected by a federal agency less than...