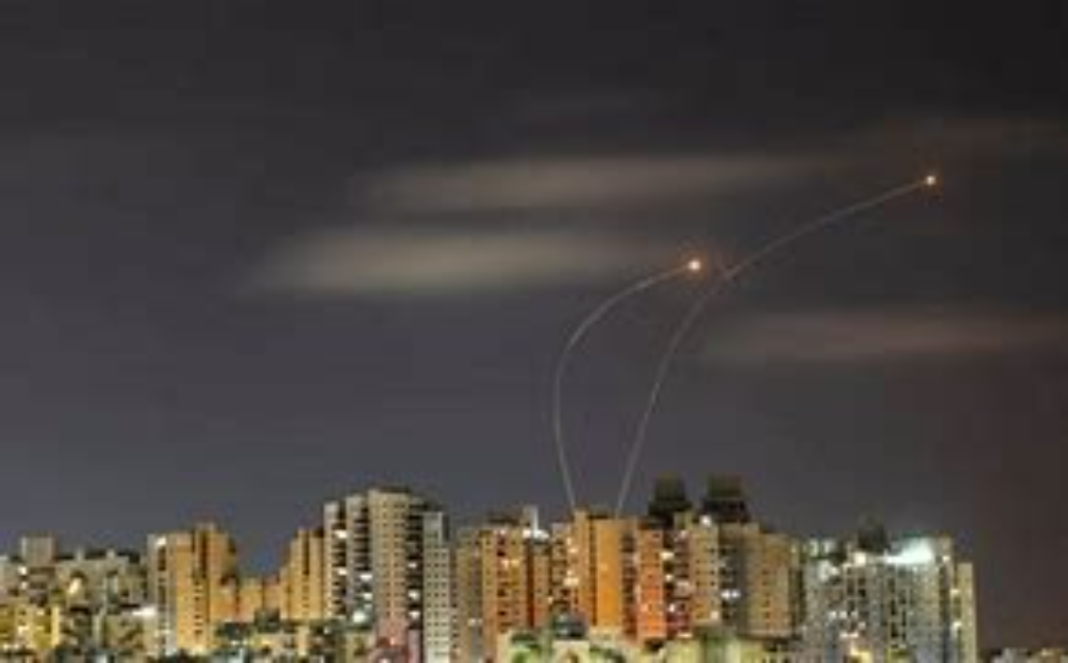 The reason for this is not only the reluctance of Hezbollah to draw Lebanon into another bloody conflict, especially now when the country is mired in deep economic and political crises. It also stems from Israel being preoccupied with other problems and the split within its own coalition.

Friday saw another escalation on the Israel-Lebanon border after militants from Hezbollah, a Shiite group linked to Iran and one of the Jewish state’s biggest foes, launched 19 rockets into Israel.

Three of those rockets fell inside Lebanon, the remaining 16 reached Israel. Only ten of them were intercepted by the Iron Dome missile defence system.

Dr Eyal Zisser, the vice-rector of Tel Aviv University and a leading expert on Hezbollah, has been monitoring the situation closely. He says the recent round of hostilities only further reiterates the basic fact that “the Lebanese Army has not been in control of Lebanon”.

“We have known this for years. The Lebanese Army is powerless. It might be there when it comes to law. But when it comes to confronting Hezbollah [on their own], they are not up for the job”.

Hezbollah fighters hold flags as they attend the memorial of their slain leader Sheik Abbas al-Mousawi, who was killed by an Israeli airstrike in 1992

This is not the first time Hezbollah and its allies have targeted Israel. In May, amid the Jewish state’s confrontation with Hamas, Palestinian groups positioned in southern Lebanon fired several rockets on the country’s northern communities.

Back then, Hezbollah didn’t take responsibility but it was widely believed it had okayed the move and that the Shiite militia cooperated with the Palestinian groups to subdue Israel.

The recent tensions caused panic among Israelis living in the area. Although no casualties or injuries were reported, reports suggest that several people sought psychological assistance to deal with issues. Some residents expressed the fear that the situation might spiral out of control and that another war could be just around the corner.

Full-Fledged War Not on Horizon

But Zisser says the recent round of hostilities was nothing more than an “exchange of messages” and that neither side is interested in a further escalation of tensions.

“When they fire rockets, they make sure not to hit areas packed with people. These are mostly uninhabited and open places or the sea”.

The Second Lebanon War that erupted in 2006 following the kidnapping and subsequent murder of two Israeli soldiers, left deep scars in the minds of Hezbollah militants.

During the 33-day war, Israeli jets dropped some 7,000 bombs and missiles on southern Lebanon. It also severely destroyed the country’s infrastructure and a year after the war the total damage was estimated to be at $3.5 billion.

Zisser says Hezbollah doesn’t want a repetition of those days, especially now when Lebanon is mired in deep economic and political crises, when the security situation is fluid, when the Lebanese public is on edge, and when the group doesn’t enjoy the same level of popularity it once did.

“For them, dragging Lebanon into another war would mean they would lead the country into a collapse. And that would be suicidal”.

And so it might be for Israel as well. The way things stands now, the Jewish state has its own problems to worry about. The country is dealing with the fourth wave of the coronavirus pandemic, registering more than 3,000 new cases per day, the highest in recent months.

It is also dealing with severe unemployment triggered by the pandemic as well as a security situation on its southern border with Hamas militants.

However, COVID-19 and the Islamic group that controls the Gaza Strip are not the Israeli government’s only problems. The divisions within the said government, which is comprised of eight parties representing the left, the right and the centre, will make it difficult for Prime Minister Naftali Bennett to wage a full-fledged war with Lebanon.

Yet, Zisser warns that “while we all know how these escalations begin, nobody knows how they will end”. And if this is the case, Israel and Lebanon should be careful not to find themselves on the brink of yet another conflict.