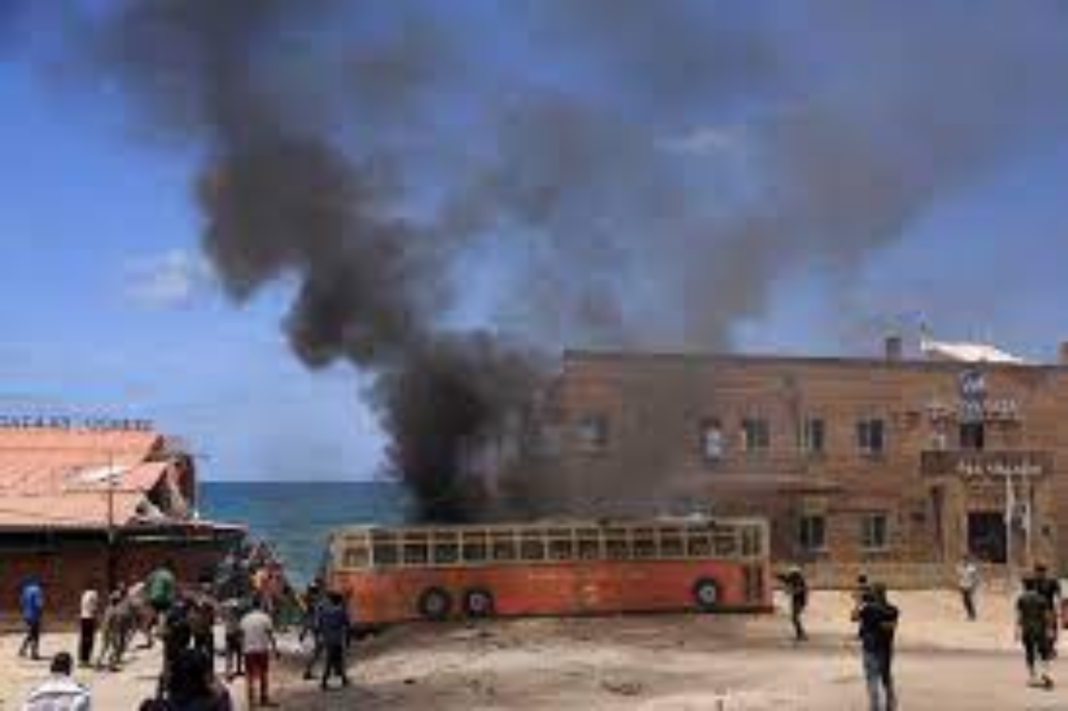 The current war between Israel and Hamas is a victory for both Iran’s “Axis of Resistance” and benefits Israel’s far-right. It cannot end well for Israel, and comes at the expense of Palestinian lives, and regional peace processes.

Hamas has won this war even before it ends. It is a victory against Hamas’ Palestinian and Arab rivals, who sought peace through negotiations. Israel gifted this to Hamas by giving it the opportunity to take the moral high ground, Israel lost because it has no options itself for a good outcome.

As it stands Israel cannot stop bombing Gaza, that would be capitulation. It also cannot continue bombing Gaza, there is a limit to how many people Israel can kill with no clear objective. Killing for the sake of killing is not a strategy. Israel’s friends in the region are humiliated, its enemies triumphant. Someone needs to save Israel from itself.

Wars can result in moral and political victories even when accompanied by military defeats. The 1956 Suez War is a prime example. Gamal Abdel Nasser emerged much stronger after losing the war, and regimes dominated by colonels emulating his model of Arab nationalism sprang up throughout the region.

This is also reminiscent of the summer of 2006, when a war in Gaza was provoked by Hamas abducting an Israeli soldier and resembles the 2006 Lebanon war – triggered by Hezbollah crossing the border and the associated killing of eight Israeli soldiers and abduction of a further two. Both were accompanied by rocket attacks that caused panic in Israel, shutting down the airport and sending terrorized Israeli citizens to underground shelters amid the sound of sirens.

Israel fell into the trap on both occasions and reacted with what is euphemistically described as disproportionate violence. Both Gaza and Lebanon suffered huge destruction and civilian casualties. Hamas and Hezbollah, however, proved that armed resistance can achieve what years of negotiations could not: Israel was later forced to release hundreds of prisoners and the paralysis caused by the rocket attacks was seen as a deterrent.

Today, the optics could not have been worse for Israel. Refugees are being publicly evicted and replaced by Jewish settlers in East Jerusalem. At the center of this conflict is the Arab neighborhood of Sheikh Jarrah, where most of the city’s foreign consulates are located.

It is also difficult to imagine worse timing. On one of the holiest evenings of the month of Ramadan, the Israeli army stormed the al-Aqsa mosque and shot at people during prayers. Palestinians had been protesting a ban against gathering in public places, such as the Damascus Gate of the old city, during the festive evenings.

The backdrop also includes an annual hate march by Israelis chanting anti-Arab slogans. This was Israel at its worse, resuscitating memories of the 1948 Nakba, a few days before its anniversary. It triggered an unprecedented wave of protests by Palestinian citizens of Israel in major cities from Lydda to Jaffa and Acre.

This was too good an opportunity to miss. Hamas gave Israel an ultimatum that Israel was obviously going to disregard and attacked with more sophisticated missiles than ever before. For the Israelis it was like a recurring nightmare, with sirens, shelters, and civilian casualties. Worst of all, Israel reacted predictably with brute force, with air raids and bombings causing heavy civilian casualties.

At the same time Hamas proceeded to declare itself the protector of the al-Aqsa mosque, the savior of refugees, and called for their right of return, all while riding the spreading wave of protests by Palestinian citizens across Israel. This was all eloquently articulated by Hamas leader Ismail Haniyeh, who reiterated that armed resistance is the only path to protection, and shamed both the Palestine Liberation Organization (PLO), and the Palestinian authority for achieving nothing through years of negotiations. He also discredited the recent Abraham Accords of normalization of relations between Arab countries and Israel, and went on a fundraising tour of Qatar and Kuwait.

For Hamas this was a win-win scenario, using the same logic as that of Iran-backed Hezbollah: That the arms of the resistance are the only protection against Israeli aggression. Its message was further legitimized by a flood of dramatic videos circulating all over the media. One showed a woman calmly pleading with a settler to give her back her home in Sheikh Jarrah. Others had apocalyptic scenes of trees catching fire around the al-Aqsa Mosque, and of soldiers attacking protestors and overturning food carts.

While Hamas may have achieved all its objectives even while the battle is still raging, it is difficult to imagine what Israel’s options are to end the war with tangible results. Israel cannot stop its operations, nor can it continue without defining achievable goals. This is the same situation if found itself in the Lebanon war of 2006 with only lose-lose scenarios.

This is also a war that affects elections on both sides. It may benefit both Hamas and Prime Minister Netanyahu. It is a perfect illustration of how radicals feed on each other and their actions mutually validate and legitimize their positions. For the far-right in Israel, it is in their interest to portray Palestinians as all being Hamas terrorists with whom negotiations are impossible. Similarly for Hamas, a figure like Netanyahu confirms that armed struggle is the only option, and that the PLO’s agenda of peace is unachievable and does not provide any protection against Israeli aggression. War ultimately benefits the warmongers and gets them votes by discrediting their internal opponents.

This could have broader regional repercussions, embarrassing the signatories of the Abraham Accords. It is a setback to any possible peace in the region. Iran and the Axis of Resistance win again, and it is a boost for Iran-backed militias in Lebanon, Syria, Iraq, Yemen and of course Palestine. Israel with its actions may have given them all a new lease of life.

There is, however, a major difference with the summer wars of 2006. Those with the highest stakes in this game are now from a new generation, and their aspirations are for that of a better future. They are protesting across the region against the establishment that has kept them in a state of war for over 70 years. Palestinian protests are part of that, they deserve better leadership.