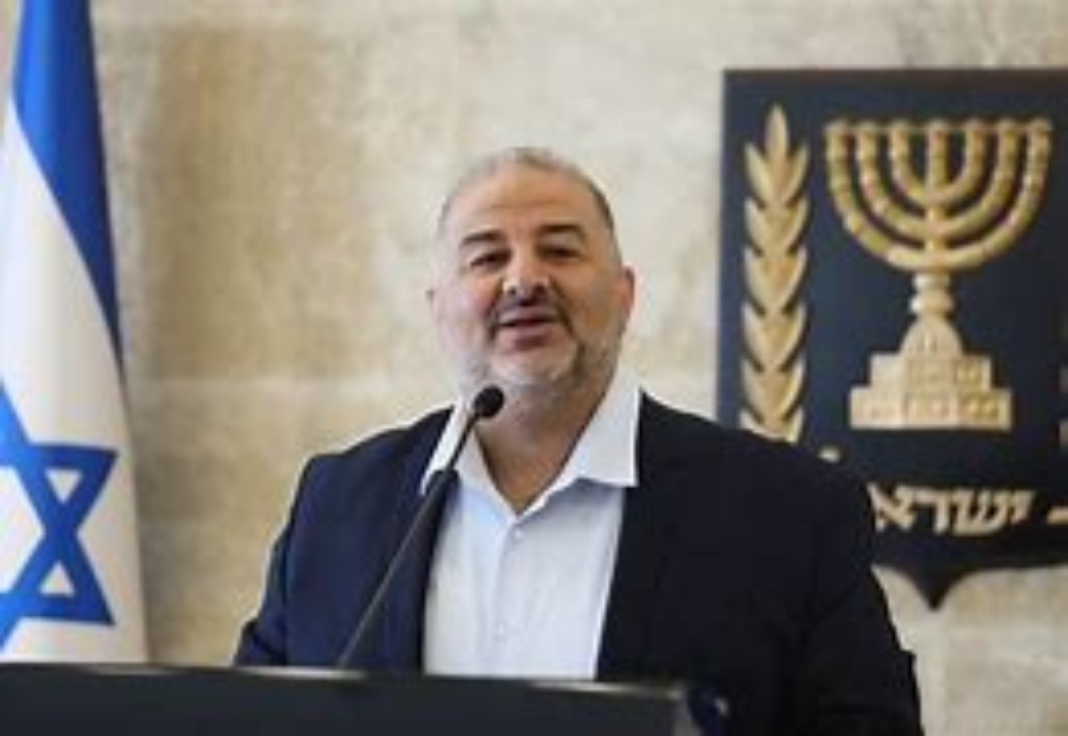 A lawmaker in the Islamist Ra’am party on Sunday reportedly threatened to pull his support for the new government hours before its confirmation vote in protest of certain coalition agreements.

However, as he entered a Ra’am faction meeting on Sunday afternoon ahead of the Knesset vote, MK Saeed al-Harumi said that “there will be a government formed today,” according to the Kan public broadcaster, although the lawmaker refused to answer questions on how he planned to vote.

With the emerging coalition seeking to replace Prime Minister Benjamin Netanyahu holding a razor-thin majority of 61 seats in the 120-seat Knesset, every vote is crucial to approving the proposed government.

Hebrew media reports said al-Harumi’s discontent was centered on the understandings reached by the coalition concerning enforcement of rules against illegal construction among Arab Israelis, particularly Bedouins in the Negev desert.

“I can’t explain to Negev residents that I’m part of the coalition when bulldozers are descending on homes in the Negev,” Al-Harumi, a resident of the Bedouin town of Segev Shalom, was quoted as saying by Kan.

Ra’am leader Mansour Abbas gives a press statement at the President’s Residence in Jerusalem on April 5, 2021. To his right is Ra’am MK Saeed al-Harumi. (Yonatan Sindel/Flash90)

Representatives of the Yesh Atid and Yamina parties reportedly met Saturday evening with senior officials in the shura, or consultation, council of the Southern Islamic Movement, of which Ra’am is the political wing. No agreements were said to have been reached.

If al-Harumi were to abstain during the swearing-in vote, there would still be enough Knesset members — 60 in favor to 59 opposed — to approve the government. But a vote by al-Harumi against the government could deny it the majority needed to be sworn in unless some lawmakers from the majority Arab Joint List decide to abstain rather than oppose the coalition.

Kan reported that the predominantly Arab Joint List still hasn’t decided whether some of its MKs will abstain rather than vote against, but quoted Ra’am leader Mansour Abbas as saying “it will be alright.”

Reports also said al-Harumi was facing intense pressure from Netanyahu to oppose the government and not just abstain, noting the Ra’am MK’s threat came as police were deployed to the Bedouin town of Bir Hadaj ahead of possible building demolitions there. 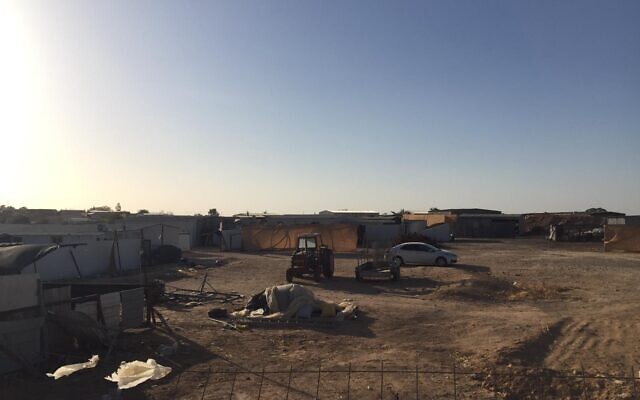 The sun goes down in Bir Hadaj, on Tuesday, April 27, 2021 (Aaron Boxerman/The Times of Israel)

Nearly all Bir Hadaj residents — over 96 percent — voted for Ra’am in the March elections and the Ynet news site said the town is a key base of support for al-Harumi.

“This operation wasn’t planned two weeks ago. It is meant to cause Said al-Harumi to maybe vote against the government,” Salim al-Dantiri, the head of Bir Hadaj’s local council, told Army Radio.

The news site also said the pressure campaign on al-Harumi appeared to be a coordinated move by Netanyahu to ensure the government can only be sworn in with the support, via abstention, of Joint List MKs, noting a statement put out in the morning by premier’s Likud party.

“For the first time in the country’s history and in order to be a prime minister with six seats, [Yamina leader Naftali] Bennett is forming his fraud government with the abstention of the Joint List, which supports terrorists and opposes Israel being as a Jewish and democratic state. There is no limit to the shame,” Likud charged.

Bennett has the support of six of his party’s seven members of Knesset.

Citing unnamed associates of al-Harumi, Ynet said the Ra’am MK had received a blank page from Netanyahu and ultra-Orthodox Shas leader Aryeh Deri, the minister of the Negev and Galilee, to fill out with his demands, and that the two made him numerous promises regarding enforcement of illegal building and other matters important to him. 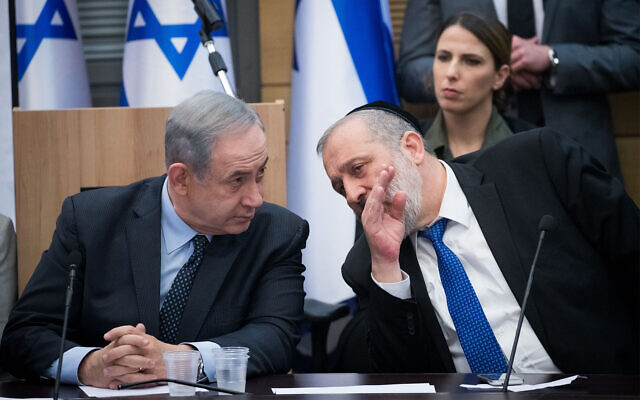 Meanwhile, Labor MK Emilie Moatti was hospitalized Sunday due to side effects from a recent medical procedure, but was still expected to attend the Knesset vote. The center-left Labor is one of eight parties in the coalition, along with Yesh Atid, Yamina, Ra’am, Meretz, New Hope, Yisrael Beytenu and Blue and White.

Additionally, Religious Zionism’s far-right MK Itamar Ben Gvir refused hospital treatment after he was lightly injured in a car crash on Sunday morning as he did not wish to run the risk of not being present in the Knesset to vote against the formation of the new government.

If sworn in, the new coalition will unseat Netanyahu, Israel’s longest-serving premier, after 12 consecutive years in power. The fragile alliance is composed of strange bedfellows of right-wing, left-wing, centrist and Islamist parties that came together to oust Netanyahu and end two years of political deadlock.

Barring any last-minute surprises, Yamina’s Naftali Bennett will become prime minister, to be replaced two years later by centrist Yesh Atid chief Yair Lapid, while Netanyahu — who has led the country overall for 15 years — will become the leader of the opposition. The new government would also be the first in Israel’s history in which an Arab Israeli party — Ra’am — has played such a key role. The coalition deals between the parties were finalized on Friday.