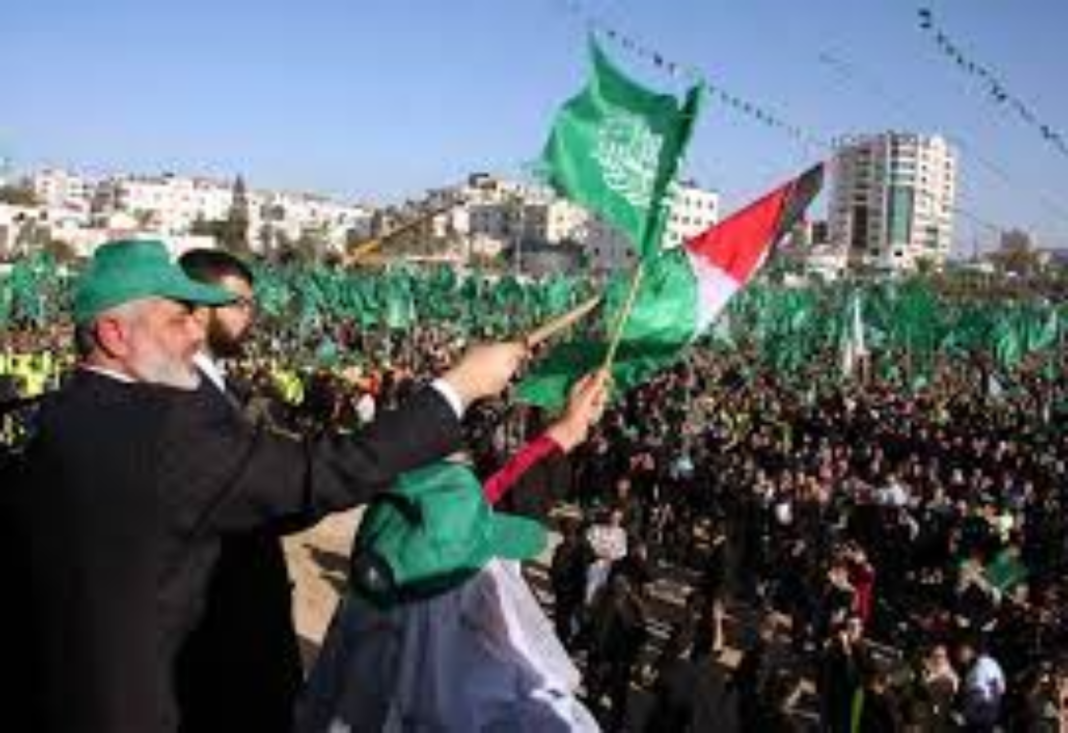 Twenty-four hours after the tower was knocked down, no one in Hamas has (yet) whispered to reporters that the IDF was right about them having some sort of terrorist intelligence operation based in the building. But the Jerusalem Post has sources inside the Israeli military claiming that the evidence has been relayed to the U.S.

Which may explain why the White House didn’t condemn the attack on the tower. Maybe Biden has reason to know that the IDF is telling the truth.

Israel shared intelligence with the US showing how Hamas operated inside the same building with the Associated Press and Al-Jazeera in Gaza, officials in Jerusalem said on Sunday.

Officials in more than one government office confirmed that US President Joe Biden’s phone call to Prime Minister Benjamin Netanyahu on Saturday was, in part, about the bombing of the building, and that Israel showed Biden and American officials the intelligence behind the action.

“We showed them the smoking gun proving Hamas worked out of that building,” a senior diplomatic source said. “I understand they found the explanation satisfactory.”

The AP, whose offices were destroyed in the missile strike, put out a statement yesterday insisting that they’re unaware of any Hamas presence. “AP’s bureau has been in this building for 15 years. We have had no indication Hamas was in the building or active in the building,” the agency said. “This is something we actively check to the best of our ability. We would never knowingly put our journalists at risk.”

Observers with long memories are circulating this Atlantic piece from 2014 by former AP reporter Matti Friedman about how media outlets based in Gaza look the other way at terrorist activity around them, whether out of fear, desire for access, or political sympathies with the Palestinians:

When Hamas’s leaders surveyed their assets before this summer’s round of fighting, they knew that among those assets was the international press. The AP staff in Gaza City would witness a rocket launch right beside their office, endangering reporters and other civilians nearby—and the AP wouldn’t report it, not even in AP articles about Israeli claims that Hamas was launching rockets from residential areas. (This happened.) Hamas fighters would burst into the AP’s Gaza bureau and threaten the staff—and the AP wouldn’t report it. (This also happened.) Cameramen waiting outside Shifa Hospital in Gaza City would film the arrival of civilian casualties and then, at a signal from an official, turn off their cameras when wounded and dead fighters came in, helping Hamas maintain the illusion that only civilians were dying. (This too happened; the information comes from multiple sources with firsthand knowledge of these incidents.)

Friedman’s sources are telling him today that there was indeed a Hamas presence in the tower:

I take army statements like I take foreign press reports – with several grains of salt. But a conversation with a friend who is intimately familiar with military decision-making right now suggests there were indeed Hamas offices there.

The AP “news story,” which stated without evidence that Israel was targeting reporters to silence them, says nothing about what happened but a great deal about journalism. It’s an enormous problem for sane people just trying to get a handle on complex and disturbing events.

There’s more corroboration — from an unlikely source too:

“I’m sure Hamas offices were in that building … I talked to people who worked in the building” pic.twitter.com/kfQlOlSXb3

Verrrry strange that Tommy Vietor, who has no partisan interest to lie here, got wind of Hamas operating in the building but the professional news agency based in the same tower whose job it is to find out information about Gaza had no such inkling.

This is also floating around today, for what it’s worth:

That might explain why it was worth it to Israel to destroy the building even after giving inhabitants, including any Hamas agents operating there, an hour’s notice to evacuate themselves and their belongings. Maybe the underground part of the structure was of particular use to the group for whatever reason, and therefore justified taking the whole edifice down in the name of destroying it. An underground HQ off-limits to the building’s other residents might also explain why the AP is claiming that it didn’t know Hamas was in the building. Reporters there may have *assumed* something was going on based on the presence of men in suits shooing them away, if Posobiec’s account is correct, but without access to the underground part the news agency couldn’t confirm it and therefore could maintain plausible deniability about whom it was sharing a building with.

We’ll see if Israeli intelligence has more to say about the evidence of Hamas’s presence in the building in the next day or two. Stay tuned.

Oil Reaches $80 per Barrel, a seven-year-high