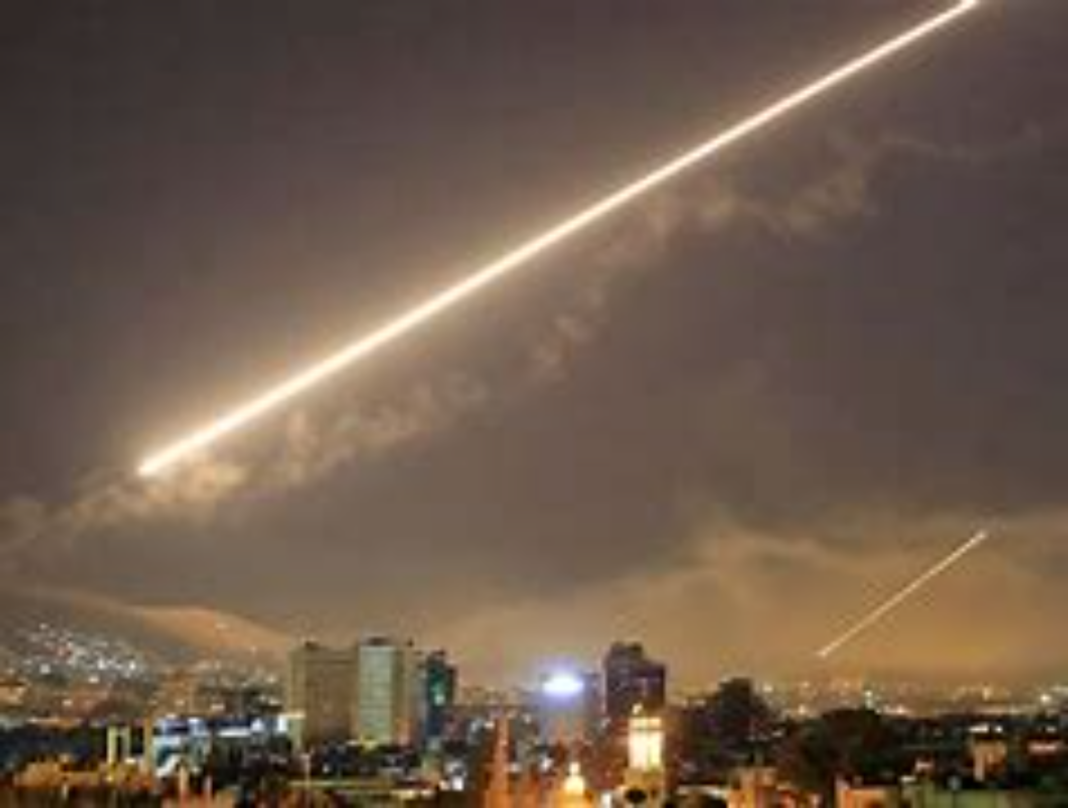 Syrian air defenses intercepted most of the missiles fired during a recent Israeli raid on Damascus, the Russian military said, noting that 21 projectiles were downed during the attack that was launched from Lebanese airspace.

“At about 1:30 September 3, four Israeli Air Force F-15 tactical fighters fired 24 guided missiles at targets in the Syrian Arab Republic from Lebanese airspace,” Rear Admiral Vadim Kulit, deputy head of Russia’s Reconciliation Center for Syria, said in a statement on Friday, referring to an attack on Damascus the night prior.

The Syrian air defense on duty destroyed 21 missiles from the Russian-made Buk-M2E and Pantsir-S1 systems.

Syrian state media reported the nighttime raid at around 1:30am local time on Friday, noting the country’s air defenses were “confronting hostile missiles in the sky over Damascus.” Later on, they cited a military official who said the “Israeli enemy carried out air aggression from the direction southeast of Beirut.”

Though the Israel Defense Forces rarely confirm such operations, the IDF acknowledged that alleged Syrian aid defense missile debris was discovered in Israel, telling residents it would be collected by authorities and urging them not to touch the shrapnel.

Possible shrapnel from the Syrian air defense missile landed in the Kfar Shalem neighborhood of Tel Aviv. The projectile apparently exploded in the air. pic.twitter.com/OwjcYg2kkm

Shrapnel of the S-200 anti-aircraft missile that exploded over Tel Aviv was found earlier today in Kfar Shalem neighborhood of Tel Aviv. pic.twitter.com/4Q9GUomXdC

“A surface-to-air missile was launched during the night from Syrian territory to Israeli territory. The missile exploded over the sea,” the military said, though made no mention of its overnight attack on Damascus, which itself triggered the missile launch.

This morning, residents of the center located several fragments of the missile on the ground. The fragments will be collected by the Israel Police. We thank the residents for their vigilance, and ask to avoid touching these parts.

Tel Aviv has carried out hundreds of similar strikes on Syria throughout the country’s decade-long war against jihadist rebel groups, including several in recent weeks. Israeli officials frequently cite the presence of Iranian-backed militants in Syria to justify the operations, seeing them as a threat.

Tehran and Moscow have both supported Damascus against Islamic State (IS, formerly ISIS) terrorists and the extremist insurgency, which continues to rage on in Idlib province, where many fighters have been permitted to flee under reconciliation deals with the Syrian government.

On Friday, the Russian Reconciliation Center noted that the terrorist group Jabhat al-Nusra – Syria’s main Al-Qaeda affiliate – had launched some 35 attacks on Syrian forces in Idlib over the last day and a half.

The group heads a jihadist umbrella organization known as Hayat Tahrir al-Sham, and is one of the last rebel holdouts after Syrian government forces, backed by heavy Russian air support and Iranian fighters, contained the remaining insurgents to a small portion of Idlib.

Chris Cuomo Was covering up for his Brother by dismissing his...