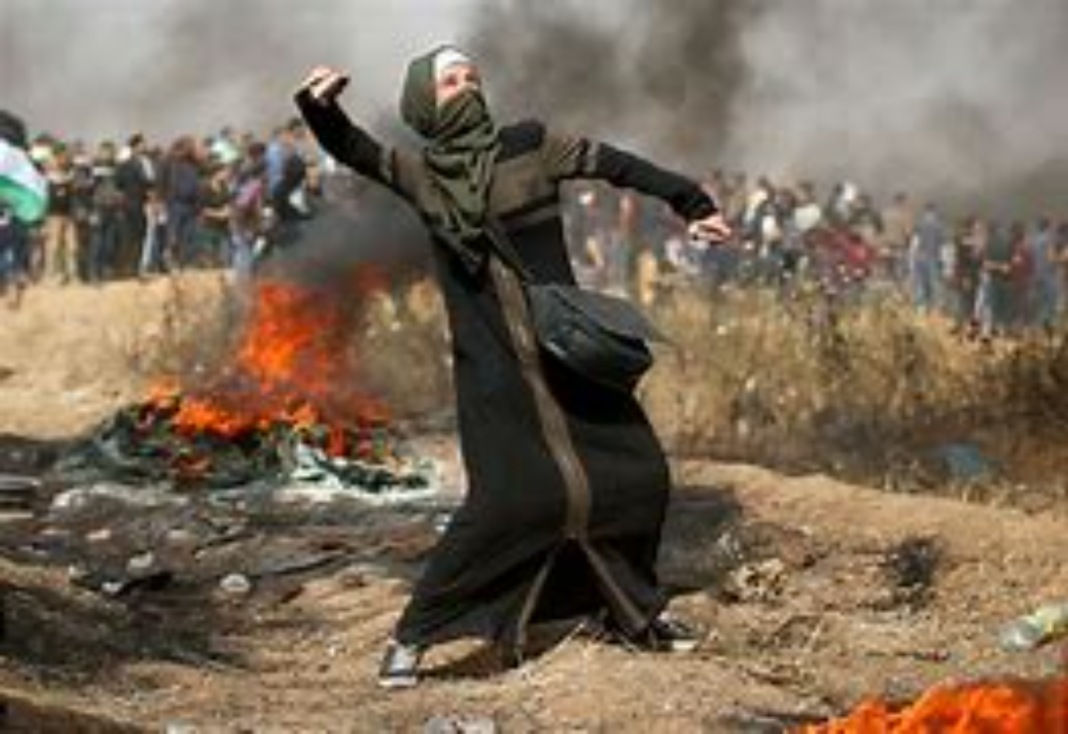 A vivid demonstration that the Democratic civil war extends beyond infrastructure.

Dems wanted to include $1 billion in the forthcoming spending bill to resupply Israel’s Iron Dome missile defense system, which has saved countless lives by intercepting rockets fired from Gaza by Hamas. And not just Israeli lives. Obviously, the more lethal an attack by Hamas is, the more severe Israel’s response will be. By holding down the death toll on their own side via Iron Dome, Israel reduces the case for lethal reprisals against the Palestinians. That’s an arrangement both sides of the Israel/Palestinian debate in the U.S. can love, no?

No. Members of the Squad announced this week that they’d vote against the spending bill if it contained money for Iron Dome. Since Pelosi’s margin in the House is razor thin, she had no choice but to strip the provision out. But here’s the important point: Because Republicans would obviously be all in favor of a standalone bill to fund Iron Dome, the Squad achieved nothing meaningful by forcing Pelosi’s hand. That standalone bill will pass overwhelmingly. Israel will get the money after all.

All lefties like Rashida Tlaib did is give their own party bad press by opposing it.

Go figure that endangered centrist Dems like Elissa Slotkin were verrrrry eager to emphasize their disagreement with the Squad:

I understand that some House Democrats object to funding for the Iron Dome in Israel. Just to level-set, a few facts (1/5):

Iron Dome, like other missile defense systems, was co-developed by the US and Israel. The research that went into the design of this system is shared between our two countries and can be used to protect our bases abroad, in addition to Israeli civilians in their homes. (3/5)

All of this is publicly-available information. So to target Iron Dome now means the issue isn’t a genuine concern over the system, but rather the desire to attack something – anything – related to the State of Israel; it’s devoid of substance and irresponsible. (5/5)

It wasn’t just centrists. Democrat Ritchie Torres is a progressive from New York but he’s distinguished himself during his short time in Congress as an outspoken supporter of Israel. Although, again, in the case of Iron Dome, supporting Israel also means supporting the Palestinians by reducing the death toll on both sides:

A missile defense system (i.e. Iron Dome) defends civilians from missiles. Hence the name. Only in a morally inverted universe would this be considered a “controversy.” https://t.co/z8moIdqWg1

Today was the vote on the standalone Iron Dome funding bill. Tlaib is a no and took to the floor beforehand to decry the “apartheid” Jewish state, the only country she routinely criticizes for human-rights abuses:

“I will not support an effort to enable and support war crimes, human rights abuses, and violence…Palestinians are living under a violent apartheid system…war crimes …Palestinian need for security from Israeli attacks…” pic.twitter.com/C0WG0CRXKG

Ted Deutch, a member of the House Foreign Affairs Committee and the chairman of the subcommittee on the Middle East, couldn’t let that slide. He did a solid for his centrist colleagues in purple districts by laying into Tlaib after she spoke:

.@RepTedDeutch after Rep. Tlaib:
“I cannot allow one of my colleagues to stand on floor of House and label Jewish democratic state of Israel an apartheid state…my colleague who just besmirched our ally…when there’s no place on map for one Jewish state, that’s anti-Semitism” pic.twitter.com/kCa5Y5W8EI

Why would Tlaib and her Squad fellow travelers cause a needless political headache for her caucus, knowing that the funding would pass one way or another? Maybe the thought of funding Israel is intolerable to her on principle, even when she knows that Palestinians will benefit from it too. Or maybe she couldn’t stomach funding Israel’s ability to defend itself specifically. If you want to see the Jewish state suffer, there’s a twisted logic in not wanting to help it repel rocket attacks. Either way, Democrats can’t hide their Israel problem anymore, writes Philip Klein:

There is of course a principled stand one could take against foreign aid in general, or against sending more money overseas at a time when the U.S. is facing historic debt. But progressives are not making any sort of consistent argument against foreign aid and have zero concern for the national debt. If current plans being pushed by progressives pass, then Democrats will have authorized $6 trillion in new spending within the first year of Joe Biden’s presidency. That’s 6,000 times $1 billion.

Nor can the position be justified as an effort to “end the occupation,” as this was not about depriving Israel of funding for offensive weapons. Stripping funding for Iron Dome only makes sense if the goal is to help Hamas become more efficient at killing civilians. And progressives were so adamant about depriving Israel of this funding to protect its population that they were willing to shut down the government if the provision was not removed.

A pointless exercise by progressives, destined to give the GOP attack-ad material while achieving nothing of substance in the process. Yet they felt so strongly about wanting to disarm Iron Dome that they went ahead and made a fuss anyway, knowing that it might cost their party something politically. You need to hate Israel a lot to follow through on a political gambit that self-destructive.

The vote is now over. In the end the Squad got eight Democrats plus libertarian Republican Thomas Massie:

Interestingly, AOC initially voted no but then changed her vote to present — before dissolving into tears for reasons that are unexplained at the moment:

Ocasio-Cortez, who changed her vote from no to present on Iron Dome at the last minute appears visibly upset. Appears to be crying on the House floor, in a hug with Rep. Jayapal

I can’t imagine that she had her arm twisted by leadership on a bill that was going to get more than 400 yays. Did she get a call that her new “Death to Israel” dress isn’t ready yet, maybe?

Biden: Cuba sanctioned over crackdown on protests and democracy