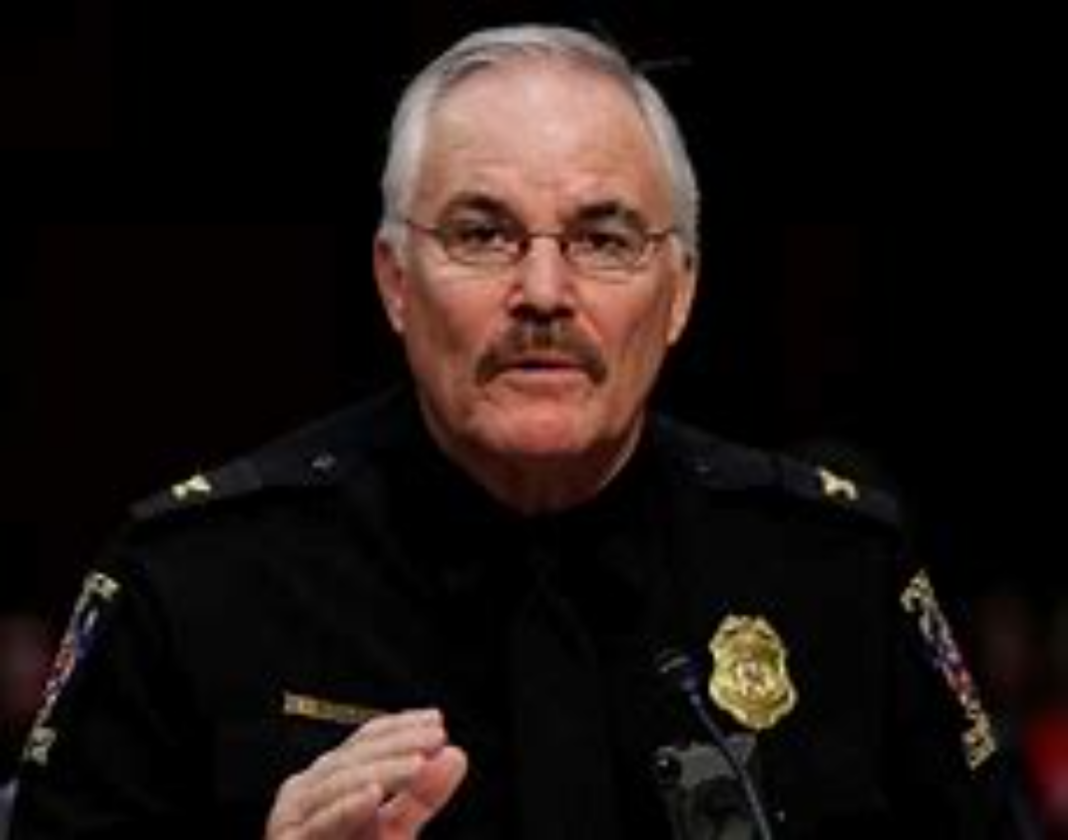 WASHINGTON (AP) — J. Thomas Manger, a former police chief in Maryland and Virginia, is the new chief of the U.S. Capitol Police, congressional officials announced Thursday. Manger will take charge of the department in the aftermath of the violent Jan. 6 insurrection in which supporters of former President Donald Trump easily overwhelmed law enforcement and stormed the building.

The Capitol Police Board, which includes the House and Senate sergeant-at-arms and the Architect of the Capitol, oversees the force and led the search. The board said in a statement that Manger had been appointed after nationwide recruitment and that they have confidence in his “experience and approach in protecting the Congress – its Members, employees, visitors and facilities.”

Manger will assume his duties immediately, starting work on Friday, the board said. His selection was first reported by The Associated Press on Monday.

In a statement, Manger said he is “humbled and honored” to join the department.

“The challenges in protecting the Capitol campus, and everyone who works or visits there, have never been more complex,” he said. “The courage and dedication of the men and women of this agency were on great display on Jan. 6th. It is now my job to ensure that they have the resources and support to continue to fulfill their mission in an ever increasingly difficult job.”

Manger takes over the embattled department as morale has plummeted. Officers have not only been dealing with the aftermath of the insurrection, when dozens of them were injured, but also long overtime hours and criticism from all sides over the failures of that day. Police leaders, along with the lawmakers that oversee them, have struggled to determine the best way to secure the Capitol and what direction to take the 2,300-person force that guards the building and the lawmakers inside it.

The department has asked for more funding for more officers and better riot gear, but legislation to provide money for the force has been held up amid partisan disagreements.

In the meantime, the massive fence that encircled the grounds was taken down in the past few weeks.

Manger served as chief in Montgomery County, Maryland, just outside Washington, for 15 years, leaving in 2019. Before that, he led the Fairfax County, Virginia, police department, where he had begun his career as a police officer in 1977. Heading the two Washington-area departments, along with his leadership position in the Major Cities Chiefs Association, have made him a familiar face in law enforcement circles and on Capitol Hill.

The Capitol Police Board said Manger is “a seasoned decision-maker who will lead with integrity” and that his “commitment to listening, fairness and transparency will be key in rebuilding trust amongst USCP sworn officers and civilian employees.”

Senate Rules Committee Chairwoman Amy Klobuchar, D-Minn., said in a statement that Manger’s appointment is “an important step forward as the Capitol Police continues to make the major reforms needed to protect the Capitol Complex and support its officers.”

The Rules panel oversees the police and had recommended the appointment of a permanent chief in a report that examined the security failures on Jan. 6.

Manger will replace acting chief Yogananda Pittman, who was elevated to the role after the former chief, Steven Sund, was forced out immediately after the rioting. Pittman was not expected to be hired permanently after steep criticism from her own officers, who said she showed little to no leadership on the day of the insurrection. The union voted overwhelmingly to show no confidence in her shortly afterward.

Pittman had been in charge of intelligence leading up to the riot, which caught law enforcement badly off guard. She conceded to Congress that multiple levels of failures allowed pro-Trump rioters to storm the building but denied that law enforcement had failed to take the threat seriously, noting how Capitol Police several days before the riot had distributed an internal document warning that extremists were poised for violence.

When Sund stepped down, Pittman became the first Black and female police chief in the department’s nearly 200-year history after becoming one of the first two Black women promoted to captain. The department has long faced allegations of racism, notably in a 2001 class-action lawsuit brought on behalf of more than 300 current and former officers who alleged they lost out on promotions and assignments to less-qualified officers and were harassed with racial epithets.

The Capitol Police board thanked Pittman “for her dedication and focused effort over the last six months to enhance security around the Capitol Complex and begin the hard work of implementing lessons learned from January 6.”

Contributing to the low morale of the force has been the deaths of three Capitol Police officers since the attack. Brian Sicknick collapsed on Jan. 6 and died the next day after engaging with rioters, from what a medical examiner determined was natural causes. Howard Liebengood died by suicide in the days after the insurrection. And Billy Evans was killed in an unrelated incident in April, when a driver ran his car into him at a Capitol checkpoint.

Four people died during the rioting, including a woman who was shot and killed by police as she tried to break into the House chamber and three other Trump supporters who suffered medical emergencies.