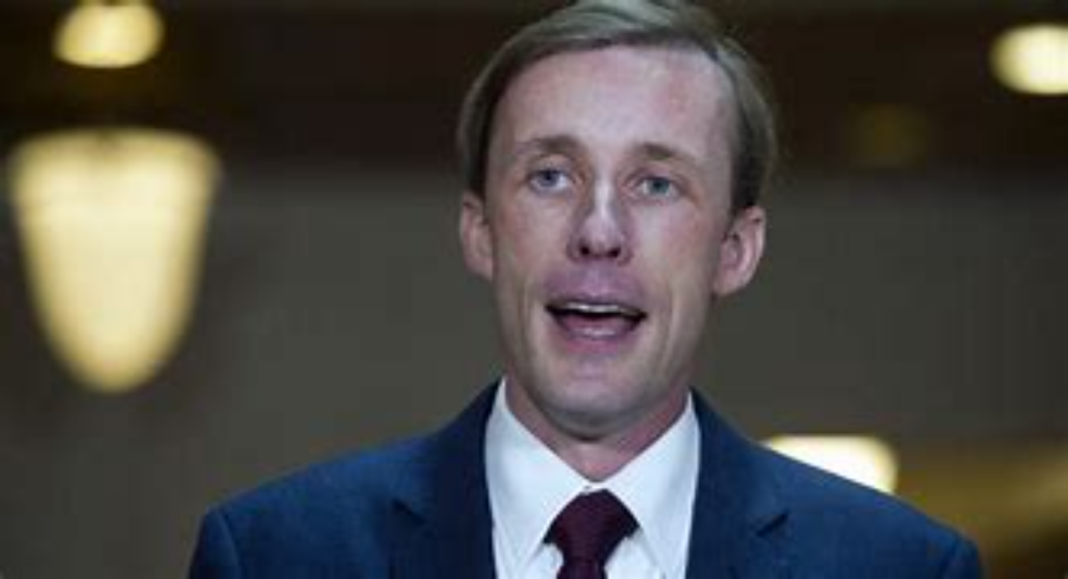 The word “bribe” isn’t used here, of course, but it’s clear what Sullivan means when he says that economic aid will be conditioned on the Taliban’s cooperation with U.S. regional priorities.

We’ve lost our ability to bend them to our will through military force, to the extent that we ever had that ability. So now we’re going to try cold cash.

Your tax dollars at work:

Compared to the thousands of American lives lost and $2 trillion spent utterly failing to build a durable central government, handing the Taliban a fat envelope of, say, $100 billion to get them to play ball seems like a bargain.

Granted, it’s dishonorable. But Americans don’t have much use for honor anymore.

Yesterday Tony Blinken hinted at which services he expects the Taliban to provide in exchange for our money. Counterterrorism help is a top priority, of course. As is the safe return of any American left in Afghanistan:

SEC. BLINKEN: “The Taliban seeks International legitimacy and support… The Taliban can do that.” pic.twitter.com/lcx6FG4uaQ

Our less self-interested demands, like forming an “inclusive” government and not conducting reprisals, aren’t likely to be met. In fact, there are reports of reprisals already being carried out. But the American people will probably tolerate that with greater or lesser degrees of discomfort so long as our own citizens are allowed to leave. Will they?

Or will they be held as leverage?

“They had been going to the airport for two weeks trying desperately to get out. They all have American passports…They couldn’t get past the Taliban.” pic.twitter.com/NnbCdlNHO2

Jim Geraghty reports this morning that American green-card holders got an email from the State Department yesterday advising them, among other things, to “keep a low profile,” which is prudent, ominous, and shameful in that it’s necessary at all.

Ed wondered this morning how much economic leverage we really have over the Taliban considering that we hold $7 billion worth of Afghanistan’s liquid assets and they hold $24 billion worth of American military assets which they can sell or trade to enemy powers for consideration. Good point, and don’t forget that Afghanistan is sitting on a cool trillion dollars’ worth of minerals, including rare-earth minerals which rising powers like China are eager to exploit. The best-case scenario for Afghanistan long-term may be the Saudi Arabian model, in which its ruling Salafist regime gets fabulously rich and lazy off of the country’s natural resources and decides to make nice with major powers on counterterrorism in the name of enjoying its wealth.

But the Saudification of the Taliban won’t happen overnight. In the meantime they need money immediately to pacify Afghanistan and avert an economic collapse. Maybe they can get everything they need for now from selling off our materiel, but eventually those profits will be spent. Without good relations internationally, especially with the west, revenue will be harder to come by. And so…

“The Islamic Emirate wants a good and diplomatic relationship with the Americans,” Zabihullah Mujahed, the Taliban’s main spokesman, told reporters on Tuesday from the Hamid Karzai International Airport, which was the last place under American control…

Despite the jubilant mood among Taliban leaders, now the hard part of governing begins. They must put in place a functioning government, figure out how to get the airport running, stem rising prices of essential goods, stave off an economic crisis after the U.S. cut off aid and avoid a civil war with both ethnic-based armies and a local branch of the Islamic State…

For the Taliban, lots of money is at stake: The International Monetary Fund on Aug. 19 cut off the group from using fund reserve assets just days before the nation was set to receive almost $500 million. One potential source of funds is China, which on Tuesday called on the world to help out the Taliban.

The Taliban needs cash and Biden needs U.S. citizens left in Afghanistan back home in one piece — urgently. A new Reuters poll found that a combined 74 percent of Americans believes the military should have stayed put until all of our people were safely out. (Forty-nine percent thought the military should have stayed until all Afghan friendlies were safely out as well.) Overall, approval of Biden’s handling of the Afghanistan withdrawal stands at 38/51. If the Taliban starts killing Americans who were left behind, Biden’s presidency won’t recover. As such, the White House will pay virtually any price to get them out.

But if they do get them out, the withdrawal fiasco might be less of a liability for Biden than we assume. The Times interviewed a bunch of voters in a California swing district and found that many were pleased that America was finally, finally, finally gone from Afghanistan even though some thought the president had made a hash of the evacuation process. “They had plenty of time to prepare to get everybody out, and they totally messed it up. But I don’t blame President Biden for everything. This came after many, many presidents made mistakes,” said one resident. That’s exactly the view Team Joe has been hoping people would take of ending the war — the long view, that it’s finally over, not the short view, in which we just lost 13 soldiers whose lives might have been saved if the evacuation had begun months ago. How the Taliban handles the Americans left in its clutches will help decide which view prevails.

The rise of Inflation