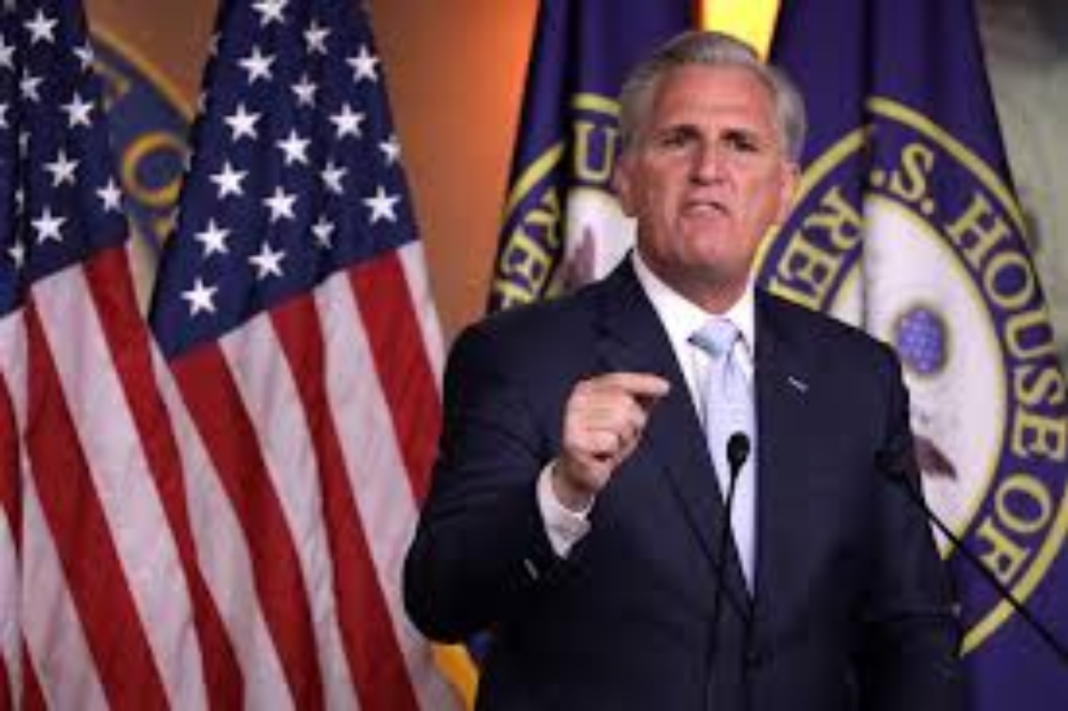 I’m surprised, having guessed earlier that Republican votes would top out at around 22. Figure the 10 who voted for impeachment would support the commission plus a dozen or so others, mainly friends of John Katko who resented how McCarthy hung him out to dry by opposing the deal Katko negotiated.

Democrats ended up with 35 instead, a number that should make McCarthy nervous. He and Scalise quasi-whipped this vote to try to hold the caucus together, with everyone involved knowing that McCarthy himself might be a key witness before the commission. Didn’t matter to nearly three dozen of his members. Clearly they have little respect for him, and just as clearly Trump and populists will be irate that McCarthy failed to prevent this show of “disloyalty.” They’ll demand to know in particular why he deputized Katko to make a deal with the Dems knowing that Katko voted for impeachment in January. What will McCarthy say?

Here’s the roll of the “disloyal.” All 10 who voted for impeachment voted for the commission, of course. There’s no point trying to ingratiate yourself to MAGA fans now after having crossed them on that earlier vote. The bridges are already burned.

I don’t grasp the logic of voting no on impeachment to protect yourself from a primary challenge only to turn around and vote yes on a commission that every GOP populist in America will spend the rest of the year whining about, which will also probably earn you a primary challenge. Once you’ve made the Faustian bargain for careerist reasons to look the other way at “stop the steal” and the insurrection, it only makes sense to keep up that bargain no matter where it takes you. That’s what people like Dan Crenshaw and Nancy Mace did, opposing impeachment in January and now the commission for the sake of not being targeted by Trump or his fans. If there’s a House vote later this year on whether to accept the commission’s findings, no doubt they’ll vote no then too. Where’s the sense in opposing impeachment but supporting the commission, though, as 25 Republicans did today? They’ve just put bulleyes on their backs, belatedly.

Do these people not understand that one’s loyalty to MAGA is only as good as the last loyalty test they took? There’s no “reservoir” of goodwill earned from voting no on impeachment. They failed today’s test, ergo they’re now enemies.

Anyway. Floor votes don’t usually have much drama but this one had a little. Democrat Tim Ryan, who’s running for Rob Portman’s soon-to-be vacant Senate seat in Ohio, seized his minute on the House floor to stir up a little buzz for his candidacy:

.@RepTimRyan: “Holy cow! Incoherence! No idea what you’re talking about…we have people scaling the Capitol, hitting the Capitol Police with lead pipes across the head and we can’t get bipartisanship. What else has to happen in this country?!?” pic.twitter.com/9aeTfJnsAT

This scathing but mysterious letter from “Proud Officers of the United States Capitol Police” appeared shortly before the vote too:

NEWS: MEMBERS of the U.S. Capitol Police have issued a statement to members of Congress expressing “profound disappointment” with McConnell and McCarthy’s positions on the Jan. 6 commission, citing the “trauma” that officers endured that day. pic.twitter.com/CRweVhIAnD

Were the Capitol Police taking a position on this bill? Er, no. Even though it was the organization’s letterhead, the USCP issued a statement saying that membership had no view of the legislation. So who sent the letter?

Here is the note that @RepRaskin’s chief of staff sent with the letter from some Cap Police officers.

That letter is NOT from the department pic.twitter.com/w55IyA9YCF

CNN spoke to the officer who wrote the letter who said it represents the views of 40-50 officers.

“It needed to be out there. It needed to be done,” the officer told @jamiegangel. CNN could not independently verify other officers supported the letter.

It’s unclear if the letter had any impact on Republicans who voted yes. We’ll hear more about that tomorrow.

The most interesting thing about the 35 GOP defections is that Pelosi had threatened earlier in the day to investigate the insurrection via Democrat-controlled House committees if the commission can’t get through the Senate. That was a potential excuse for House Republicans to vote no on a party line, as the GOP would doubtless prefer to have hyper-partisans like Jim Jordan involved in the investigation to counterprogram the Dems than to have it farmed out to former officeholders with fewer partisan incentives. The fact that 35 voted yes anyway suggests they viewed the riot as something more than just partisan business as usual, which of course it was. They’re taking this seriously, even if it means antagonizing Trump. I suppose having a mob show up to your place of work hoping to overturn an election and maybe hang you in the process will do that to you.

And so now we wait to see how McConnell’s caucus will handle it. Seven Republicans there voted to convict Trump in February. Schumer needs three more to get to 60 votes and beat a filibuster, with McConnell on record already as opposing the commission. Can the Dems find three now that 35 House Republicans have provided Senate GOPers who are on the fence with a little cover to vote their conscience?

I’ll leave you with this short but effective speech by Michigan Republican Peter Meijer before the vote. Meijer has the distinction of being the only freshman to vote to impeach. His congressional career will likely be short but it’s been honorable.

I just spoke on the House floor in strong support of H.R. 3233, a bill to establish a bipartisan commission to investigate the disgraceful Jan. 6 attack on our Capitol. I proudly supported this effort back in January, and I will vote in favor of it tonight. (1/2) pic.twitter.com/67AL3WBeyN

China’s Brutal Treatment of the Uyghurs