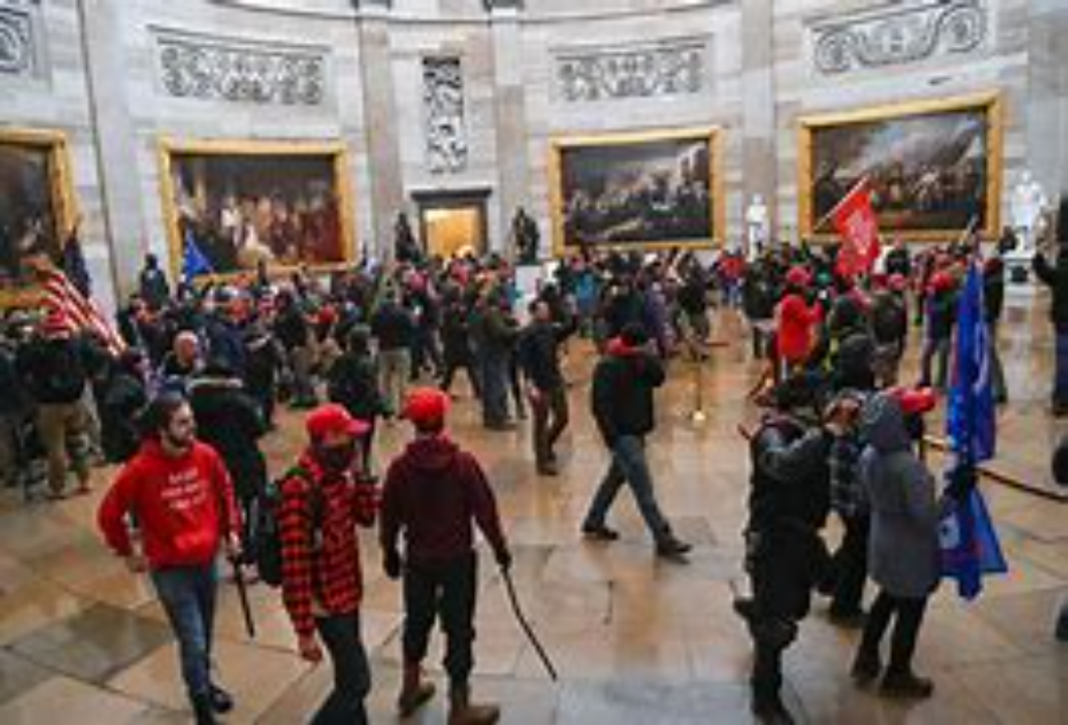 On Saturday, The New York Times reported that it had obtained information that an FBI informant marched with those who entered the US Capitol on January 6. From the mainstream media, we have heard these events called riots, and that pro-Trump insurrectionists were attempting to overthrow the country. This story from the NY Times tells a completely different story though. One that no one in mainstream media wants to talk about.

According to the report, the FBI was receiving real-time text updates on the activities that day. A member of the Proud Boys group had turned FBI informant and was giving notifications to his FBI handler all throughout the event.

Mainstream media outlets continue to spin this story that the Proud Boys were behind the event, having planned an attempted takeover. But the information contained in this article puts that theory to rest. The informant clearly stated there was no preplanning to go to the Capitol.

Another article on the subject shares that there have been 600 charged, with only 15 of those being members of the Proud Boys. This also puts to rest the idea that the Proud Boys were the largest group behind what happened that day.

What these articles do not put to rest is why the events happened and who is to blame. In fact, the articles clearly give way to another narrative that is worth exploring in more detail.

If the FBI had advanced knowledge that these events were taking place, why were they not active in trying to stop it? In fact, they had not just one informant, but two according to the NY Times. They were receiving this knowledge twice.

They were notified that the group was leaving the Washington Monument area and walking toward the Capitol. A walk that would take many minutes to complete. If they went down Pennsylvania Avenue, as the mainstream media has tried to blame former President Donald Trump for giving them orders to do, the path would have taken them directly past FBI headquarters and the Department of Justice.

According to timelines, the “rioters” started to try to gain access to the Capitol at 1:10 p.m. It was one hour later before the first police line was actually breached according to the timelines. It was nearly 2 hours after that until the National Guard was requested and activated to help secure the Capitol.

But where was the FBI? Where were these federal law enforcement officers that had advanced knowledge of the events taking place? You do not hear anything about them in the timeline. I wonder why that is?

Perhaps it is because the FBI has a track record for taking orders directly from the Democrats. It has been proven that they directly attempted to prevent Trump from taking office and made up the Mueller sham. Did someone among the Democrats ranks order the FBI to allow it to happen? After all, it was an event the Democrats wanted to have happen to capitalize on things politically.

They were monitoring the situation and they knew that these people were unarmed. They knew that it was merely people with flags, clothes, and whatever they could rummage from the Capitol building to fight with. They knew the risk was minimal when they have law enforcement protecting them against unarmed Americans. It’s the Democrats’ dream scenario.

If they allow the “dangerous” and “disturbing” events to continue, they can then create a much larger image of how bad Trump and conservatives really are. They can put up large barriers to protect Congress. They can order our National Guard to sleep in parking garages, maintaining their deployment as a political stunt to help their cause.

Someone, somewhere, gave that order. Someone ordered the FBI to allow the events to happen. Someone did not request the National Guard at the first sign of trouble to secure the Capitol. They had weighed the risks and knew what they were up against.

Whoever it was, painted a beautiful narrative for the mainstream media to use in the anti-Trump agenda. It appears this was just the latest fabrication of truth from the radical left. They will stop at nothing in their march to destroy our nation.