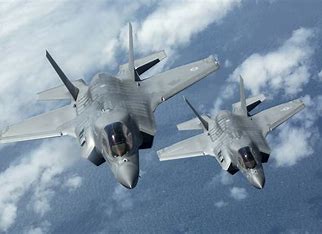 Japan plans to spend the equivalent of $50.1 billion on defense in fiscal year 2023 starting in April, the first steps in a larger initiative to supersize Japan’s military, marking a 180-degree reversal of the country’s post-WWII pacifism. Burgeoning threats from China and North Korea spurred the change, and Tomahawk missiles deployed to naval warships could enhance Japan’s ability to deter attacks, the WSJ reported.

Japan intends to double military spending to $350 billion by 2027, Reuters reported on Dec. 16. The plan includesfunding for purchasing missiles capable of striking China and would transform the once-pacifist country into the world’s third-largest defense spender.

North Korea launched two more ballistic missiles in the direction of Japan minutes before the cabinet meeting in Tokyo, the WSJ reported. The isolated country has conducted more missile tests in 2022 than any year prior as it seeks to develop a modern military and nuclear capabilities.

$10.6 billion of Japan’s new budget is directed at developing capabilities that can strike facilities on enemy territory if adversaries appear poised to attack, abilities that were prohibited under Japan’s former self-defense strategy, the WSJ reported. Some opposition lawmakers warned this policy reversal increases the risk Japan could wind up as the aggressor in a future conflict.

Japanese Defense Minister Yasukazu Hamada said Japan would carry out preemptive strikes as long as he had credible evidence the enemy was preparing an offensive, according to the WSJ.

After China launched 11 ballistic missiles in the waters near Taiwan in August, Japan’s defense ministry said five of the missiles landed in Japan’s exclusive economic zone (EEZ), territorial waters recognized under the United Nations Convention on the Law of the Sea. The launches could be interpreted as escalatory, according to The Japan Times.

The new budget also allocates $1.6 billion for purchasing Tomahawks from U.S. manufacturer Raytheon and $832 million to ensure Japanese troops and Aegis destroyer vessels are trained and equipped to launch the weapons.

The Pentagon and Raytheon declined to comment to the WSJ on Japan’s new spending plans.

The U.S. has used Tomahawks extensively in Middle East counterterror campaigns and currently holds a stockpile of rougly 4,000 missiles, according to the WSJ. Currently, only the United Kingdom has a deal with the U.S. to import the weapons.

Japanese Prime Minister Fumio Kishida said the country stood at a “turning point in history” at a press conference Friday. He described Japan’s military escalation as an “answer to the various security challenges that we face.”